Dancing with the Stars, play-off between Costantino Della Gherardesca and Antonio Catalani canceled 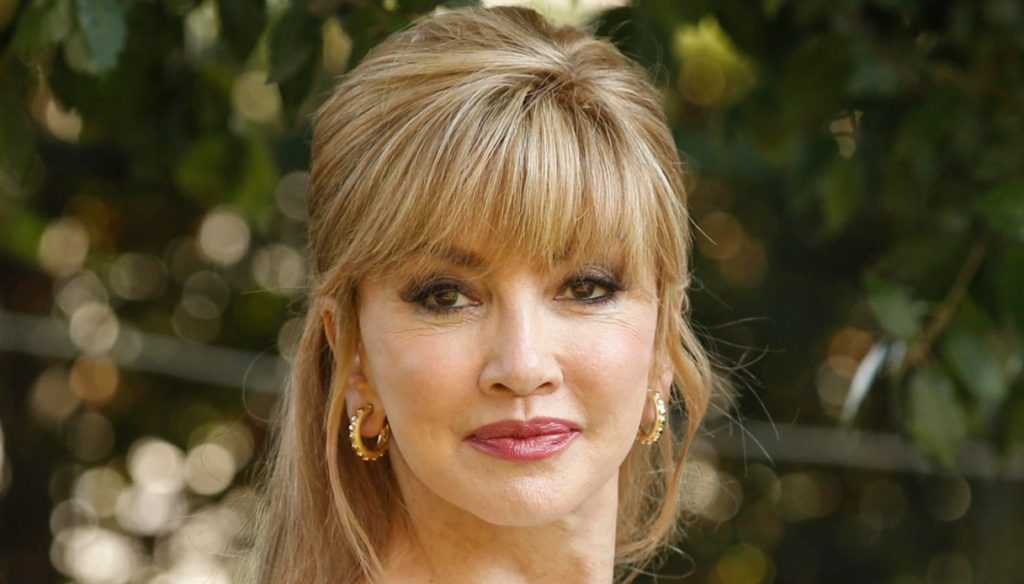 The vote for the play-off between Antonio Catalani and Costantino Della Gherardesca has been canceled in Ballando con le Stelle. The announcement was made by the production that in a statement published on Instagram spoke of "obvious anomalies". The production of Milly Carlucci's show would then have decided to cancel the voting session.

What happened on Saturday night during the play-off: the background

The last episode of Dancing with the Stars ended with a real twist. Milly Carlucci in fact had decided to close the show without announcing the winner of the play-off between the couple made up of Antonio Maria Catalani and Tove Villför and that made up of Costantino della Gherardesca and Sara Di Vaira. The decision had caused heated controversy on social media and in the studio the conductor of Beijing Express had appeared irritated. In a video that appeared on Twitter in a few seconds, some users had immortalized his reaction: while Milly Carlucci and Paolo Belli greeted the public, without revealing who would have left the broadcast, Costantino had not hidden his disappointment. Shortly before, in front of the jury, Della Gherardesca had defended his performance. “It is not a dance hall, but a program to entertain the public – he told the jurors who objected to him thinking little about the dance and more about the performance – […] You can't see beyond the costumes. A minimum of open-mindedness! ".

What the production of Dancing with the Stars declared: the official press release

If during the last episode of Dancing with the Stars, Milly Carlucci had not revealed the reasons that led her not to declare the winner of the playoff, a clarification came from the production of the show. In fact, a post was published on the Instagram profile of the program announcing the cancellation of the vote. "The production and the authoring group of Ballando con le stelle – we read – announce that, since the opening of the social voting relating to the final playoff of the fourth episode of Dancing with the Stars between the couples composed by Antonio Catalani and Tove Villfor and Costantino Della Gherardesca and Sara Di Vaira, some anomalies were found, which on a more in-depth analysis turned out to be quite evident ".

The anomaly would have prompted the production to make further checks: "The trend of anomalous situations has worsened over the hours. From a careful and rigorous analysis of DATALYTCS, the company commissioned by Rai to collect the votes from the official accounts of the program, it emerged that the votes received in favor of the Antonio Catalani / Tove Villfor couple are about 80% from foreign countries and from other continents and that most of these votes arrived simultaneously at specific times and often at night ”.

For this reason, the production of Dancing with the Stars would have taken an important decision: "Therefore, in order to ensure fairness in the voting, ensure equal treatment between competitors, safeguard the spirit of loyalty that has always distinguished Dancing with the Stars. and to give due weight to the real popular will, it was decided to invalidate the vote pending further analyzes, decisions and developments. The modalities in which it will be possible to proceed to give an epilogue to the play-off will be subsequently communicated. It should be noted that the same anomalies were not found in the previous episodes. In any case, the provisions on the correctness of the social vote will be further specified, with a specific appendix to the regulation and in the explanatory note, also providing, for maximum transparency, the publication of the results of the votes ".

What happens now: the assumptions

What will happen now? Difficult to say, but the production of Dancing with the Stars has guaranteed that it will communicate the new way in which Antonio Maria Catalani with Tove Villför and Costantino della Gherardesca with Sara Di Vaira will play the permanence in the program. The announcement could always take place via social media, as happened in the past, but also in the next episode of the program when certainly Milly Carlucci will clarify the situation further.

The release of the broadcast was shared on Instagram by both Sara Di Vaira and Costantino della Gherardesca. The dancer explained in the Stories that she does not know anything more about what will happen, but she anticipated: "Now we are back in the rehearsal room and we will do our best not to disappoint you". Costantino instead posted a video in which, after a day of training, he reveals that he is upset by what happened. “I had quite unpleasant news – he explained, speaking of the anomalies discovered by the production of Dancing with the Stars – […] Someone cheated at my expense. I hope that none of the competitors did this. In short, I was hoping to be at least popular as a person if not as a dancer. I'm a bit sad, I didn't like it ". Shortly after he shared some fake votes in the Instagram Stories, ironically: "Already I live in perennial anxiety, now this thing that they buy votes against me". No comment from Antonio Maria Catalani and Tove Villför instead.

Barbara Catucci
5380 posts
Previous Post
Alpha generation, a portrait of our future
Next Post
Nutrition and hair health: what to eat and what to avoid