Dancing with the Stars, Tinna Hoffmann on Instagram reveals how Rosalinda Celentano is doing 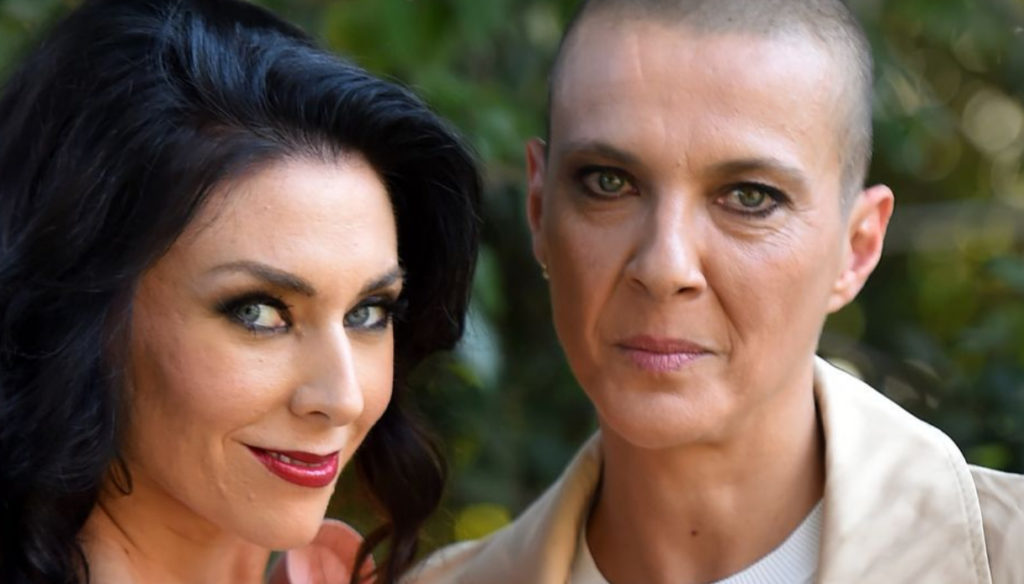 Tinna Hoffmann behind the scenes of "Dancing with the stars" reveals how Rosalinda Celentano is doing, while Alessandra Mussolini is back on track

Tinna Hoffmann on Instagram reveals how Rosalinda Celentano is after the leg problems a few days ago and the fears for her participation in Dancing with the Stars. In fact, the daughter of Claudia Mori and Adriano Celentano in recent days had accused the pain that had forced her to stop. After the last episode of Milly Carlucci's show, in which she told herself without filters, conquering everyone with her talent, Rosalinda had allowed herself a very short break due to leg problems.

Tinna, who performs with her on Dancing with the Stars, has however assured that she will be on the air and will perform with her as planned. “Today was a long day of rehearsal and recording – explained Hoffmann in Stories -. I know there are a lot of rumors that Rosalinda is in pain with her leg. True, but he is being treated by an osteopath and a physiotherapist, he is doing specific treatments to get better. But I can assure you that we will be on the dance floor at Ballando, we will dance for you and we will put all of ourselves to entertain you as always ". Despite the pain, therefore, Celentano would have chosen to perform anyway, demonstrating great professionalism and willpower.

Alessandra Mussolini will also be on the dance floor of Dancing with the Stars, who seems to have recovered after the accident of recent days. The former politician, who participates in tandem with Maykel Fonts, had had a small accident during rehearsal, ending up in hospital. "I immediately started to lose blood – he told Storie Italiane -. Both Milly Carlucci and the production immediately rushed to find out about the accident. In the emergency room the blood loss didn't stop so Milly advised me to do some x-rays. I thought I had broken my bone, instead I only have a problem with the septum, with the cartilage, otherwise I would have had to operate ".

In the last few hours, Mussolini has appeared smiling in Maykel Fonts' Instagram Stories. She and the dancer have announced the dress rehearsal for the new episode of Dancing with the Stars, confirming, in fact, that they will be on the show. Raimondo Todaro has also fully recovered and, after hospitalization and absence during an episode, will once again be on the track paired with Elisa Isoardi.