Dante, the women of the Divine Comedy 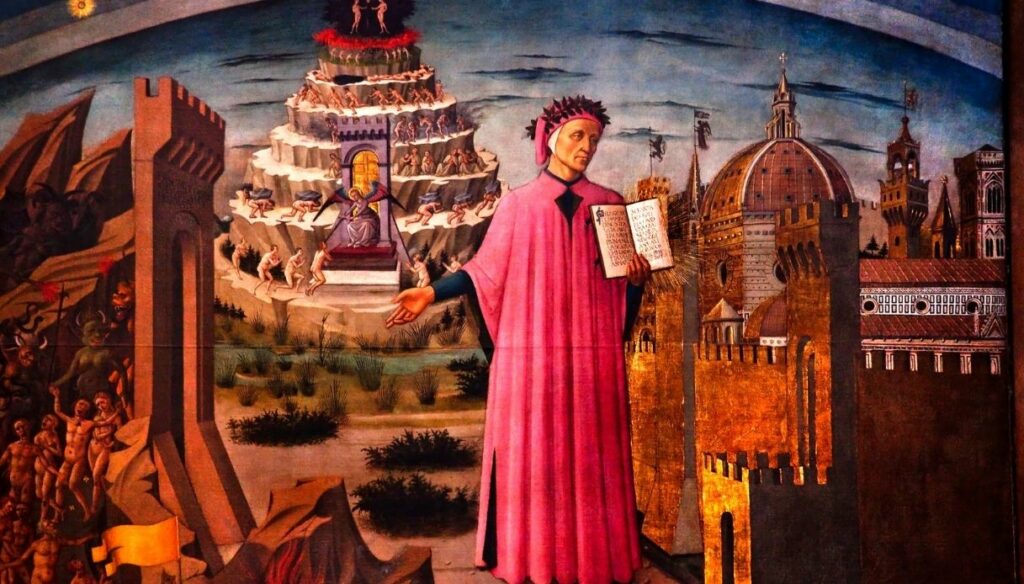 From Beatrice to Francesca, the female figures of the Divine Comedy of the Supreme Poet

From Beatrice to Francesca, passing through the numerous women who meet in Dante Alighieri's Divine Comedy, the Supreme Poet which is celebrated on March 25 on the occasion of the national day dedicated to him: Dantedì which was established in 2020.

The Divine Comedy is divided into three parts: Purgatory, Hell and Heaven and on this journey Dante meets many characters, many of whom are women from the past or from the era of the poet, mythology and the Bible.

Among the most important is undoubtedly Beatrice, a woman loved by Dante, whom he meets in the course of the poem several times and also as a guide for a part of Paradise. Beatrice in life was Bice, born in Florence in 1266. She married at 19, only to die at 24. Apparently she and Dante met when they were nine.

Another important woman in the Divine Comedy is her Madonna Dante declaims the many virtues that are remembered along the way. Another woman who helps Dante on his journey is Saint Lucia, a Christian martyr.

There are many women that the Supreme Poet mentions only along the way. In Limbo he meets important female characters from ancient history and mythology, while in Hell he sees Taide, a harlot, in Canto V in particular he is shown, among others, Dido, Cleopatra and Elena. Here he also meets Francesca, one of the best known characters of the Divine Comedy and she herself speaks to the Supreme Poet, giving life to some of the most famous lines of the poem. Daughter of Guido il Vecchio da Polenta, lord of Ravenna, according to Dante, despite being married to Gianciotto Malatesta, she had an affair with his brother: Paolo.

In addition to these, there are many women who in the course of the work are only mentioned by Poet, among those he meets in Hell we can remember Megera, Tesifone and Aletto: the three Erinyes.

In Purgatory, however, Dante makes the acquaintance of Pia de 'Tolomei who in life was killed by her husband Nello de' Pannocchieschi, who made her fall from the balcony of her castle. Another meeting is that with Sapìa a Sienese woman, who apparently was part of an important Sienese family. Here, too, there is no shortage of mythological characters from the past.

Among the prominent female characters of Paradise we can remember Piccarda Donati: whom Dante portrays as a very religious woman who entered a convent in Florence, but then kidnapped and given in marriage. She is together with Costanza D’Altavilla also presented as a woman removed from a convent to be married.

Many women, all different from each other, that the Supreme Poet has made immortal thanks to the Divine Comedy.