Dayane Mello breaks the silence on Rosalinda: the unexpected words on Instagram 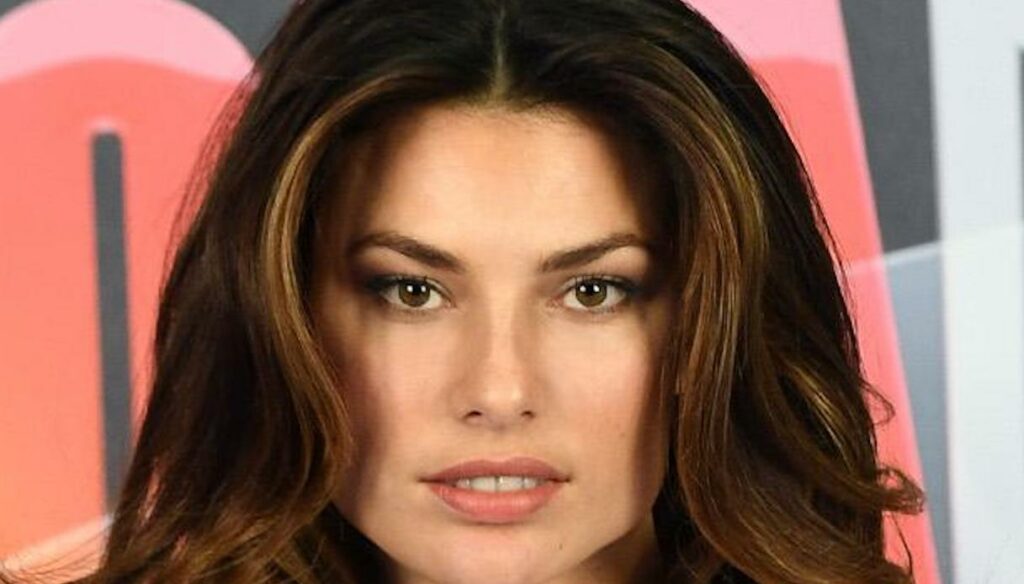 The saga of Dayane Mello and Rosalinda Cannavò does not stop giving twists: the former gieffina has broken the silence on their friendship, answering questions from fans on Instagram and clarifying once and for all how things are, letting go an unexpected confession.

The one between Dayane Mello and Rosalinda Cannavò seemed like a splendid friendship, destined to last forever, but it melted like snow in the sun after crossing the red door of the Big Brother Vip house. Their bond, born during the months of participation in the reality show, would have cracked over time because both were unable to cultivate it once they were away from the cameras of the Cinecittà loft.

Things then degenerated after Mello’s participation in La Fazenda, a Brazilian reality show, where she would have been harassed by competitor Nego De Borel and suffered bullying: Rosalinda Cannavò, who in the meantime is experiencing a beautiful love story with Andrea Zenga, on that occasion, wanted to defend her (ex) friend with the sword, all the more so after Dayane’s unexpected reaction.

In fact, the former gieffina had turned her back on Cannavò, downsizing everything that seemed to have happened in La Fazenda. “I fought for this cause – the actress had declared at Casa Chi – and I will always do it regardless. I do it because it is my principle, because I went through it firsthand. I would do it again. I don’t know if this is an initial phase in which maybe she doesn’t realize what happened “. The bond between the two former gieffines was completely closed despite the attempts of Rosalinda, who had tried to send her messages and contact her after the events of La Fazenda.

Answering questions from fans on Instagram, Mello broke the silence on Rosalinda, revealing how things stand between them. In fact, a fan asked her what relationship she was with Cannavò and the model’s response was very harsh. “If I will make peace with Rosalinda one day? For now it has been nothing and I do not expect anything from this person. In fact, I just left for Brazil and she was here to spoil my whole private life. This means being a friend, no, I think not “.

It seems, however, that after writing these words, Dayane soon regretted it, removing the post between the stories. The questions then continued: the model’s reaction was triggered by a statement by a follower of “Rosmello” – name attributed to the duo during their participation in the GF Vip – who wrote that their story would continue to live in the hearts of fan.

Mello’s reply was decidedly irritated: “That is your thought and your preference, to remind you that we are not two. This is my life, my experience, my work what has already passed on. Don’t be creating a love story, because it never existed. And it will never exist, maybe only in your head “. 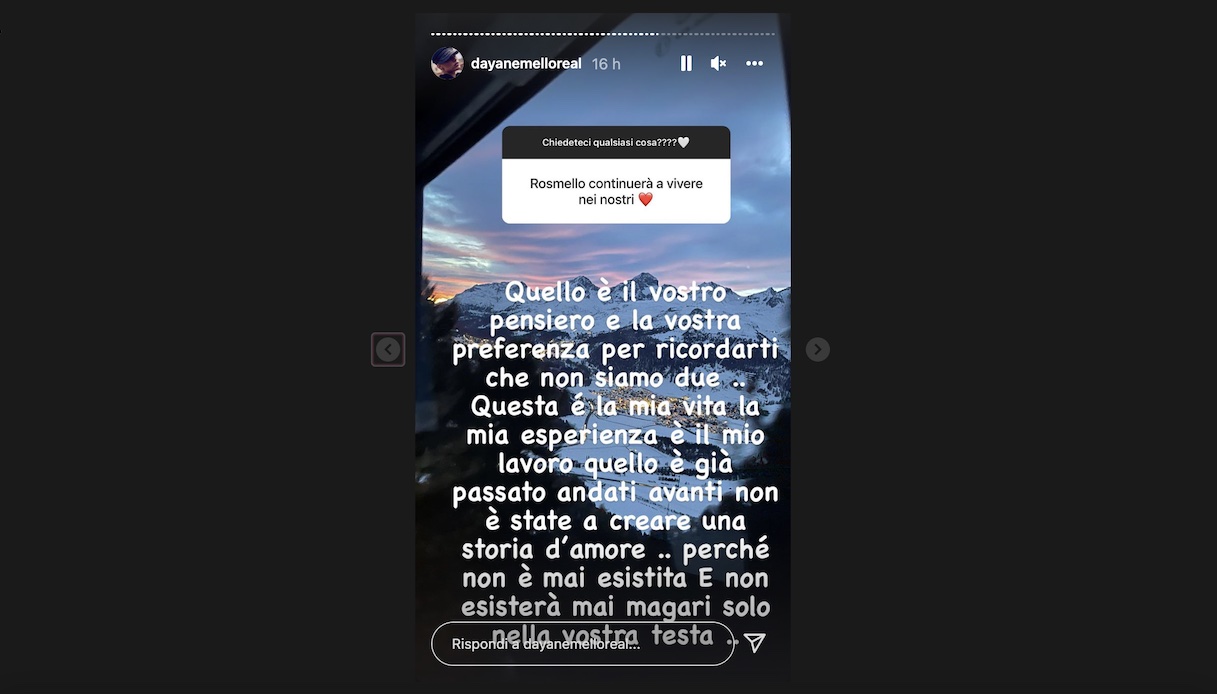 Barbara Catucci
11547 posts
Previous Post
Best makeup products 2021 to take with you also in 2022
Next Post
Clizia Incorvaia, the most beautiful embrace: her new year begins with serenity