Decreased sense of smell, when it is a symptom of Parkinson's and Alzheimer's diseases 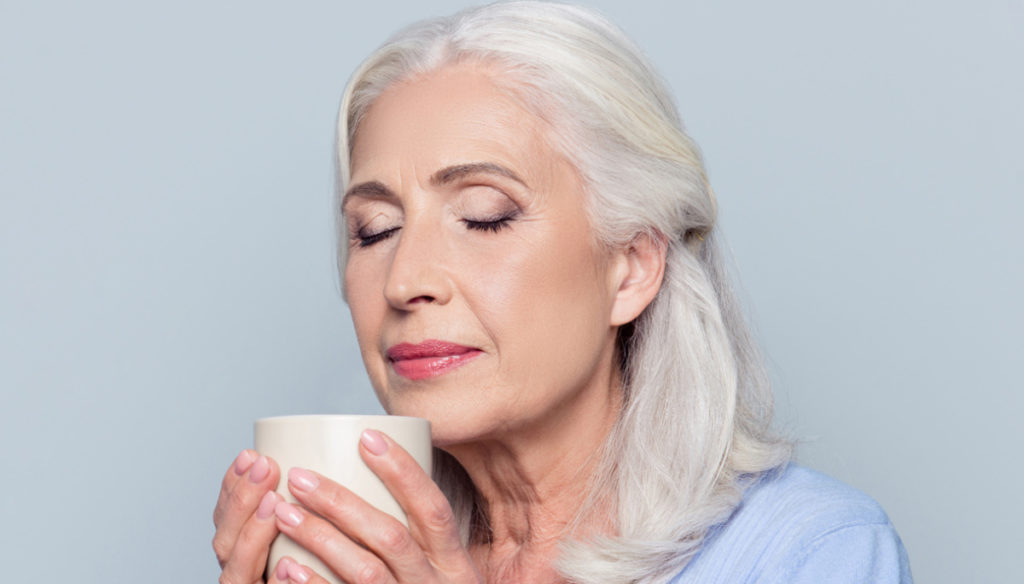 The prolonged olfactory decline over time can be an important alarm bell for Parkinson and Alzheimer. What to do

The season is not exactly ideal to perceive aromas, perfumes and more well. Viruses that attack the respiratory tract, first of all those that cause a cold and stuffy nose to reach the seasonal flu, tend to make the perception of olfactory sensations more complex. And the allergy season will begin shortly, with rhinitis that certainly does not facilitate the sense of smell.

In short, nothing strange and, above all, permanent. But there are cases where an olfactory drop can also indicate that something is not working out for the best. So, since women appear at greater risk than males on this front, it is better to know what can be treated.

Although an olfactory decline can happen to everyone, and to all ages, the data released in the USA by the National Institute of Health say that especially the fairer sex, in the median ages of life, can experience a decrease in these perceptions.

The numbers say that just under 25 percent, compared to 11 percent of males, between 60 and 69 years of age report problems in the perception of smells and perfumes, with a tendency to increase the problem with advancing age .

It will be said: if I cannot perceive the aroma of the sauté or the perfume I have just chosen, nothing serious. Yet this is not quite the case, as reported by a study conducted some time ago by the team of Johan Lundström from the Monell Chemical Senses Center in Philadelphia, which appeared in the journal Scientific Reports.

The study involved over 3,000 men and women aged between 57 and 85 who underwent a particular odor identification test. While no particular changes in social behavior were observed among males in the event of olfactory deficits, even in old age, in women it was noted that those who presented greater deficiencies in the sense of smell also had fewer friends and tended to live a more lonely, almost as if the sense of smell were a more general alarm signal.

When the olfactory deficiency becomes an alarm signal

As we have said, a temporary decrease in the sense of smell – especially if with well-defined causes such as allergic or viral rhinitis – should certainly not be of concern. By freeing the nostrils from the mucus that accumulates, in fact, it is possible to overcome the disturbance without particular nuisances.

The picture changes when the olfactory deficit is maintained over time, becoming almost a sort of life partner for those who suffer from it. Even the seemingly insignificant annoyance could be a sort of preventive "spy" of something that is involving the nervous system. In fact, several degenerative neurological diseases have a long period preceding the onset of the characteristic symptoms of the pathology.

In this sense, the olfactory decline can become an alarm signal, which marks the beginning of a dysfunction of the central nervous system. The loss of smell, which can be a symptom of the onset of Parkinson's disease, Alzheimer's disease or other rarer forms of cognitive impairment.

Parkinson's disease, for example, is characterized in the full-blown period by the presence of classic motor symptoms, such as tremor, muscle stiffness and slow movements, but it can be preceded by non-motor symptoms, even years before the onset of the disease, with depression-like disorders, anxiety, sleep disturbances, daytime sleepiness, vegetative disturbances, and, in fact, smell disturbances.

Don't believe it? In almost nine out of ten cases Parkinson's disease is accompanied by a decrease in the ability to smell. And this "signal" can even precede the onset of the disease for years. To know if something is not working, in any case, just a simple check. In summary, therefore, if the nose does not satisfy you and changes its performance, talk to your doctor.