“Detto Fatto”, sexism is not fought by attacking the dancer

The dancer of the discussed tutorial of "Detto Fatto" targeted on social media, the insults that are not good for anyone 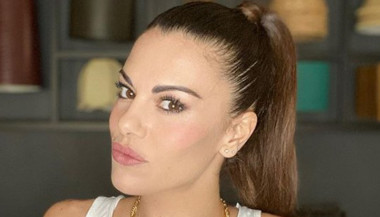 There is a line between criticism and violence. And in the story of the Detto Fatto tutorial, that boundary was far exceeded. Because on the net there are those who thought it was right to fight sexism and defend the dignity of women by attacking other women. Just take a tour of the comments on the photos of Bianca Guaccero and the dancer protagonist of the video at the supermarket to realize the paradox.

A few days have passed since the broadcast and, although everything and more has been written, the controversy does not seem to diminish. The program was suspended (although in its place a rerun with models in lingerie was aired that caused the same discussion), the presenter apologized via social media and the RAI leaders promised to investigate the incident.

But there is another person directly involved in the affair for whom the last few hours have been a real nightmare: Emily Angelillo, the girl who gave the offending "lesson".

The young pole dancer, as we said, was targeted on social networks (as often happens in these cases) and was forced to limit the comments under her posts to avoid suffering further verbal aggression by those who judged the tutorial sexist.

In short, once again, to defend women, someone thought it was right to resort to insults and moreover to another woman.

"I am truly embittered and sorry for everything that happened – wrote Emily Angelillo on her Instagram profile – First of all I am sorry for all the women who felt offended and for having found myself in this media storm that overwhelmed me, giving me an image that does not represent me ”.

The dancer adds that she has always been in favor, precisely as a dance and pole dance teacher, of freedom of expression and the breaking down of prejudices and preconceptions of any kind: "I have always fought against the clichés and stereotypes concerning my job. Being accused of transmitting sexist messages hurts me because it is not my sensitivity, ”she writes.

But this was not enough to avoid what in social jargon is called the "shitstorm", that is the bombardment of negative comments (to put it mildly) by thousands of users. A media attack that particularly shocked her:

The violence that has been unleashed against me on social media is destroying me emotionally and psychologically, as I have received and continue to receive a multitude of unspeakable slanders and insults that frighten me.

And here we come to the point. That tutorial was a real slip-up and this is now well established. Bianca Guaccero apologized and explained what was the ironic spirit – obviously badly managed – with which it had been thought. Whether or not you want to believe in the good faith of authors, presenters and teachers, it is however unacceptable that a person should be subjected to violence of this kind.

There was indignation because that video aired the day before the International Day for the Elimination of Violence against Women and went against another woman (guilty or not, we will certainly not be the ones to establish it).
If the Detto Fatto tutorial – according to some – says a lot about the quality of the Public Service, what do these attitudes say about the level of civilization of the society in which we live? Is indignation, a term that is used so much in these cases, only lawful in one sense?

One thing is certain, no one is the winner of this story: neither the protagonists of the unfortunate video, nor the (in) civil society.

Barbara Catucci
7116 posts
Previous Post
Cesare Cremonini: “My schizophrenia. And how I defeated it "
Next Post
GF Vip, clash between Elisabetta Gregoraci and Giulia Salemi. And Malgioglio goes back to the House