Devil's claw: properties and what it is for 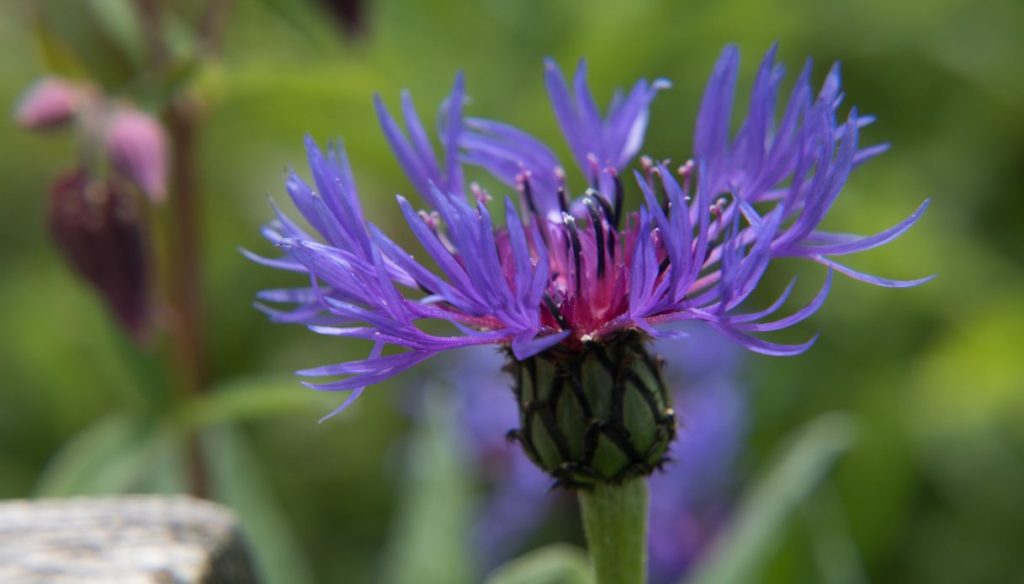 The devil's claw has anti-inflammatory and analgesic properties, useful in case of osteroarticular pain such as neck pain, back pain, sciatica

What it is and what it is for

The devil's claw (Harpagophytum procumbens) is a perennial species belonging to the Pedaliaceae family and widespread in various regions of South Africa. Also known as the harpagophyte, the devil's claw grows spontaneously in the semi-desert areas of the savannahs, in soils rich in iron oxides.

The devil's claw plant has a primary tuber that extends up to two meters deep and from which numerous secondary roots develop. From the main tuber, creeping stems grow that sprout from the ground after the first rains. The stems bear opposite and lobed leaves and large solitary flowers with a yellow tube corolla, which opens into red-purple lobes. The fruits that develop after flowering are woody capsules with sharp outgrowths bearing curved and sharp thorns. These thorns cause severe pain in animals that inadvertently trample the fruit: the common name of the devil's claw derives from the frantic and rash movements made by injured animals.

The devil's claw has a long tradition in herbal medicine, which uses its lateral and tuberized roots collected in the autumn from spontaneous plants. After harvesting, the roots are cut into rounds, dried and used as a raw drug or for the preparation of extracts.

Thanks to its strong analgesic and anti-inflammatory properties, the devil's claw is useful in the treatment of pain and inflammation. The devil's claw can be used, for example, in the case of tendonitis, back pain, neck pain, arthritis, arthrosis, sciatica as long as there are still no serious joint compromises.

The medicinal properties of the devil's claw were discovered by African populations who used its tubers in decoction to treat digestive problems, fever, rheumatic pains and arthritis.

Studies carried out on the tubers of the plant since the 1900s have highlighted the presence of iridoid glycosides consisting of 80% harpagoside and the remaining percentage of harpagid, procumboside and procumbid. Iridoids have anti-inflammatory and antirheumatic properties and, thanks to their high bittering power, they also possess important digestive, antiarrhythmic and hypotensive effects. In addition to iridoids, the devil's claw tubers also contain polyphenolic acids, flavonoids, phenylethylglycosides compounds.

Although the pharmacological activity of the devil's claw is not entirely clear, the extracts obtained from it are currently used mainly as analgesics and anti-inflammatories in the case of pain and inflammation of the osteo-articular system.

On the market there are numerous preparations based on devil's claw, both for external and internal use, readily available in all herbalists. Devil's claw tubers used for topical supplements and preparations must contain at least 1.2% of iridoid glycosides. In case of bruises, localized joint inflammation, tendinitis, cervical it is possible to resort to ointments, gels and ointments based on devil's claw, to be applied to the area to be treated even several times a day.

The internal use of the devil's claw, in the form of decoction, mother tincture or tablets, is instead indicated in acute or chronic pain of rheumatic and ostarticular diseases. Devil's claw decoction is prepared with 5 grams of the drug in half a liter of water. After placing the dried root in cold water, it is brought to a boil and left to infuse for 5-10 minutes, after which it is filtered and consumed, drinking up to three cups a day.

The mother tincture is taken three times a day by diluting 20 to 40 drops of the product in half a glass of water.

Finally, as regards dry extracts, the dosage is 300-600 milligrams per day to be administered at three different times of the day.

Side effects, contraindications and interactions

The devil's claw is considered a safe and well tolerated remedy and at the recommended dosages it does not present any significant side effects, even in the case of prolonged use, for example in the treatment of chronic pain.

Since the mechanism of action of the devil's claw does not involve prostaglandins, the use of this drug does not cause the gastrointestinal side effects typical of NSAIDs. However, given the bittering properties of the drug, the use of devil's claw is not recommended in case of gastric and duodenal ulcer and irritation and inflammation of the stomach mucosa.

Hypocholesterolemic, hypotensive, antiarrhythmic properties are also attributed to the devil's claw, so its intake can interact with drugs with a similar action, enhancing their effect. The use of devil's claw-based products is then contraindicated in case of hypersensitivity to one or more components.

Finally, it is best not to administer devil's claw during pregnancy as this drug can stimulate uterine contractions.

Maria Teolis
3284 posts
Previous Post
Laurel: what is it for, properties and contraindications
Next Post
Friends 2020, tension between Rudy and Arisa: Giulio eliminated and Arianna suspended