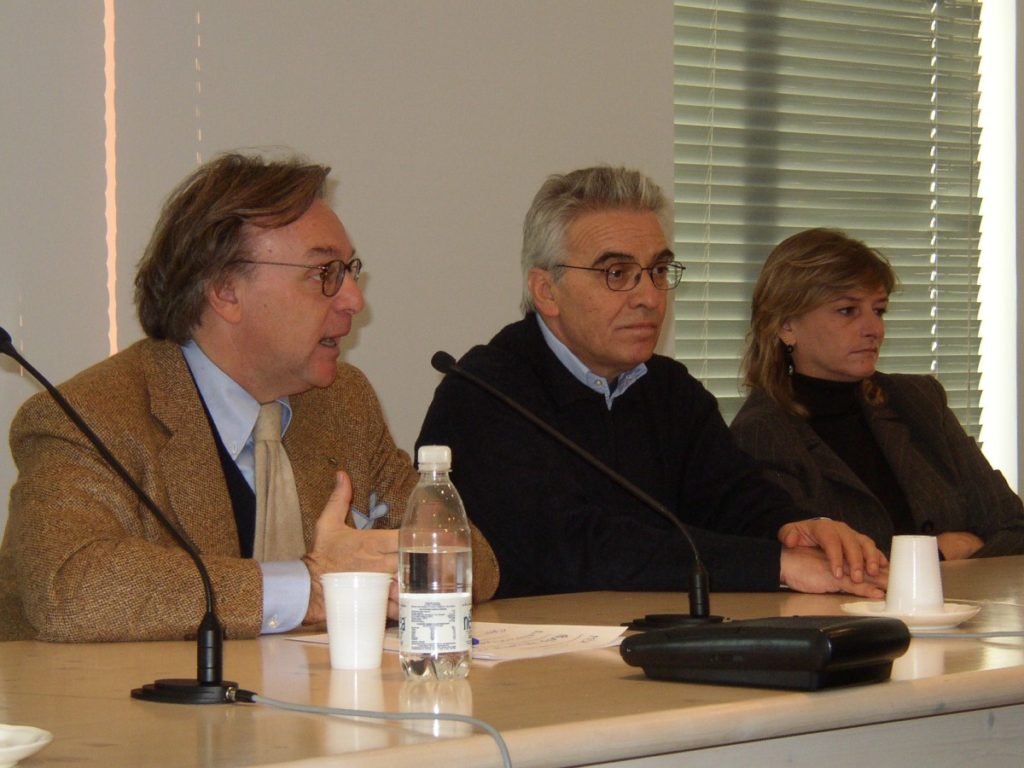 Diego Della Valle is one of the main Italian entrepreneurs. In addition to fulfilling this position, he is also a well-known president, director and majority shareholder

Diego Della Valle was born on December 30, 1953 in Sant’Elpidio a Mare, in the Marche region. He is a well-known entrepreneur, also recognized for the role of majority shareholder of "Hogan" and "Tod's", as well as organizer of the Italian company "Nuovo Trasporto Viaggiatori". Diego Della Valle graduated in law, after which he did some work in the USA. Following this experience, he joined the family footwear company with which he worked with his father. It was the grandfather who started this business. The 1980s saw Diego Della Valle particularly engaged in various financial activities. Through important marketing strategies, the entrepreneur's company was very successful and spread throughout the Italian territory until it was listed on the stock exchange. The labels "Hogan", "Fay" and "Tod's" obtained a distinct notoriety even outside the Italian territory. Diego Della Valle was recognized as a "Knight of Labor" and became a member of the board of directors of the "Comit bank". This role was very significant for the entrepreneur, who became a real point of reference in the sector. He was the founder of "Charme" alongside Luca Cordero di Montezemolo until he acquired important feedback from the best design companies.

Della Valle bought the Fiorentina sports association, which went into real decline. Among its most important developments there is also a significant share in "Mediobanca", as well as the position of director of "Corriere della Sera". Until the early 2000s, Della Valle was a shareholder of "Bnl", before joining the takeover bid for the formation of the "BNP Paribas" group. The entrepreneur also obtained excellent shares from brands of great importance, including "Bialetti", "Piaggio" and "Ferrari". He later acquired a "5.9%" stake from the luxurious American brands "Saks Fifth Avenue" for the amount of "30.3 million" dollars, a movement for which Della Valle was classified as "second shareholder". The great successes have brought the businessman almost to the level of the billionaire "Carlos Slim Helù", majority shareholder originally from Mexico. With "Tod's", Della Valle has entered into a contract with the city of Rome to promote the restoration of the Colosseum. For this agreement, an amount of "25 million euros" has been established by the entrepreneur.

In 2011 Diego Della Valle was included in the list of the richest characters in the world together with his brother. Recently, it took 1121st place with a capital of "1.36 billion dollars". Among the best known activities of the entrepreneur is that of the family business "Tod's". It also manages the Luxembourg company "Dorint Holding SA" which boasts considerable collaborations with high-level Italian companies. Among the latter is also "Marcolin SpA", an important eyewear company of which Diego Della Valle's brother is a shareholder. With Tod's, the entrepreneur recorded a sum of "960 million euros" with over 3500 workers. From the results of the Forbes ranking dating back to 2014, Della Valle and his brother have a capital of "1.8 and 1.6 billion dollars". In addition to the financial sector, Diego Della Valle has also played a fundamental role in the sports sector. His debut in the football world took place in the mid-nineties. The entrepreneur was a member of the board of directors of the "Inter" sports club, under the request of Massimo Moratti. Della Valle carried out this assignment until 2001. The following year a new turning point occurred in his career when he implemented one of his best-known measures in the football field after the bankruptcy of the “Fiorentina” team ".

The latter, due to the neck, went to "C2". Diego Della Valle has held the position of owner and honorary president, offering his brother the role of "executive president". In this regard, it emerged that the entrepreneur was involved in the scandal of the "Calciopoli" affair given his position as owner of Fiorentina. Because of this episode, Della Valle was subjected to a sentence by the "sports justice" for a penalty of three years and nine months. This penalty was later reduced by "CONI" to eight months and Della Valle was acquitted entirely of allegations of illegal activities. Therefore, the president was sentenced only for violating Article 1. He was denounced by the "Prosecutor of Naples" on charges of fraud in the sports sector for which he was sentenced in the first instance sentence. In 2010, Diego Della Valle resigned from the role of head of "Fiorentina" through an official announcement on the purple team's web page. However, the entrepreneur continued to hold the position of "majority shareholder". At the end of 2013, Della Valle and his brother were included in the "Calciopoli" criminal procedure. In politics, the entrepreneur offered his financial support for the birth of the Silvio Berlusconi movement, but only two years later he decided to distance himself as he did not approve of the strategies.