Diet with Brussels sprouts, rich in antioxidants for heart health 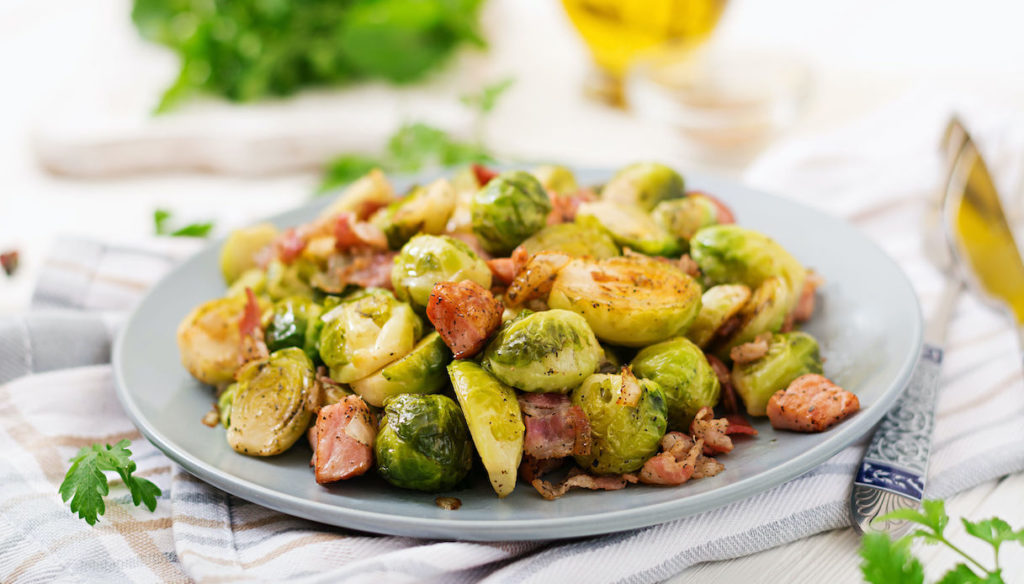 Thanks to their very rich nutritional profile, Brussels sprouts are a real panacea for the body

In a balanced diet, plant foods play a very important role: fiber, antioxidants, vitamins and mineral salts are contained in large quantities in most cruciferous vegetables, among which Brussels sprouts (or sprouts) stand out. Their therapeutic virtues are now known and widely demonstrated on a scientific level.

The low calorie intake of these vegetables make them perfect for those following a weight loss diet. A portion of 100 grams contains about 40 calories, but helps to provide our body with many nutrients essential for health. Fibers, for example, are an excellent ally of the intestine: they stimulate the sense of satiety, fight constipation and promote the development of intestinal bacterial flora.

Higher consumption of fiber is also related to lower blood sugar levels. These substances in fact pass through our digestive system without being assimilated, which is why they slow down the absorption of sugars and help keep blood sugar under control. In this context, antioxidants also play an important role. As revealed in a study published in Frontiers in Pharmacology, the alpha lipoic acid that Brussels sprouts are rich in increases insulin sensitivity and improves the management of neurological complications in people suffering from diabetes.

Kaempferol, another powerful antioxidant, is related to broad health benefits. In particular, its role has been shown in reducing inflammation in the body, which can lead to the development of diseases such as diabetes, cancer and heart disease. The anti-inflammatory properties of this substance are evidenced in the presence of reduced levels of inflammatory markers – such as C reactive protein – in the blood of those who take it in excellent quantities.

Antioxidants, in fighting the formation of free radicals, also have the ability to decrease the risk of developing various pathologies related to oxidative stress, including some forms of cancer. However, the anticancer action of these substances requires further studies to be demonstrated.

To protect heart health, Brussels sprouts also contain important quantities of omega-3s: they are in fact one of the richest plant sources of these fatty acids, which help to keep cholesterol and triglyceride levels in the blood under control. Potassium, on the other hand, fights hypertension and protects the cardiovascular system from some of the diseases that most frequently afflict it.

Even on a vitamin level, Brussels sprouts are a real panacea. In fact, they contain good quantities of vitamin A and beta-carotene, allies of sight and skin health. Vitamin C, on the other hand, contributes to stimulating the immune system and plays an important role in the synthesis of collagen, which reduces skin aging and helps maintain young skin. Finally, vitamin K carries out its action in blood coagulation.

Due to the presence of important amounts of vitamin K, Brussels sprouts are contraindicated in those who take anticoagulant drugs. They also contain goitrogens, antinutrients that interfere with the absorption of iodine and can lead to problems in those suffering from thyroid gland. If in doubt, do not hesitate to consult your doctor.