Diet with pomegranate juice, against hypertension and inflammation 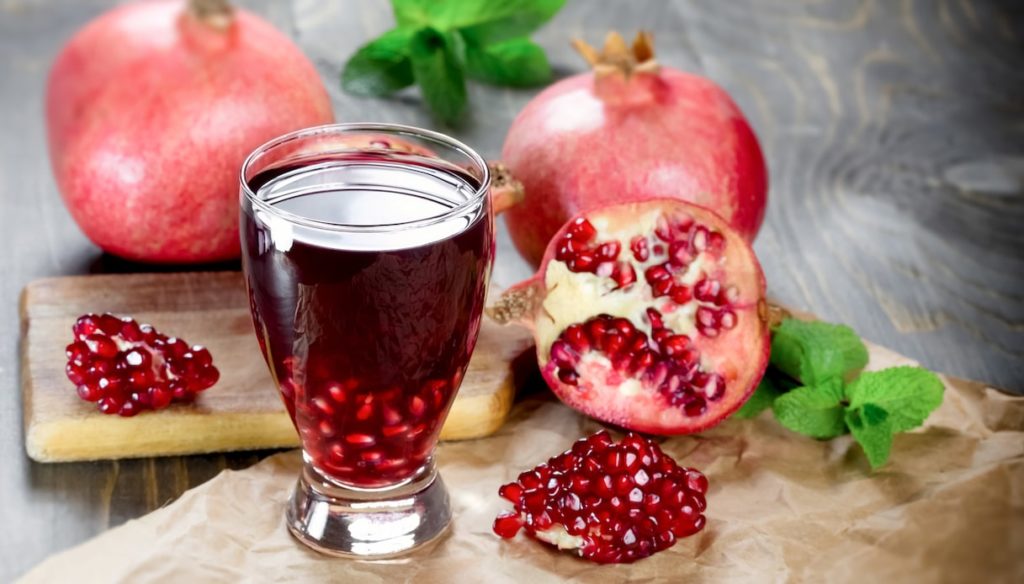 Pomegranate has long been used for its marked therapeutic properties, but it is not only the fresh fruit that has an important effect on our health. Recently, many studies have focused on the benefits of pomegranate juice, not only a flavorful drink, but also a concentrate of essential nutrients for well-being.

Its nutritional profile is particularly interesting, but one detail should be noted mainly: the consumption of pomegranate juice prepared at home is preferable, because it is free of preservatives and added sugars present in almost all products on the market. In this way, its caloric content is also reduced and its contribution in terms of vitamins and mineral salts is enhanced. In short, a good fresh squeezed juice is the best to fill up with substances that are important for health.

Pomegranate juice is particularly rich in vitamin C, an ally of our immune system: its role in strengthening the body's defenses is now known, as well as its antioxidant capabilities. A single fruit can provide 40% of its recommended daily ration. Numerous other antioxidants also stand out, such as polyphenols – responsible for the lively red color of pomegranate – and flavonoids. These substances, counteracting the formation of free radicals and fighting oxidative stress, perform multiple functions for the well-being of our body.

As highlighted in a study published in Nutrition Reviews, polyphenols have a cardioprotective action: in addition to reducing blood pressure, they improve blood flow and prevent stiffness of the arteries. It also slows down the growth of plaques and prevents the accumulation of cholesterol on the arterial walls. Before consuming pomegranate juice, however, it is advisable to consult your doctor for the possible interaction of this drink with certain drugs (such as statins).

Antioxidants also have excellent anti-inflammatory efficacy, whose action is expressed in numerous health benefits. For example, they are useful for counteracting inflammation of the intestine in people suffering from diseases such as Crohn's disease, ulcerative colitis and irritable bowel syndrome. Flavonols, on the other hand, are responsible for a significant improvement in the symptoms of osteoarthritis and joint inflammation.

Furthermore, recent research published in Evidence-Based Complementary and Alternative Medicine has shown a correlation between the consumption of pomegranate juice in elderly people with age-associated memory disorders and an improvement in cognitive functions. According to some studies, finally, the ability of this drink to reduce oxidative stress would be the basis of its role in improving female fertility and increasing testosterone levels in men.

Pomegranate juice is an excellent source of other essential substances, such as vitamin E and vitamin K: the former is the subject of numerous studies for its anticancer properties, while the latter plays a leading role in blood clotting. It also contains important mineral salts such as potassium, which has been known for years for its action against hypertension.