Diletta Leotta and Can Yaman increasingly united: the shot on Instagram 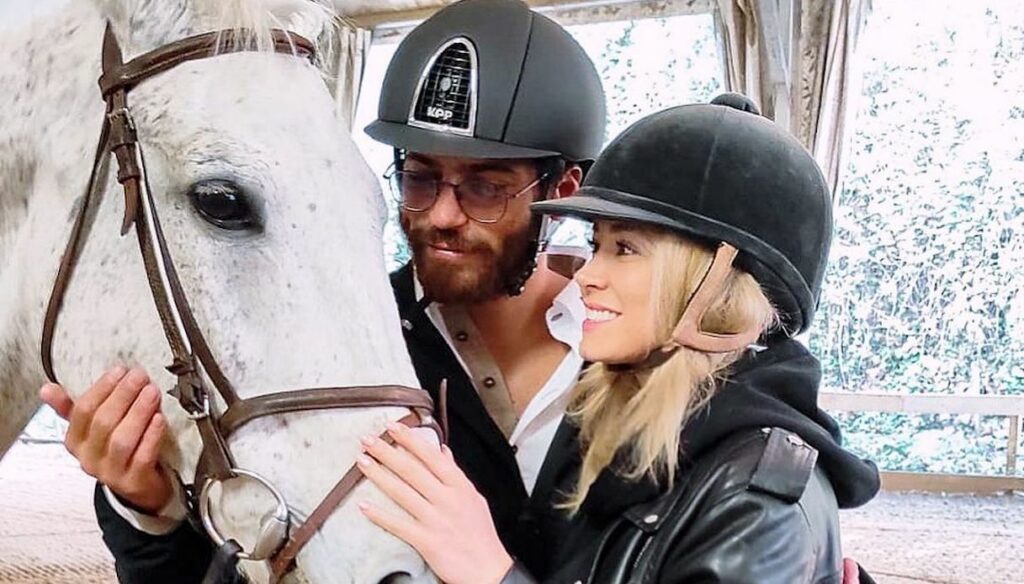 Diletta Leotta and Can Yaman appear increasingly united: the presenter has published a photo of them on social media

Diletta Leotta and Can Yaman seem increasingly united: this is demonstrated by the presenter's latest post, which portrays them embraced, smiling and beautiful together. To feed the curiosity of the fans the corollary sentence of the shot, "Once upon a time …", as if to underline that he is living a real fairy tale.

After a short break from social media that lasted a couple of weeks, Leotta returned to her Instagram profile sharing this photo: it seems that she and the charming Turkish actor spent a romantic day at the stables, as the stories published by Diletta also demonstrate .

By now the couple seems to have come out of the closet, and even if neither of them has made the relationship official yet, the clues of a love story are more and more numerous. And besides, this is not their first photo together on social media which seems to confirm a love story between the two.

In fact, Can Yaman recently published a shot in the company of Diletta Leotta that drove the fans crazy. But more than the snapshot of him with the gun in his hands and her with the target, it was the caption that accompanied her that captured the attention of web users: Can Yaman had added the words "Dangerous couple" .

That there was something tender between the two was clear from the first rumors spread by Anna Pettinelli, who announced from the microphones of her broadcast on RDS that the actor was dating a famous Italian.

To confirm the rumors of a flirtation between the two was then the weekly Chi, which had published exclusive photos, in which the two were immortalized together, smiling and accomplices. Those images, however, were followed by others, always published in the weekly directed by Alfonso Signorini, in which the couple was seen during a candlelit dinner.

Can Yaman has always been very reserved about his private life, so much so that the first gossip in the Instagram Stories he had commented with a laconic “My facts. Point". Several times the actor has also denied the alleged flirtation with Demet Ozdemir, his colleague on Daydreamer – the wings of the dream, but now it seems that in his heart there is only room for Diletta.

Barbara Catucci
8014 posts
Previous Post
Michelle Obama: the report card of her looks
Next Post
Beige adipocytes: the healthy fat that can help you lose weight