Diletta Leotta splendid mermaid: swim on Instagram and enchant everyone 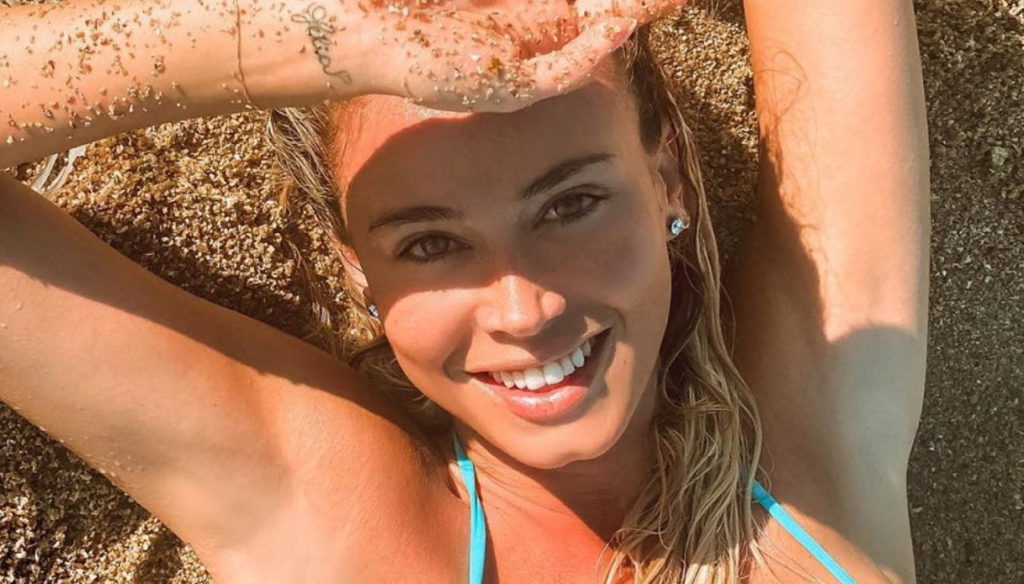 Diletta Leotta, on vacation with friends, turns into a beautiful mermaid and enchants everyone on Instagram

Diletta Leotta swims on Instagram and enchants everyone as a beautiful mermaid. After a busy year, the presenter allowed herself a beach holiday dedicated to relaxation and fun, with her family and friends of all time. Once again Diletta has chosen to tell her days on social media, including dives, boat trips and diving.

In fact, Leotta is a skilled swimmer and proved it by publishing a video that won everyone over. In the movie, which appeared in the Stories, he dives into the crystalline sea, swimming like a mermaid. The clip and the photos have been commented by many fans who follow Diletta assiduously and among the many comments check also that of Beppe Vessicchio. In fact, the teacher of Amici di Maria De Filippi has shown that she really appreciates the shots. "Look at the sea!", Wrote the musician and conductor.

Despite being very famous, Diletta has always been careful to protect her private life. The presenter has been linked for several years to Matteo Mammì, a Sky executive with whom she seemed about to get married. Then the farewell and the beginning of a love story, kept secret for a long time, with Daniele Scardina. The boxer and the presenter have tried in every way to live their relationship away from gossip and the spotlight. Recently, after a long love lockdown, there was talk of a goodbye between the two, but Leotta, interviewed by Gente, had somehow denied the rumors.

“The story between Daniele and me is too important and delicate a topic to trivialize it – said the showgirl -, as happens on social media. Six pages would not be enough to describe our relationship ". Some time ago, King Toretto, who has always been very reserved and far from the world of entertainment, also spoke about the bond with Leotta, revealing the importance of their relationship.

"We started this story slowly, being careful not to emphasize it, but now it has become important, useless to deny it – explained Scardina, who we will soon see on TV as a competitor of Dancing with the Stars -. It filled the sense of emptiness I had inside ”.