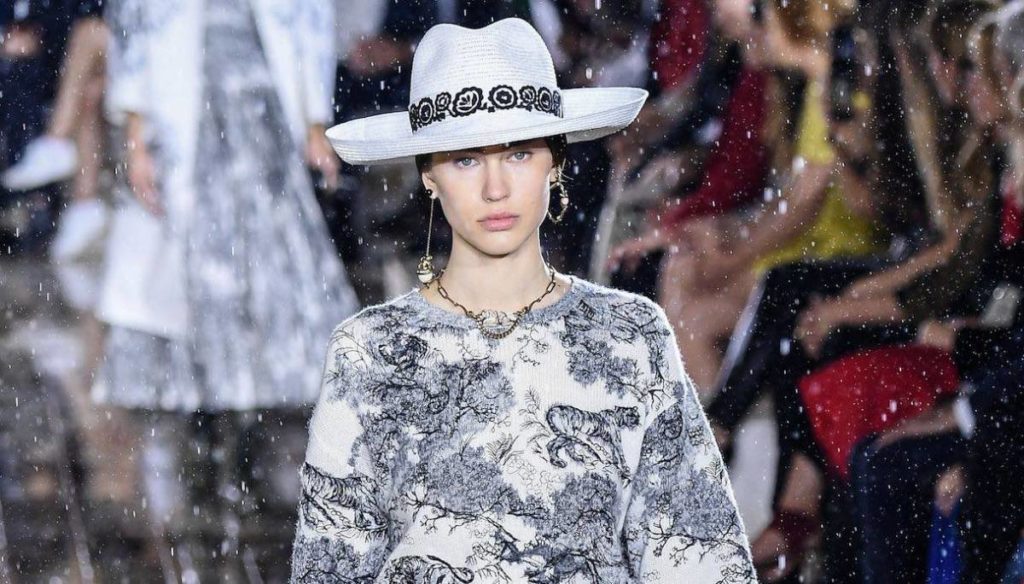 The Dior cruise collection has added a vintage motif, declined in a modern key: the toile de Jouy

The great fashion houses never cease to amaze: this time Dior has thought of it, re-launching a vintage motif designed and embroidered by hand, the toile de Jouy, a great French classic of the eighteenth century, reinterpreted and relaunched during the fashion show of the Cruise collection. 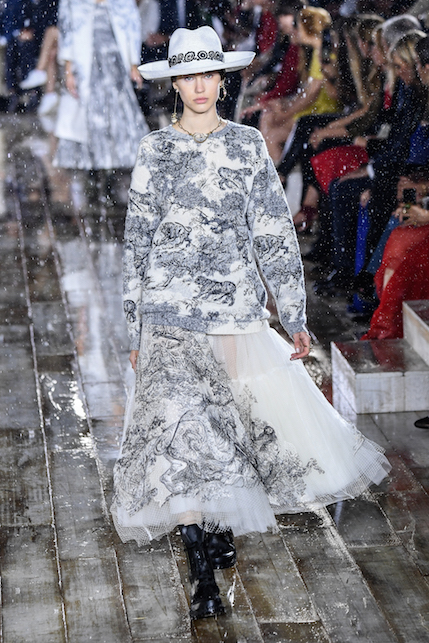 The name derives from the French city where the cotton factory was located where this fabric was originally printed, which was used for upholstery, furniture and interior accessories. This type of patterned design appealed so much that the royal family of France began to have their clothes made with this fabric.

Dior has modernized it and added to the rural and bucolic scenes motifs drawn in pen and hand of wild animals, tigers, bears, giraffes that stand out like incisions in the center of pastoral scenes. The shades are traditional, blue, red and green, but embellished with touches of color unpublished like camel and black, and declined in many pieces of the Cruise collection: trench coats, skirts, jeans and some bags of the season. 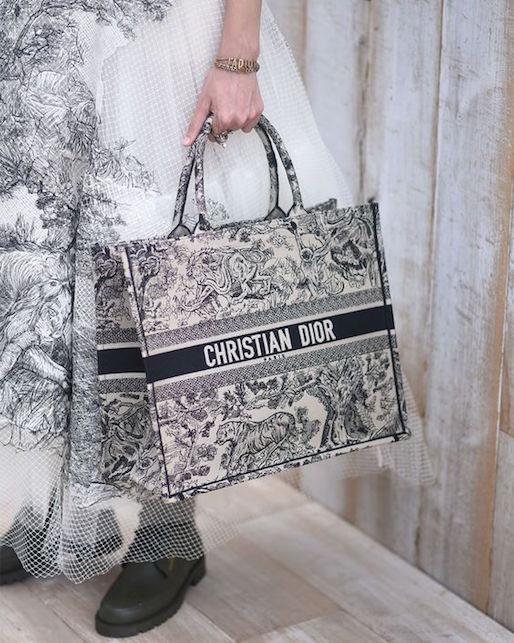