Disney movies to see (or review) 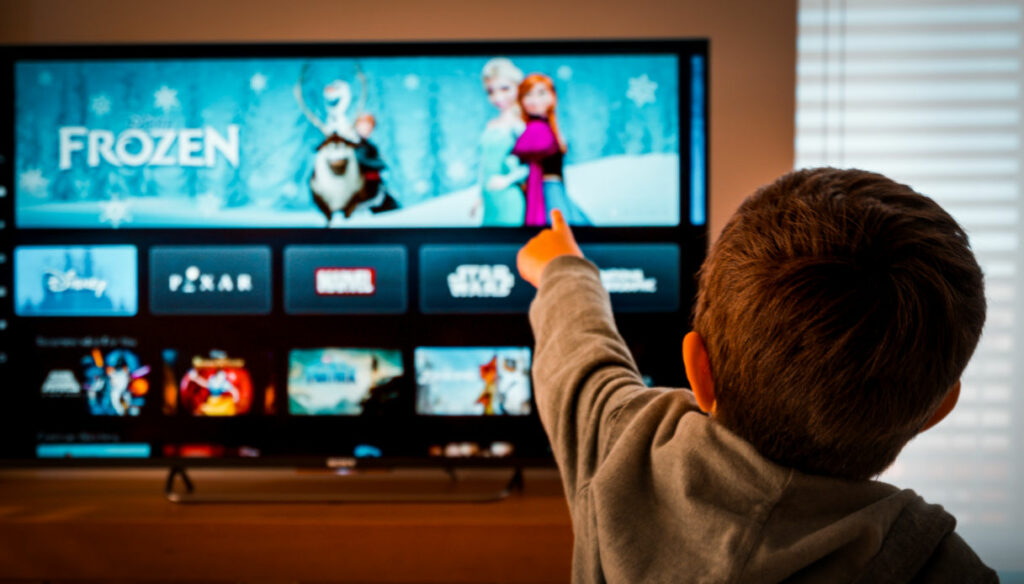 Find out which are the best Disney movies to see, or review, with the whole family

With the advent of Disney Plus, the latest and most pleasant novelty among online streaming platforms, adults and children have once again discovered the great classic protagonists of their childhood. From Cinderella to Snow White, through Rebel and the Lion King, the catalog includes the best Disney films from start to finish. Because let's face it: despite being cartoons it is always a pleasure to see them again, even if you are adults by now and this type of product is generally considered by children. The Disney classics are so well done and so engaging that the story of Beauty and the Beast is moving at ten as well as at forty.

Often it happens to be spoiled for choice regarding the films to see. Or you don't remember all the cartoons that have been produced by Disney over the years, and you risk losing some gems that you might have liked to see again. On the other hand, there are recent Disney films that may not be known to all adults and that it would be a shame not to see. We are here to help you and refresh your memory, with a list of the best Disney movies to see to spend a magical evening.

The beauty and the Beast

Let's start with one of the best Disney movies, which also inspired a movie with Emma Watson in recent years… “Beauty and the Beast”! This cartoon, released in 1991, tells the story of Belle, a beautiful young dreamer who loves reading very much. As her name also says, she is the cutest girl in the village and everyone falls in love with her. Especially Gaston, the country's playboy, is determined to marry her. But Belle has no intention of it: and when the elderly father gets lost in the forest and is imprisoned by the Beast who lives in the castle, she volunteers for an exchange. From this bad adventure, Belle tries to get the best out of it: she meets Maurice and the other inhabitants of the palace, even managing to approach the intractable Beast. And this is where we learn that not everything is as it appears.

Suitable for adults and children over 4 years old, and for those who want to see reality overcome fantasy

The quintessential Disney classic is undoubtedly "Cinderella". This animated film, released in 1950, tells the story of a fatherless girl, Cinderella, who lives at home with her stepmother and two half-sisters. Forced to be their slave, she would like so much to go to the ball organized by the prince, but her tormentors prevent her. Thanks to the help of the Fairy Godmother, she manages to go anyway, but with a warning: do not return after midnight, otherwise she would no longer be covered by the spell. At the stroke of the fateful hour, Cinderella runs away home, losing her slipper … but the prince in love with her is determined to find her again.

Inspired by the famous (and sad) fairy tale by Hans Christian Andersen, “The Little Mermaid” is undoubtedly one of the most beautiful Disney films. Ariel is a mermaid with a dream: to live in the world of humans. Despite the contrary opinion of King Triton, his father, Ariel rises to the surface and saves a boy from the sinking of his ship: it is Prince Eric, with whom he falls madly in love. He too, hearing her sing, falls in love with her. Ariel asks the help of the wicked witch Ursula, who transforms her into a human in exchange for her voice. The little mermaid has three days to conquer her prince and help him remember: in case he fails, a mermaid will return and belong to the sea witch forever.

Suitable for adults and children, and for those who believe that there are no obstacles to true love

Among the recent Disney films not to be missed is "Frozen – Kingdom of Ice". This cartoon, released in 2013, tells the story of two special sisters, Anna and Elsa. The first is a naive and dreamy girl who would like to meet the prince of her life. The second is a lonely young woman who is afraid of harming people because of her powers. She is the heir to the throne of the kingdom of Arendelle: but on the day of her coronation she loses control of her powers, causing a perennial winter on her land. She then decides to escape and hide away from the world, in an ice castle created by her.

Suitable for children over 4 years old, and for those who want to know the story of a strong and independent young woman

In the ranking of Disney films, "Basil the Investigatopo" is perhaps one of the least known, but it is so funny that it is worth seeing with the whole family. Released in 1986, it follows the story of an investigator (mouse) and policeman from Baker Street. Basil investigates the disappearance of a toy mouse aided by his faithful friend, David Q. Topson. The little rodent was kidnapped by none other than Vampirello, a bat with a wooden leg employed by the terrible Professor Rattingan, whom Basil has been wanting to catch for years.

Another of the recent Disney films not to be missed is "Rebel – The Brave". Released in 2012, it is characterized by the absence of the theme of the search for the man of one's dreams, which, indeed, is absolutely rejected by the protagonist Merida. With the phrase "I will compete to get my hand", the princess demonstrates that in a girl's life there is more than just looking for a marriage. Skilled in hunting and archery, one day she runs away from home aboard her horse and asks a witch for help to change her mother. The woman accepts, but does not tell her how she will transform the woman, who becomes a bear. Merida and her mother go in search of the witch to break the spell, but they do not find her. However, there is a way to dissolve it before it becomes permanent: "mend the tear that pride has caused".

Suitable for children of all ages, and for those who sometimes argue a little too often with their mother

The hunchback of Notre Dame

One of the best Disney films is undoubtedly "The Hunchback of Notre Dame". Set in Paris in 1482, it tells the story of Quasimodo, a boy suffering from deformity who plays the bell ringer in Notre Dame Cathedral. Quasimodo is the son of a gypsy, killed by judge Frollo right in the churchyard while trying to escape. Frollo also tries to kill the child but is stopped by the archdeacon, who forces him to take Quasimodo with him. Years pass, and the hunchback of Notre Dame is hardly ever seen outside the church. Until he is crowned king at the Feast of Fools and meets the beautiful gypsy Esmeralda, with whom he falls in love.

Suitable for children over the age of 4 accompanied by an adult, and for those who believe that love is always stronger than hate

One of the best Disney cartoons is "Pocahontas". Released in 1995, it is inspired by the true story of the Indian Pocahontas Rolfe, who lived in the 1600s. In the film, we see the British invade his homeland, home of the Powhatan tribe. Pocahontas, who until then had lived in harmony with nature together with her best friend Nakoma and the raccoon Mekoo, comes into contact with the English and falls in love with John Smith. However, the two are very different: John Smith believes that Indians are savage, while Pocahontas does not advocate a lifestyle that despises nature. The situation becomes dangerous, however, when a war breaks out between the Indians and the British who want to colonize them.

Suitable for adults and children over 10 years, and for those who want to find a contact with nature

Raise your hand if you don't cry when Dumbo is cradled by his mum, caged in a circus trailer. Dumbo is one of the best Disney movies ever, a cartoon capable of moving and making you dream at the same time. One of the great classics impossible to forget and able to excite even adults. Released in 1941, Dumbo is brought to his mother by a stork, but is immediately mocked for his giant ears and transformed into the circus clown. He befriends the mouse Timothy, who prompts him to believe in his possibilities. And when the ravens give him a magical feather that allows him to fly, he turns what he believed to be a flaw into his strength.

Suitable for children with adult supervision, and for those who often do not have too much confidence in their potential

Last of this Disney ranking, but not least, “The Lion King”. Considered one of the most beautiful cartoons ever made, it tells the story of Simba, the little lion who aspires to soon become the ruler of the Savannah. Unaware of the dangers of the outside world, he ventures into a dangerous place pushed by his uncle Scar, whose goal is to steal the throne from Simba's father, Mufasa. With a ruse he takes him away from his territory and kills him. Simba runs away and meets Pumba and Timon, a friendly warthog and meerkat who will help him grow to the motto of “Hakuna Matata”. But the past soon comes to present the bill, and Simba will have to take responsibility.