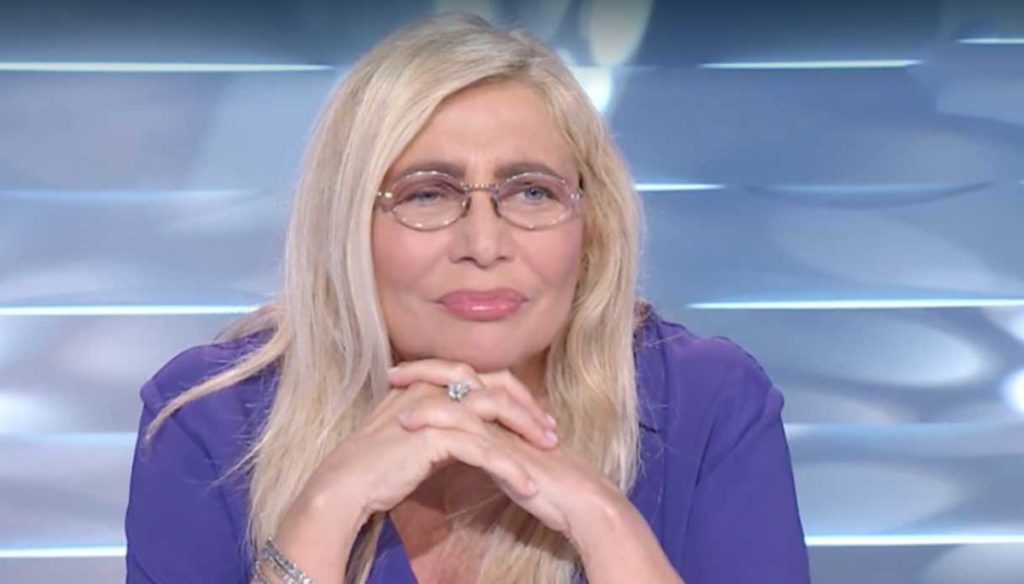 During the interview with Al Bano, Mara Venier tried to read a poem written by Power for him. The result, however, was unexpected

The weekly appointment with Domenica In never ceases to be interesting: the landlady, Mara Venier, has managed during these months of unusual activities to carry on an exceptional format, thanks to the direct connections with the most famous VIPs beloved. Today's episode opened with one of the singers who became a symbol of Italy: Al Bano Carrisi.

In the past few days, Al Bano has turned 77. To pay homage to him, Mara Venier first aired a movie that filmed the most important moments of the singer's life and then a short tribute to mother Jolanda, who passed away in the past few months:

Let me tell you, what a woman. Seeing what happened next, he chose the right period to get away from this land. Also because she was too used to giving and doing for others. She was an extraordinary, wise woman who sowed happiness and serenity. It always amazed.

Since the disappearance of the mother, we have gone on to talk about another loss that profoundly marked Al Bano: that of Detto Mariano, composer who played a fundamental role in the life of the singer. Indeed, he suggested that he marry Romina Power, who as Al Bano himself revealed, was already pregnant:

Romina and I were together. Then, she realized she was pregnant. It was unexpected, for me and for her. We didn't know what to do. So, said Mariano looked at us and exclaimed: get married, right? What happens happens. And we did it.

At this point, inevitably, the discussion focused on the relationship of the songwriter with Power. However, even after a clip that embraced several moments of their life together, Al Bano tried to remain vague. Mara Venier changed the cards on the table, who decided to consult Romina to ask her for an original thought on the occasion of the singer's birthday.

However, Power did not want to shoot a clip as other colleagues did – such as Pippo Baudo, Pupo or Massimo Ranieri – but entrusted the landlady with a poem. Nonetheless, when Mara tried to read it, Al Bano blocked her:

Then I recommend, the level playing field. I remind you that this transmission is followed both from one side to the other. I want to live serene, I just wanted to talk about music, but then we always go to talk about my love life. Please, you need to love yourself, let's not get in trouble.

The clear reference to Loredana Lecciso made Mara stop, who at this point decided not only to no longer read the poem but also to respond to the singer, saying:

Al Bano, but Loredana didn't send me anything, huh! However, we have some time: I have not launched three other videos that concern you, so at this point, you too, par condicio per par condicio, explain a little how things are. At least let's talk about it once and for all.

While trying to soften the tones, the singer replied in an unequivocal way, defending Loredana Lecciso with a sword:

Mara, perhaps [to Loredana editor's note] you asked for nothing. How are things? They are as they are. I have a balance, I dedicate myself equally to the people, the public, the women who love me and whom I love. There is not much more to say.

Taking note of the words of the singer, Venier decided to close the interview and say goodbye, albeit in an absolutely peaceful way and without a shadow of particular anger. In doing so, however, he launched a new arrow to Barbara D’Urso:

In short, it could be said that while trying to defend his private, it seems that Al Bano always tries to break a spear not so much in favor of the historic ex-wife, but of the younger and more exuberant ex-partner. Backfire in sight or simple desire to maintain a status quo achieved after suffering so much?

Barbara Catucci
8988 posts
Previous Post
Domenica In, Francesca Barra talks about the projects with Santamaria. And Mara makes a gaffe
Next Post
Breast cancer, prevention starts from a young age