Domenica In, Ambra Angiolini between fragility and a rediscovered serenity 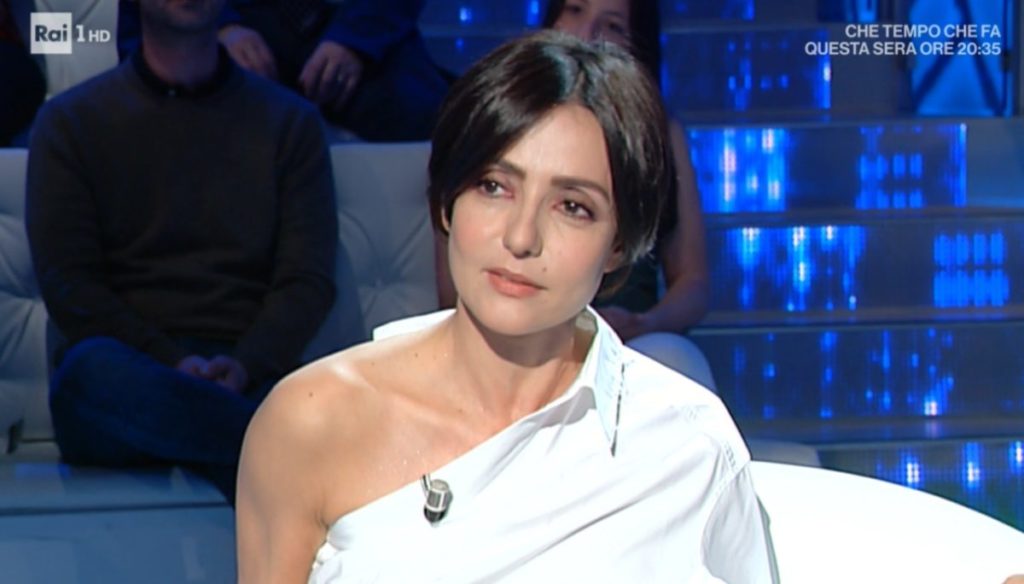 Ambra Angiolini retraces Sunday In his career with anecdotes and funny episodes, without neglecting his story with Massimiliano Allegri.

Ambra Angiolini tells her story on Sunday In retracing her beginnings and the many amusing anecdotes, without neglecting her private life, in particular the separation with the singer Francesco Renga and the new story with Massimiliano Allegri.

The actress is a guest of the broadcast in view of her return to the Concertone on May 1st, which she will conduct again with the singer of the Welfare State, Lodo Guenzi. During today's interview there was also a quick reference to the "sweater controversy" or the criticisms he received for wearing a very expensive sweater on May 1st.

Despite this, the actress's career continues quickly between television and cinema, born "a bit by mistake like all the things in my life, which never happen when I look for them", with important films also with directors such as Ferzan Özpetek, on which he declared to Venier "I gave him all my fragility". Even after all these successes she does not stop feeling inadequate and insecure, never arrived "all the prizes that I have won have always been as revelation" and she does not deny her years with Gianni Boncompagni: "I am very proud, even if many try to put words in my mouth that I don't think, I'm very proud to have been born in Non è Rai ”.

In her life, however, love has a large space, thanks also to the new story with the current partner Massimiliano Allegri, who continues even without a wedding in sight, a situation that she herself lives in a very serene way.
As she has already stated, she does not feel the need for new weddings because she already feels married to herself, since she decided to separate from the ex Francesco Renga and does not need a man to be recognized. During today's episode she returned to this topic, reinforcing her position: "Many have found it a clever phrase to divert from indiscreet questions, but in reality I feel it as very true, especially in this country where we are always daughters of , wife of or ex of ". Despite this, Massimiliano (Allegri) is very important for her, precisely because as she said "she taught me tenderness and calm" reiterating that "as he embraces me, without holding me, no one, even though now with this sentence we are become the laughing stock of everyone ”.

The actress is going through a moment of great happiness also thanks to her relationship with the ex, the singer Francesco Renga, to whom esteem and affection bind her, as she also said in the past: “we lived what we had to live avoiding the risk that anger commanded love. " Precisely for this reason, after the separation, he decided to continue living in Brescia, also to avoid a painful detachment for his children and not to make him suffer the distance, continuing to live in harmony and to be parents together.
Feelings are no longer a problem for Angiolini, who appears serene after a period "about six or seven years ago" made of "problems to fix".