Domenica In, Enrico Brignano: love for Flora and the memory of Proietti 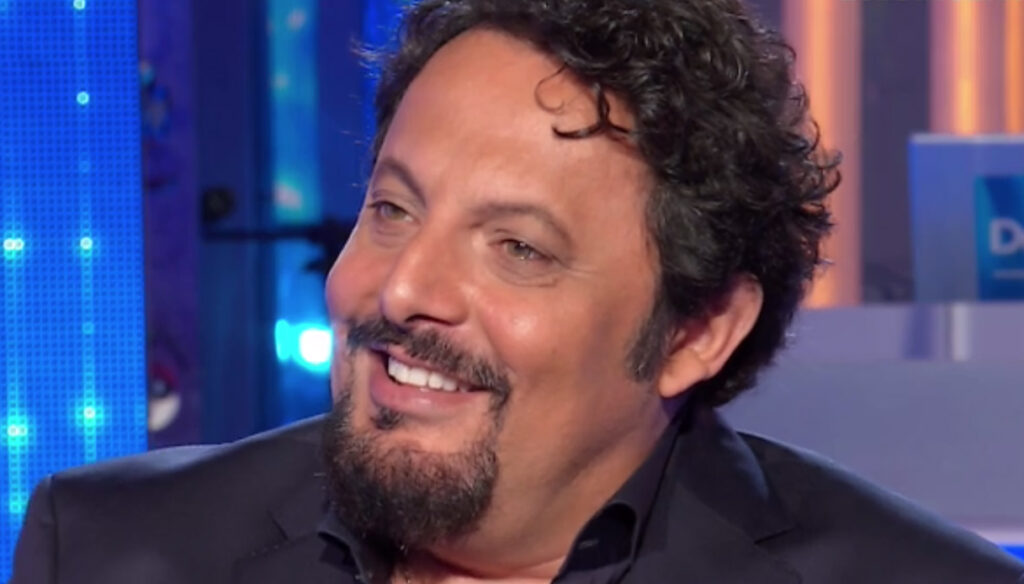 Enrico Brignano, guest at "Domenica In", talked about himself in the round and dedicated a tribute to Gigi Proietti

Mara Venier is back with a new episode of Domenica In, as always full of surprises and extraordinary guests. During the long afternoon of Rai1, the presenter welcomed into the studio some of the faces most loved by viewers, such as Pupo and Enrico Brignano.

After the touching interview with Enzo Ghinazzi, who spoke at length about his mother, Aunt Mara introduced the famous Roman comedian, ready to give the audience a few laughs. Brignano briefly retraced his career, starting right from the origins. And for this he wanted to dedicate a thought to his uncle Domenico, who played a fundamental role in his life: “He is my mother's brother, when my father passed away, he was my other father. In unsuspecting times, he left for bronchial pneumonia ”- Enrico said -“ I remember that day with great effort ”.

On the other hand, remembering his father Antonino, the comedian couldn't help but hold back the great emotion that struck him in the studio: “He knew it would be better to have a happy son doing something he liked rather than an unhappy son. Dad did the job of the greengrocer as a fallback. He loved to do the job of his grandfather, who was a good mosaic craftsman. He didn't like being in the shop, he did it to make a living ”. Even Enrico Brignano, as a boy, wanted to follow the family inclinations. For this reason he studied at the professional institute, preparing to be an artisan.

But his path soon took an unexpected detour: "When I said to my father: 'I would like to continue with university and be an actor', he didn't understand well. But they let me go, after graduation and military service. And so I did Proietti's workshop ”. In fact, Enrico took his first steps at the academy of the great Italian master, and it was to him that he wanted to dedicate splendid words, his eyes shining with emotion.

“He was a great man and he always will be, he was a second father even though we haven't seen each other so much in recent years. That meeting, which took place in 1988, was fatal "- recalled Brignano. “When my father died, Gigi wanted to say hello and we met. He told me: 'To alleviate the pain, the only thing you have to do is thank him, think that his passage on earth has done so and you are the result of his path'. Now I borrow what he told me and I thank him for meeting Gigi Proietti “.

To soften the atmosphere a little, Mara Venier gave her guest a wonderful surprise by connecting with her girlfriend Flora Canto. The beautiful showgirl is pregnant with her second child, a boy expected in July, and the baby bump is now very evident. "I feel like Easter, as they say in Rome" – revealed Enrico – "And she is the egg, which contains this surprise". On the name, apparently, I still disagree. If you would like to call him Niccolò, the comedian has something else in mind: "I wanted something more disengaged, like Charlemagne" – he explained, with his overwhelming irony.

He and Flora, who already have a beautiful little girl named Martina, have never decided to take the plunge: "We are not married, but we are thinking about it" – admitted the comedian – "Maybe when it's cooler, and when it ends the pandemic ". But Aunt Mara certainly did not give up so easily, and with the support of Canto she literally cornered Brignano, who eventually gave in. The presenter managed to get him the promise that he will marry his partner at the end of September. Who knows that the miracle doesn't really happen.

Barbara Catucci
8508 posts
Previous Post
On Sunday Live, Giulia Salemi talks about the meeting with Pretelli's family
Next Post
Domenica In, Pupo tells about himself: his career and his relationship with his mother