Domenica In, Gianna Nannini celebrates her birthday with Mara Venier 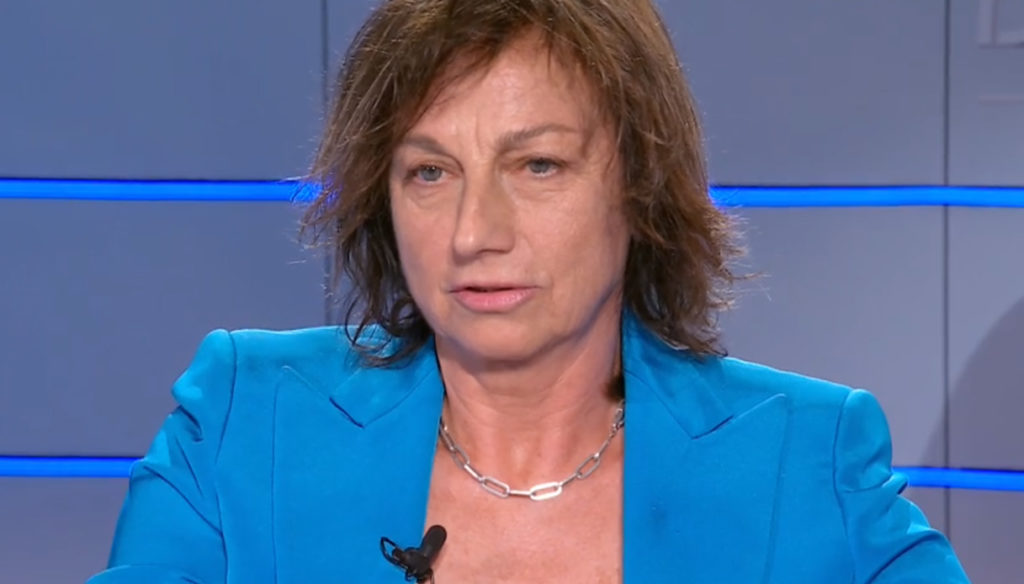 On Sunday In Gianna Nannini has retraced her long career, to celebrate a special birthday together with Venier

An episode of great emotions that of Domenica In, which featured a great exponent of Italian music, Gianna Nannini, who turns 66 today.

Mara Venier opened her interview by singing Happy Birthday to the singer-songwriter, who admitted: "I'm here to share my birthday with all of you!". During the chat with the presenter, Nannini retraced her long career, between amusing and exciting anecdotes.

To begin with, the presenter of Domenica In showed her performance on the occasion of the concert on May 1st, in a deserted Milan: an exciting performance on the Martini Terraces, with piano and voice, which ended with a hug from above to the city. Mara, very impressed, revealed:

I always get excited with you, I don't know how you do it, but you really can always move me. In this image of the embrace there is not only Milan, there is all of Italy inside.

The birthday girl has retraced her career from its origins, since, seeing Domenico Modugno on television, she became passionate about music:

When I was four years old I saw Domenico Modugno sing: he opened his arms wide, I looked at him and I opened his arms too. I was spellbound. It was he who gave me the start because from there I started to seriously think that singing was my way.

Then the studies at the Conservatory, the work in the father's pastry shop to begin to stay and leave home, when he cut three fingers:

I left the phalanges of three fingers in the machine for the ricciarelli: they ended up in the pastry dough, they found them the next day, too late to reattach them. I let out a terrible scream, the hoarse voice came from this.

After that episode, the singer-songwriter ran away from home to pursue her dream: after many auditions she was discovered by Mara Maionchi, and from there came her great success. A moment of tenderness when she told of the bond with her grandmother, the only one in the family who supported her and who followed her on the buses on tour with the musicians.

And yet the magical experience with Michelangelo Antonioni, who shot the video clip of the piece Fotoromanza: "He was the only one who made me wear heels and an evening dress," admitted laughing Nannini.

Without forgetting the exciting meeting with Maradona, who called her daughter Giannina in honor of the singer-songwriter. In an old interview he said: "I felt his heart beat near mine". Then he specified: "It was just a meeting, eh", but Venier promptly replied "Don't tell me right you!".

At the end of the interview, a touching live performance by Nannini, and a cake and glasses of sparkling wine to toast her 66 years: for Gianna it was definitely a special birthday.

Barbara Catucci
7911 posts
Previous Post
De Martino imitates Mara and she replies: "I love this irony". Silence on Belen
Next Post
Against hypertension, here are the foods that change the taste for salt