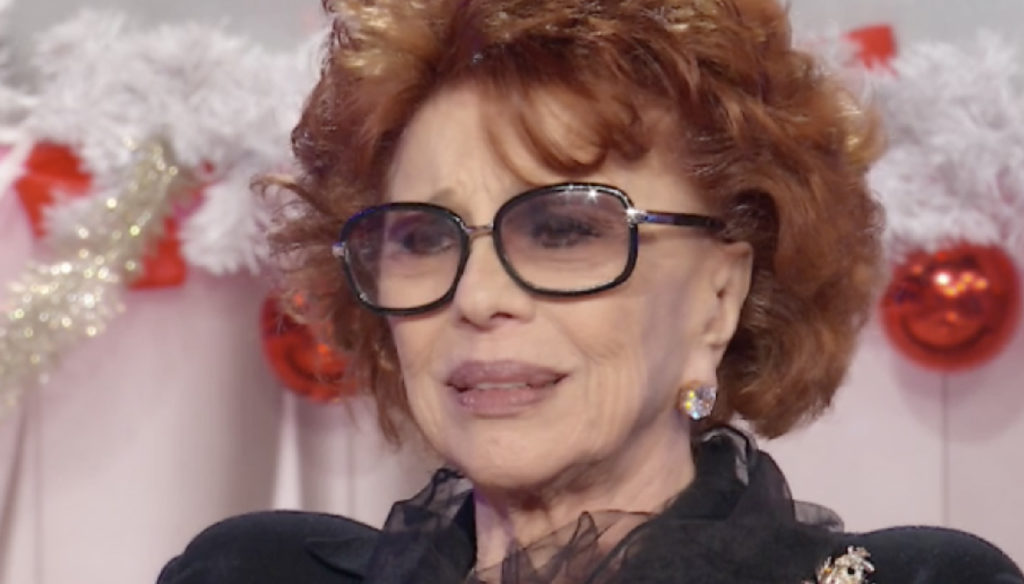 An unexpected surprise for the actress Giovanna Ralli, guest of Mara Venier on Domenica In: Adriano Celentano phoned live

The first episode of 2021 on Domenica In did not disappoint the expectations of the affectionate public. The hostess, Mara Venier, began in style with an interview with the famous actress Giovanna Ralli, her dear friend and icon of beauty and talent. Born in 1935, Ralli turned 86 on 2 January but shows a determination that few at her age have. "I don't give a damn, I say my age", so tenderly apostrophized Venier who wanted to hide the "offending" figure.

But Giovanna Ralli has very little to hide and she proved it also on this occasion. An interview in which he retraced his difficult childhood, telling Mara Venier about the period of the war in which his family had little but with that he was able to go on and overcome everything. Proud "little head" (ie from Testaccio, in Rome), the actress began her career at the age of 13, when her father lost everything to horse racing. At first small roles from a simple extra, then the cinema alongside the greats like Marcello Mastroianni and Anna Magnani, finally the great love for the theater that has always been his home.

Wrapped in a sober and very elegant black suit, accompanied by a sumptuous red stole, Giovanna Ralli lived many exciting moments in Mara Venier's living room. First a birthday cake, which moved the actress not a little. "I have never celebrated my birthday", so he said between warm tears of joy. Then there were surprises, from the presence of Cesare Rascel, son of the famous Renato, to the message of the journalist Maurizio Costanzo, whom he met when he was only 22 years old, up to the greeting video of Francesco Gabbani.

But suddenly a big absentee from TV broke in: singer Adriano Celentano phoned live to speak with Giovanna Ralli. The two met in unsuspecting times when Celentano, still very young, was part of the claque of a theatrical performance by the actress. A more than welcome surprise in which the singer indulged in the most sincere compliments. “I was struck by your freshness and above all your beauty” he said, “you are a beautiful girl”.

Giovanna Ralli then left everyone speechless with a strong and unexpected statement. "This is the last interview I'll do" he said, "then I want to grow white hair, like Jane Fonda". And enjoy, in this way, the family and the affections that by his own admission are now his priority.

Barbara Catucci
12047 posts
Previous Post
GF Vip, Orlando against Dayane Mello: "By now I have unmasked you"
Next Post
Domenica In, Alba Parietti: friendship with Mara and the memory of Giuseppe Lanza di Scalea
You must be logged in to post a comment.
Menu