Donating blood, a simple gesture that can save a life 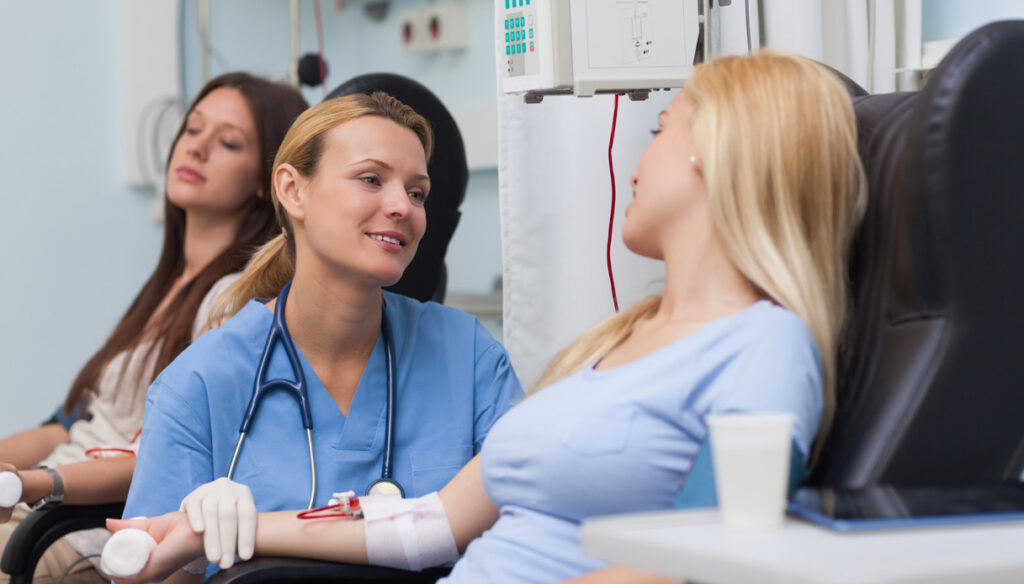 The hope of science and research is to arrive as soon as possible in innovations that can limit the use of repeated transfusions. But for those suffering from certain blood diseases, such as Beta-Thalassemia or myelodysplastic syndromes, having the precious liquid donated by others available means being able to face the situation.

For this reason, even in this season, it is important to remember to donate blood. This is the message that relaunches the "Magnifico donare" awareness campaign, promoted by UNITED Onlus – Italian Federation of Thalassemias, Rare Hemoglobinopathies and Sickle Cell Disease, and AIPaSiM Onlus – Italian Association of Patients with Myelodysplastic Syndrome, in collaboration with AVIS and with non-conditioning support by Celgene, now part of Bristol Myers Squibb. Testimonial of the initiative is Chiara Galiazzo, winner of X Factor in 2012, who wanted to "donate" a song to raise awareness of a noble and important gesture.

One entry for donation

“I am really happy to have been chosen for this initiative – says Chiara Galiazzo. I have always believed in the value of donating blood, my father has been a donor for a lifetime and I have always been very sensitive on this issue. It is a simple action for those who perform it, but it can really change the lives of people who have to resort to frequent blood transfusions. I hope that my commitment to the campaign will make the issue known to the people who follow me, perhaps even those who, trivially, had never thought they could become donors.

Composing a song for the "Magnifico Donare" campaign together with the author Virginio initially seemed a very demanding task: for us it had to be a real song, able to excite the audience and bring them closer to the theme through the melody and the text. . In a second moment it all seemed easier to me because the concept of giving is a universal concept, you can donate blood, but the truth is that you are giving something more, you are giving hope to someone else, you are actually doing one thing magnificent. The song speaks precisely of this: of how much to donate blood means to reach out to others, of how much sometimes it doesn't even occur to us that a simple gesture like this is enough to help others ".

The campaign is aimed above all at young people, recalling the importance of "giving happiness completely, simply, now and always" in the piece Magnifico Donare, played by Chiara Galiazzo, which uses the writing of lyrics and music by the singer-songwriter Virginio author for Laura Pausini, Raf, Francesca Michielin) and the arrangement by Francesco Catitti (already at work with Mahmood and Elisa among others).

A habit to be taken when young

Blood transfusion is still the therapy of choice for patients suffering from Beta-Thalassemia, a genetic, hereditary disease, common in geographical areas such as the Mediterranean basin, which can be diagnosed from the very first days of life. In Italy it is estimated that there are at least 7,000 individuals affected by Thalassemia Major, the most severe form, while there are approximately 3,500,000 healthy carriers.

Even for myelodysplastic syndromes, a set of blood diseases characterized by the uncontrolled proliferation of hematopoietic stem cells, which are no longer able to mature properly and consequently ensure a normal production of red blood cells, white blood cells and platelets, transfusions remain a therapy that is currently needed. The most important symptom of these pathologies is in fact anemia, even of a severe degree. The elderly over 70 are mainly affected.

In Italy, according to a recent research conducted by AIPaSiM, myelodysplastic patients would be about 6,500 with uniform distribution throughout the national territory. In Italy there are currently over 1 million 620,000 blood donors. Today, national self-sufficiency is in the balance because, also due to the demographic decline, there is a decrease in "stable" donors among the younger generations. Patients are exposed to the consequences of blood deficiencies that are concentrated in certain periods of the year (summer and winter months during the flu peak) and in some geographical areas, especially in the South.

Gianluca Zompi
1674 posts
Previous Post
Letizia of Spain, the green dress with colorful flowers is a ready-to-wear work of art
Next Post
Nadia Toffa, the indelible memory and the gift she would have wanted