Don't blame your parents for their separation, but admire them for their courage 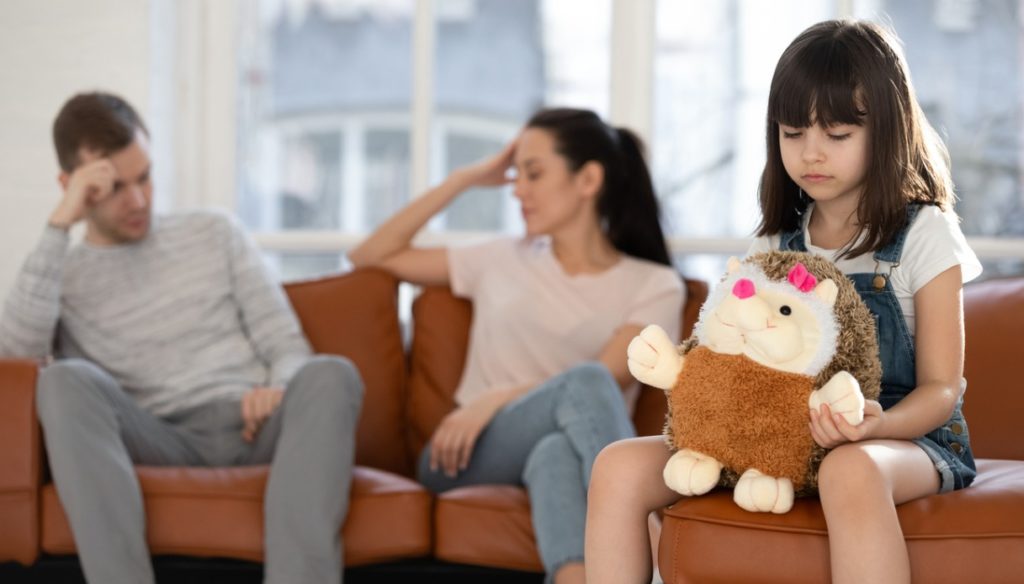 Breaking up, when there are children, is always a very painful decision. But isn't mum and dad the right to be happy too?

Mom and Dad separate! They no longer get along, they are not happy together and they no longer love each other: whatever the reasons that led them to make this decision is now made, there is no turning back and all the time spent together, as a family, already seems a memory.

There are many emotions with which children, large or small, find themselves having to deal with when their parents break up. Some of these are too important and complex to decipher and tame, at least at first, what is certain is that everyone is wondering how great the impact of mom and dad's decision will be on their lives.

Because not only does a couple crumble, but also the family, just as the children were used to knowing it and living it; it changes and transforms, but the sadness is so great that you have the feeling that it is a breakup. And it is this that leads to fragility, bitterness and anger, these feelings accompanied by great confusion and instability towards the future.

And all this discomfort, this pain that belongs to the little ones, if perceived by the parents, triggers a vicious circle made of suffering and guilt that must be stopped before bringing everything that remains adrift.

Children should never judge their parents, they have every right to have their doubts or to be frightened by this new situation but pointing the finger at one or the other will not do anyone any good. Maybe mom and dad already suffer enough from the failure of that promise of love, what's the point of increasing the pain?

Even parents, just like their children, hoped for a happy ending, after all it was they who created, with commitment and sacrifice, that family in which to feel safe. Even mom and dad had big dreams and expectations based on all those projects shared and realized year after year until that moment when they felt like strangers in the house.

But isn't that their right to be happy too? When two parents choose to separate they never do it lightly because thinking about their children they will always be convinced that they have taken something away from them. And it is the task of the little ones to look at their decision as an act of courage, because even mum and dad deserve a second chance.

Ilaria Barabrossa
1519 posts
Previous Post
Such and such, the judges at the helm. But Carlo Conti intervenes to remember Proietti
Next Post
Stefano D'Orazio, his wife Tiziana Giardoni the great love of his life