According to Dr. Ciro Vestita, there are herbs, to be integrated into a balanced diet, very useful to eliminate waste, control pressure and quell nervous hunger 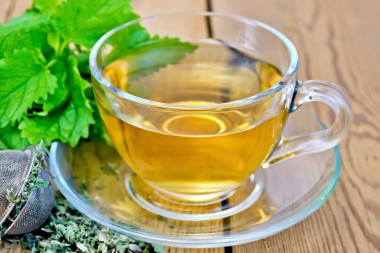 The 7 draining herbs to deflate the belly

According to its creator, a doctor specializing in paediatrics and a phytotherapy expert (he works in Rome, Pisa and Florence and is often a guest on TV), there are several medicinal plants that can help those who live in an overweight condition.

Before going into the details of their properties, it is important to specify that, according to Dr. Ciro Vestita, herbs must absolutely not represent the exclusive food of the regime.

Indeed, his philosophy of expert in nutrition – he graduated with a thesis on childhood obesity – sees in the foreground the concept of diet understood as something far from the drastic regimes that totally eliminate certain nutritional principles, primarily carbohydrates.

According to him, the best possible regime is not by chance the Mediterranean diet, extremely balanced and appreciated all over the world.

Returning to herbs, we remind you that, according to the diet of Doctor Ciro Vestita, they represent a valid aid both to quell hunger and to stimulate diuresis and eliminate waste.

Among the most effective is the bermuda grass, characterized by important diuretic and anti-inflammatory properties.

Its effectiveness concerns in particular the purification of liver and kidneys. Moreover, it represents a useful reference point to fight urinary infections in a natural way.

Dr. Ciro Vestita's herbal diet also recommends taking dandelion, famous for its diuretic efficacy. This medicinal herb is also famous for its ability to promote the production of bile and its consequent expulsion, with positive consequences on the purification of the liver. Furthermore, the dandelion is characterized by a high content of vitamin C.

In his diet, Dr. Ciro Vestita also praises the benefits of orange blossoms which, by virtue of their sedative power, represent a valid remedy for calming nervous hunger. Also in this case, we talk about a herb with a strong purifying effect.

Also noteworthy is the juniper, which is present above all in the Tuscan woods and represents one of the most diuretic herbs among those that nature makes available to us.

Finally, it is worth mentioning the Gingko Biloba which, in the field of phytotherapy, is widely used to optimize the microcirculation in the legs.

These herbs should only be taken after seeking the advice of your doctor and holding the results of allergy tests.