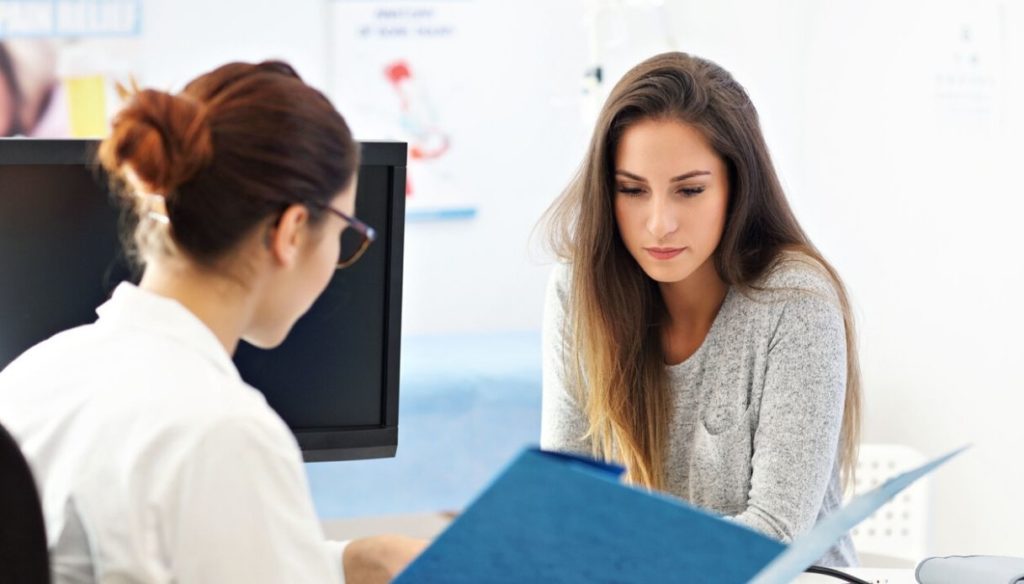 To turn it on we thought a study, to be verified on larger numbers, published on Jama Network Open

5,200 new cases each year, with around 50,000 women living with the disease. These are the figures for ovarian cancer in Italy. Unfortunately, the disease is difficult to detect early because it causes very general disorders and this leads to a delay in diagnosis and greater difficulties in treatment.

Now, however, an Italian research, to be verified on larger numbers, opens the door to hope. Thanks to the simple Pap test, the presence of neoplastic cells could be recognized much earlier and acted accordingly.

An invisible "spy" recognizes the enemy

The discovery is based on the Pap test, which consists of taking cells from the neck of the uterus and the cervical canal. With this completely painless examination, it is possible to diagnose ovarian tumors at an early stage through the use of new DNA sequencing technologies.

The discovery is the result of research, published on the Jama Network Open, conducted by the Mario Negri IRCCS Institute for Pharmacological Research in Milan, in collaboration with the San Gerardo Hospital of Monza and the University of Milan-Bicocca, with the support of the Alessandra Bono Onlus Foundation.

The starting hypothesis consisted in the fact that from the fallopian tube, where most of the high-grade serous carcinomas of the ovary are born (which represent about 80% of malignant tumors affecting the female gonads), they could detach from the early stages of the malignant cells that, reached the neck of the uterus, could be taken with a screening test such as the Pap test.

Since the early stages of tumor transformation, cells acquire in their DNA peculiar mutations of the Tp53 protein, a gene that acts as a guardian of the genome which, once altered, guides the subsequent stages of malignant transformation of the cancer cell.

The study, the researchers point out, must be considered with caution because it is implemented in a few cases, but the data are extremely convincing and encouraging. "The most interesting data – says Maurizio D'Incalci, who directs the Oncology Department of the Mario Negri Institute and guided these researches – is that we have demonstrated the presence of tumor DNA, which derives from ovarian cancer, in Pap smears taken in patients with ovarian cancer years before the diagnosis of ovarian cancer. This indicates that already six years earlier the molecular analyzes developed today could have theoretically allowed to diagnose the tumor. I believe that applying this test can save many human lives. "

In some cases where there were several Pap tests performed 6 and 4 years earlier to the same patient, the same clonal mutation of the p53 protein found in the tumor was unequivocally identified: this reinforces the idea that these are alterations specific molecules underlying the development of the disease.

The innovative procedure is of great importance as the majority of patients with ovarian cancer do not have specific symptoms and the diagnosis of the disease occurs in the late stage, when the tumor is advanced and very difficult to cure.

If ovarian cancer is diagnosed at an early stage, the 5-year chance of survival is 75-95%; in the case of malignancies diagnosed in an advanced state, the percentage mentioned above drops to 25. Robert Fruscio, Associate Professor of Gynecology and Obstetrics at the University of Milan-Bicocca and clinical manager of the experimentation at the San Gerardo Hospital in Monza, underlines that " the importance of the results obtained from this project is extraordinary, as the application of this test will allow early diagnosis of ovarian cancer. In patients who have BRCA1 or 2 mutations, with a high probability of falling ill with ovarian cancer, a prospective Pap-test collection has already started and this will allow us to verify the validity of the method in a reasonably short time ".

Gianluca Zompi
1299 posts
Previous Post
Jennifer Lopez dances, her husband imitates her: the video is irresistible
Next Post
Monica Setta, the bickering with Diaco and the background on her private life