Echinacea: the natural ally for the well-being of the respiratory tract 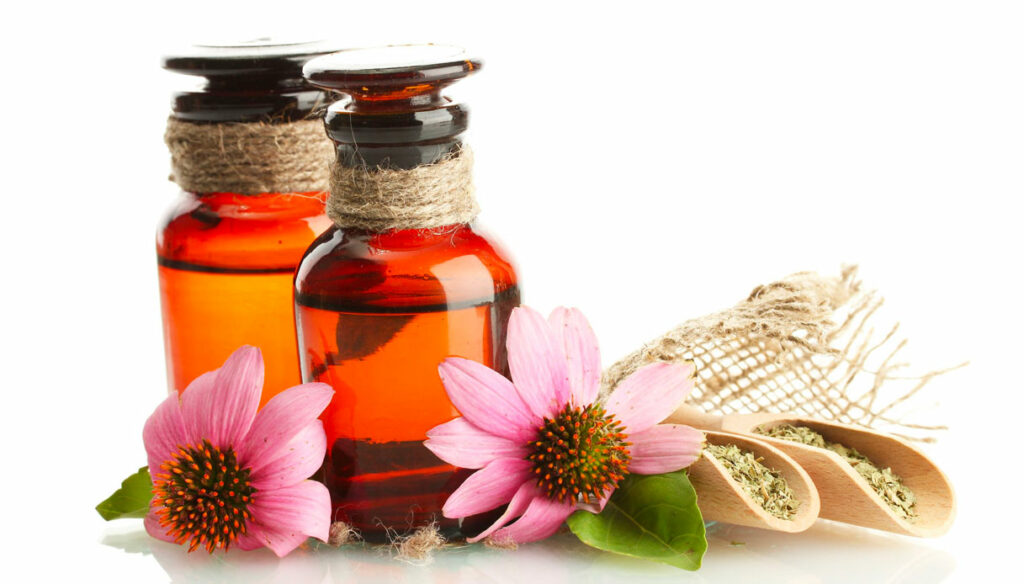 Since ancient times, native North American communities have used echinacea for its extraordinary properties capable of soothing poisonous bites and stings and healing wounds. The plant was also used as an ingredient to prepare mouthwashes against toothache and infusions to combat flu states.

Today, numerous scientific researches have demonstrated its virtues for health. It is a precious ally of the immune system and helps prevent some infectious diseases of the upper airways of both bacterial and viral origin.

A natural remedy for the well-being of the whole family since the data present in the literature today authorize its use even in pregnancy and in children.

Echinacea belongs to the Asteraceae family. From a botanical point of view, the most active species are the Purpurea and Angustifolia. Initially Charles Linnaeus, a Swedish physician and naturalist, gave it the name of Rudbeckia, in honor of O. Rudbeck, a Swedish botanist of the seventeenth century. Subsequently, in 1794, Conrad Moench, a German botanist and naturalist, changed the name to Echinacea, of Greek etymology (Echinos means "sea urchin" due to the shape of the upper part of the plant), but it is only from the beginning of the twentieth century that the plant has entered the daily care practice.

Among its virtues, the plant is useful for promoting the well-being of the upper airways. "It has a good non-specific immunostimulating action, confirmed by experimental tests such as the increase in the ability of total leukocytes to incorporate and destroy viruses and bacteria", explains Dr. Antonello Sannia, President of SIMN (Italian Society of Natural Medicine). "The increase in the production of interleukin 10 seems particularly important, as it plays a primary role in stimulating lymphocytes".

It has also been shown that echinacea is able to oppose the depressive action on the immune system typical of many antibiotics. "Numerous clinical studies have been conducted to evaluate the effectiveness of this extract, in particular as an immunostimulant useful in the prevention of some infectious diseases of the upper airways of both bacterial and viral origin".

But its virtues don't end there. In addition to the immunostimulating one, it also has an anti-inflammatory action. Echinacea can in fact stimulate the production of glucocorticoids by the adrenal glands, hormones that have a powerful anti-inflammatory action. "In particular – says the expert – numerous studies have shown its effectiveness in helping to reduce the occurrence of colds from the upper airways typical of the cold season. For this reason it is considered to have a preventive action ”.

How it is taken in the form of a supplement

First of all, it is good to remember that food supplements are foods, the purpose of which is to supplement the normal diet, contributing to the well-being of the body. Their use and safety of use is guaranteed through various composition / dosage and labeling obligations: the substances used, the dosages and the indications on the label are regulated and follow precise rules.

Generally, they are sold in capsules, tablets, powders in sachets, vials and the like, and can help, based on their composition, to improve the state of health and promote the regular functioning of the body.

“They cannot in any way replace a healthy and balanced diet – points out Dr. Sannia – but their intake can be useful in particular moments of life, such as pregnancy and menopause, or in supporting the physiological functions of the body to maintain a good state of health, flanked by a correct lifestyle, a varied diet and balanced and an adequate level of physical activity. For the duration of the intake, it is good to ask your pharmacist or doctor for advice ".

Side effects and contraindications

Echinacea can cause skin allergies in sensitive individuals and mild fever in the first days of use.