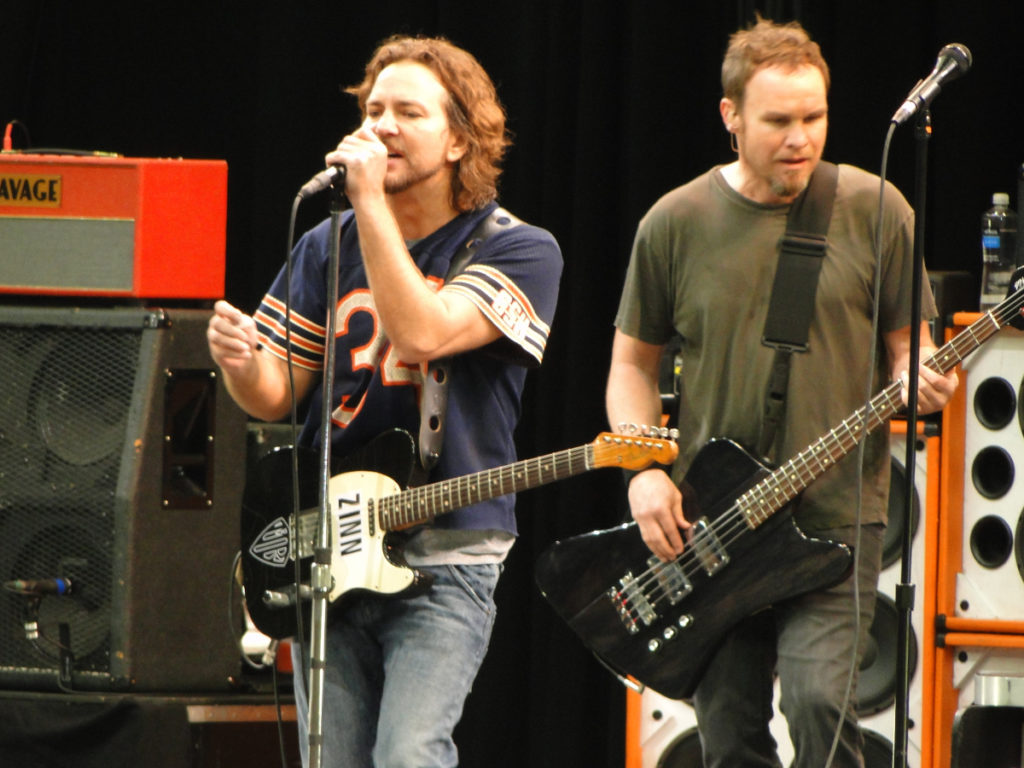 Who is Eddie Vedder? Let's find out everything about life and curiosities about singer and guitarist well known internationally

Eddie Vedder, also known as Edward Louis Severson III is a singer-songwriter well known internationally for his activity in the world of music and in various groups. Active since 1986, his commitment also extends to playing various musical instruments, such as the piano, the electric guitar and the harmonica. He was born in the city of Evaston, located within the state of Illinois, in Cook County on December 23, 1964, and it can be said that his childhood and adolescence is marked by numerous events in the family environment. In fact, the situation within the family group itself was not the best, which leads Eddie Vedder's mother to divorce the singer's father and remarry with another person. Vedder for a good part of his life will believe that his stepfather is actually the biological father. He won't have a good relationship with this person, going to leave home and leave school to join his mother in Chicago, who in the meantime had already contracted a divorce from Mueller himself. The passion for music manifests itself immediately in the life of the young Vedder, at 12 he had his first guitar as a gift and at about 20 he began recording some songs or musical demos together with his girlfriend named Beth Liebling.

It is also true that in this period he also got to know the work of some internationally successful music bands, such as The Doors, The Who and so on; his musical tastes and his future production will be deeply influenced by what he discovered in this period. The voice, which will characterize him throughout his career, appears to be very intense, belonging to the tonality of the baritones; moreover, the texts he wrote very often tell of various social problems and the loneliness suffered by many people, resulting very sad, gloomy and sometimes very introspective. Vedder begins his career in a band formed by himself called Bad Radio, but the experience with this group will be short-lived since in that period Jack Irons, that is an old friend of his and former member of the group musical Red Hot Chili Peppers, was able to make him hear some excerpts of songs played by the group Pearl Jam, who had just lost the main voice. For them Vedder wrote some of the songs that were examined by Pearl Jam; in no time, some say even a week, Vedder will change the band to which he belongs, joining the band.

From that moment on his career has been a continuous ascent in the world of music, in fact in this period the group acquires a huge success thanks to the songs published, and also becoming the protagonist of some very heated criticisms and debates in that period. It is certainly worth mentioning the fact that since 1993, after the release of the album VS. the singer began to approach and play other instruments, going beyond the guitar; some of these musical instruments are the harmonica, the drums and the piano. Although the musical activity within Pearl Jam is very intense, this does not prevent him from engaging in other fields, in fact in the 200th year he intervened in the world of politics by openly supporting the presidential election candidate named Ralph Nader, this it happens thanks to the interests for the protection of the environment shared by the singer and the candidate himself. In 2004 he again became a supporter of another candidate for the role of President of the United States named John Kerry; also in this case it can be said that the motivation is strongly linked to the environmentalist cause, supported by both characters.

In the world of music, however, Vedder is also characterized by the numerous collaborations with numerous musical bands and singers of great fame, such as U2, Jack Iron (who will later take the place of drummer within Pearl Jam) and makes numerous collaborations with the Ramones; in that period he will also take part in the last concert held in 1996 and on that occasion he was given the opportunity to sing the last song entitled Any Way You Want It. Subsequently, after several years he asked the main voice of the Ramones to help him in the enterprise of creating a sort of music album dedicated to the group itself. He will also be able to appear in the world of cinema by making some cameos within a few films and writing several soundtracks for films of considerable fame such as Into the Wild, Guaranteed, which earned him the golden globe for best original song). As for his private life, it can be said that in 1994 he married his first girlfriend named Beth Liebling and that he subsequently obtained a divorce and then remarried in 2010.