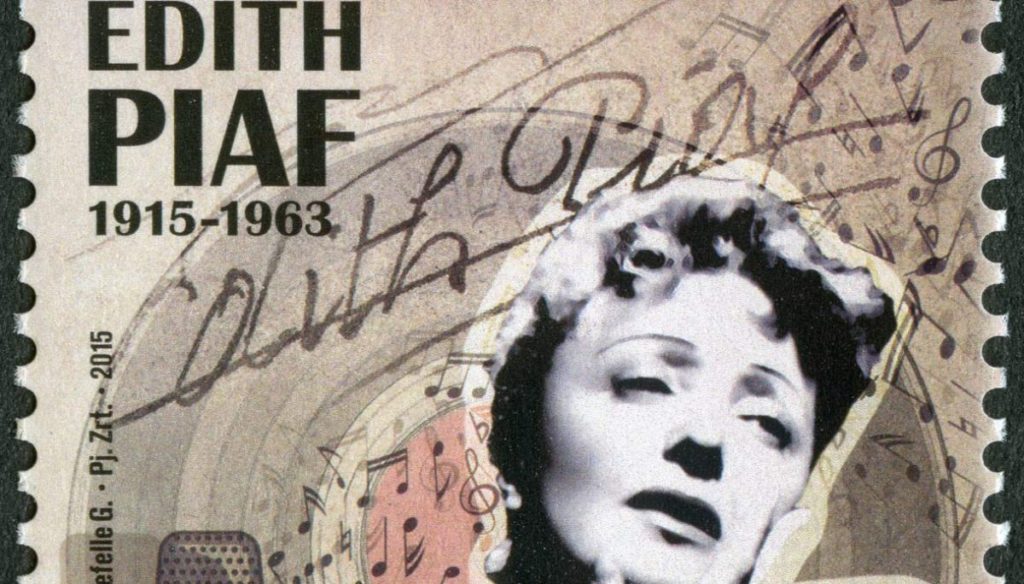 Edith Piaf is a French singer-songwriter. He was a particularly well-known character between the thirties and sixties thanks to his intense musical activity

Edith Piaf, the stage name of Édith Giovanna Gassion, was born on December 19, 1915 in Paris. It is a famous singer of the French music scene. Piaf has achieved great fame in the role of interpreter of the realist trend. It has also been defined with the nickname "Sparrow", given its small stature. It is precisely from this quality that the name piaf came to life, which means sparrow. The singer became a real music icon between the 1930s and 1960s. His approach in this area took place very early, at the age of eight. It was in this period that little Edith began to perform with her father, flanking him and singing with him on the streets. What really stood out was his fascinating voice, full of many nuances. Edith Piaf was in most cases the author of her own songs. The singer's childhood was very difficult and stormy as it was marked by numerous difficult periods, including road accidents, cases of ethyl coma, operations, as well as a suicide attempt.

In one of her latest extras, in fact, the woman appeared in rather serious health conditions: her hands were affected by deformations due to rheumatoid arthritis and her hair was dull and thinning. The singer was born from a humble family. Her father, Louis Alphonse, was a contortionist while her mother, Annetta Giovanna Maillard of Italian origins, also loved to sing. The woman was said to have given birth to little Edith in the street, with the help of a policeman while she was on the sidewalk in front of her house. However, there are conflicting versions, as the Parisian archives report that the woman gave birth at Tenon hospital. This certification was drawn up at the birth of the newborn baby in the presence of a nurse who had offered her support during childbirth together with the doctors. Apparently, Edith was the name of an English nurse who was murdered for offering help to some French soldiers fleeing German prison during the First World War. At the end of the birth, the mother was transferred to another bed and a few days later she was discharged from the hospital together with little Edith.

It is not yet clear where the father was during the birth of his daughter, but according to what Edith Piaf said, the man was looking for an ambulance to help the woman during the birth, to which the waters had broken. It seems that the man had stopped in every small bar in the city to celebrate the big event and that he returned from his wife and his newly born child totally drunk. The working conditions of the two parents did not allow the raising of a child, therefore little Edith found herself spending a lot of her childhood time with her maternal grandmother who lived near her parents' home. It is said that the woman did not care much about the girl, despite being her godmother. Edith Piaf has lived with her grandmother for about two years. It is said that his bottles were filled with red wine to remove the "microbes". When the father of the little girl, after returning from the war, discovered these events, she decided to entrust her daughter to her paternal grandmother. The girl was welcomed fabulously and began to live in a decent way and with the right attention. She was affected by a pathology in the eyes, keratitis and was taken by her grandmother to Lisieux, where Santa Teresa del Bambin Gesù was located, so that she could heal in exchange for her prayers.

Edith Piaf therefore became particularly devoted to Santa Teresa, so much so that during her concerts she used to always light a candle. At the age of eight he returned to live with his father with whom he began performing on the street. The little girl was immediately considered a phenomenon of singing and was a great help to gather some coins to feed the family. Edith Piaf is known for her extraordinary La Marsigliese song, characterized by the vocal tone full of determination and passion. During his adolescence he was part of a duo alongside Simone Berteaut with whom he performed both on the barracks and on the streets of the city. After the birth of the relationship with Louis Dupont, she became pregnant at 17 years of her baby girl called Marcelle. Due to her young age, the woman was unable to take care of the baby properly. In fact, she used to take her with her on the street during the performances. The little girl died of meningitis at the age of two. Noted by the impresario Louis Leplée following the performance at the Champs Elysées, Edith Piaf made her debut in the world of music in 1935. The woman passed away on October 10, 1963 due to a fatal bronchopneumonia. The singer-songwriter was secretly transported to Paris, the city where she wished to die.

Giovanna Pirri
5936 posts
Previous Post
Gino Strada: who he is. Biography and curiosities
Next Post
Eliana Michelazzo, on Instagram the special message for the fake Simone Coppi