Eggs for breakfast, because they help you lose weight 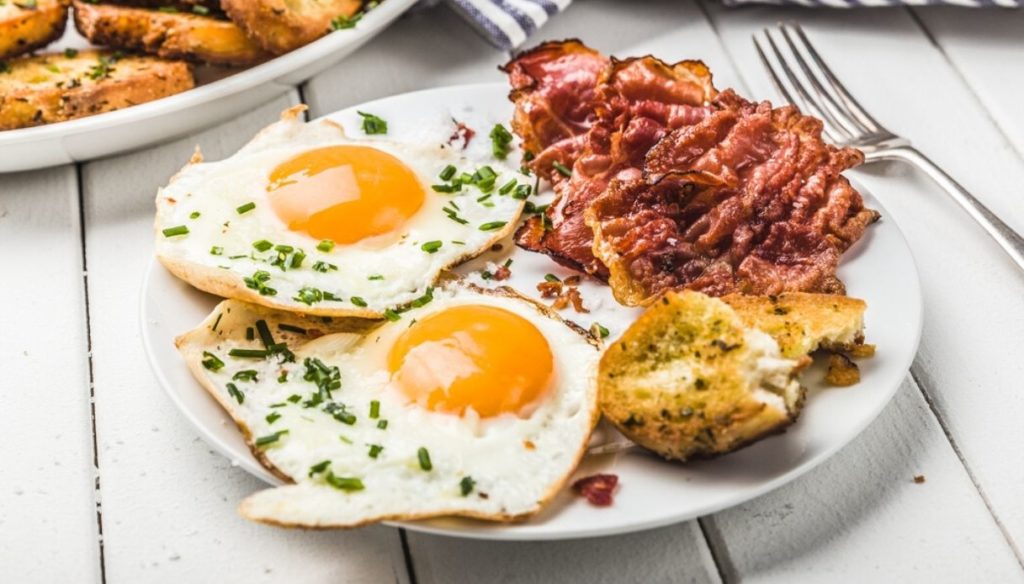 For several years now, the introduction of non-sweet foods has been emphasized in the diet of the first meal of the day. In this category it is possible to include eggs. How can it be useful to eat them for breakfast? How do they affect weight? Science has repeatedly asked about it. Noteworthy in this regard is a study conducted in 2005 by a group of experts from Saint Louis University (USA).

The aforementioned team compared the effects of an egg-based breakfast with a first meal of the day characterized by the intake of bagels instead. To learn more about this, they recruited a sample of 30 women with a minimum BMI of 25 kg / m2 and aged between 25 and 60 years.

During this randomized study, the participants were invited, following a nightly fast, to consume the two breakfasts mentioned above (clearly divided into two groups). The researchers observed that, in the period preceding the mid-day meal, the women who had eaten the eggs for breakfast were more satisfied. Data in hand, in their case there was a short-term intake of smaller quantities of food.

There are several reasons why it is worth adding eggs to breakfast foods. When naming them, it is important to mention their protein content, which has a crucial role in weight control. Even at this juncture, we can speak of several scientific evidences. Most of these research works focus on the thermogenic effect of these nutrients. To mention in this regard is a study published in 1996 and conducted by an active team at the Rowett Research Institute in Aberdeen (UK).

The experts just mentioned have focused on the effects of protein intake on energy expenditure over 24 hours on subjects following a calorie-restricted diet (8 individuals of both sexes and between the ages of 31 and 57) .

At the follow up, it was possible to identify an influence of the protein intake on the disposal of calories, which is absolutely not compromised. We conclude by pointing out that, before starting to eat eggs for breakfast, it is advisable to seek advice from your doctor or a food science expert.