Electronic cigarette: what damage does it cause? 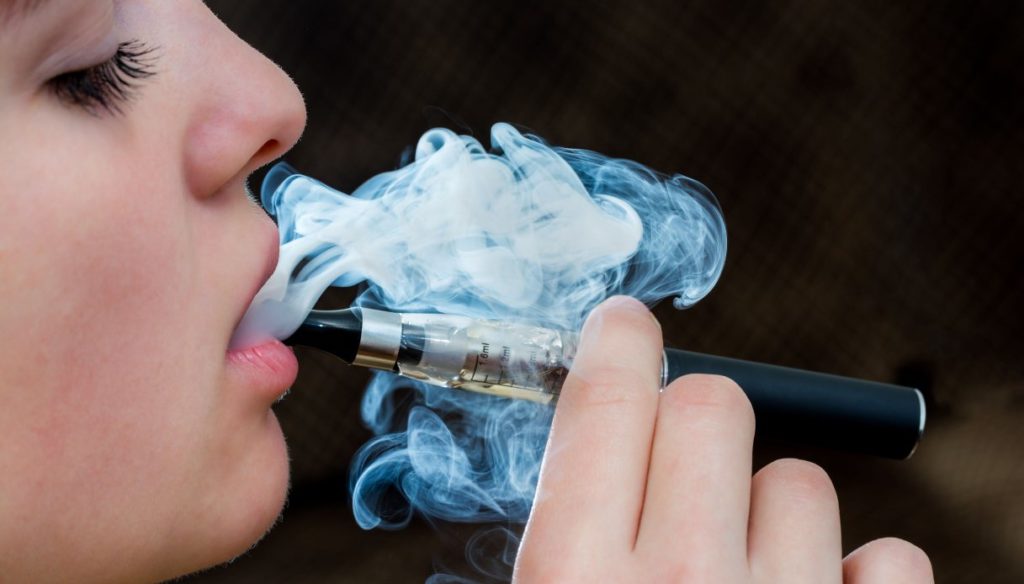 The consequences of inhaling the vapor produced by the electronic cigarette are not the same as those caused by tobacco smoke, but there are

More and more used, the electronic cigarette brings with it a long trail of doubts and questions. For example if it is safe, if it poses health risks, if it really helps to quit smoking.

Scholars agree in considering cigarette smoking a risk factor in the development of numerous diseases that can affect both the respiratory, circulatory and even reproductive systems. In addition, it favors the onset of a large number of tumors. Specifically, it is responsible for 25% of all cancer deaths worldwide, as indicated by the Ministry of Health.

Furthermore, in Italy, according to ISTAT data, smoking is prevalent mostly in the age group between 20 and 44 years and deaths related to tobacco smoke exceed 93,000 a year. These are important numbers that help to make people think and understand the possible implications of a habit that is really harmful to health.

Quitting smoking is not easy and many have approached the electronic cigarette with the aim of gradually reducing the nicotine levels taken and thus limiting the effects (such as irritability and increased appetite) derived from a drastic cessation of smoking. According to the data collected in the 2016 Annual Report on smoking, about 2 million Italians use electronic cigarettes regularly or from time to time.

Also known by the name of "vaporizer" – hence the term "vaping" which indicates the practice of inhaling vaporized liquid -, the electronic cigarette or e-cig (abbreviation from English), despite having an appearance that recalls the classic cigarette, has a different mechanism at its base. It allows you to inhale steam, often flavored, which contains quantities of nicotine that can be adjusted according to personal desire. In addition, this device allows you to have a very similar experience, from a tactile, gustatory and olfactory point of view, to that of smoking a cigar or a cigarette. The substantial difference from the traditional cigarette is that the inhaled vapor reaches the lungs without the combustion of tobacco. In fact, the latter is the real culprit for the damage that is caused to the respiratory system.

What does an electronic cigarette contain

In order to function, the electronic cigarette needs a cartridge (i.e. a small tank containing the liquid that is nebulized), an atomizer (which heats and vaporizes the liquid) and finally a battery.

One of the most common questions is what contains the e-liquid that is nebulized: well, the "base liquid" is composed of 90% of a mixture of propylene glycol and glycerol, in variable proportions, and the remaining 10 % from water.

The proportions between propylene glycol and glycerol change according to the desired effect: if the latter produces a denser and more consistent vapor, reducing both the taste and the so-called hit (i.e. the sensation that is felt in the throat by inhaling the smoke) , the first produces little dense vapor, in favor of the hit and the taste of the aroma.

The following can also be added to the base mixture:

From the analyzes carried out on liquids in the course of various studies, the presence of contaminating substances was also frequently detected (probably linked to aromas, component impurities or the vaporization process that occurs at high temperatures) such as formaldehyde, acetaldehyde, metals heavy and hydrocarbon.

What are the damages that the electronic cigarette causes

There is much discussion about the possible risks and consequences of using the electronic cigarette. However, as pointed out by the World Health Organization (WHO), studies to gather new scientific evidence are always in progress. In fact, there is not yet enough data to fully understand the impact that this device can have on health and this is because the electronic cigarette has not been on the market for a long time. Consequently, even the long-term effects, from a health point of view, are under continuous observation and analysis.

Despite this, there are studies and evidence that have collected very interesting data from this point of view and that the WHO itself recalls. In fact, electronic cigarettes:

In addition, as regards the flavoring substances contained within the electronic cigarette, there are still several doubts. This is the case of diacetyl, a substance for food use which, despite being approved and safe when ingested, when it is inhaled in high concentrations and for prolonged periods is associated with a reduction in respiratory function in exposed subjects. Furthermore, it is involved in the development of obliterative bronchiolitis, an irreversible respiratory disease.

What emerges, therefore, is a picture made up of possible, but tangible risks associated with the use of electronic cigarettes. While it is almost certain that they cause less harm than traditional cigarettes, it is also true that they are not entirely harmless and safe. It is not yet clear, then, whether they are really effective for quitting smoking, although on the other hand they can be considered less dangerous than tobacco because the lungs do not inhale tar and other toxic gases.

The issue of preventing the damage caused by smoking is quite different. In this case, e-cigarettes pose a health risk just like cigarettes.