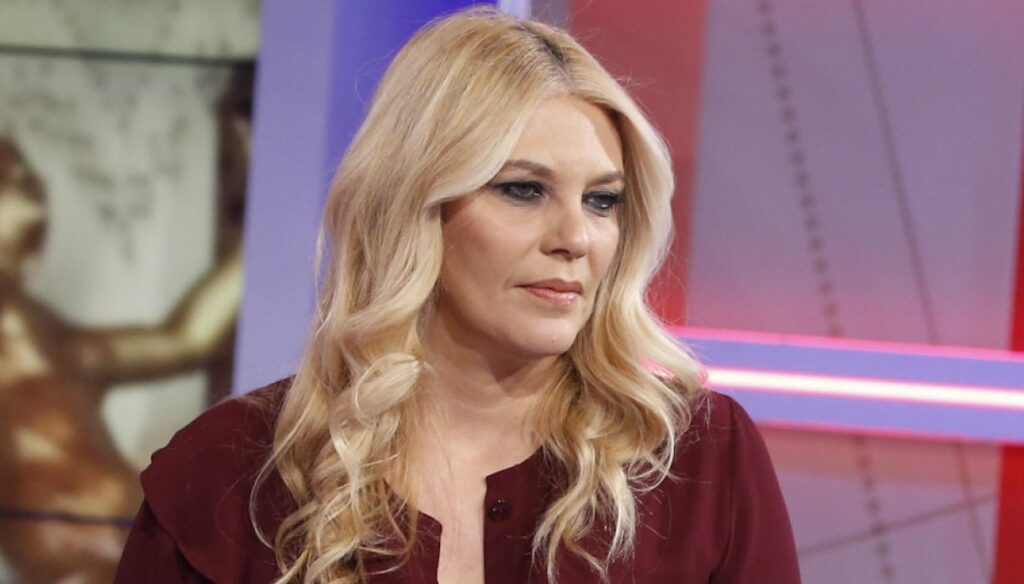 Eleonora Daniele recalled the anniversary of the death of her brother Luigi, to whom she was very attached, with a photo and a sweet dedication on Instagram

A child in the countryside, with a red T-shirt and books in his hands: with this shot Eleonora Daniele wanted to share the memory of her beloved brother Luigi on Instagram. February 17 is a sad date for the presenter, because it is the anniversary of the death of her big brother, who for her was just like a son.

“Six years since you've been gone. My great love. Without you a great void. You will always be in my heart where I will keep you for all my life ”. A few, simple words that hide an emotion that is difficult to describe. Eleonora Daniele lost her brother in 2015 suddenly and still very young, at just 44 years old. Luigi Daniele was suffering from a form of autism and had been living for some time in a specialized facility located in Padua.

Eleonora and Luigi were very close, they shared a special relationship that the presenter spoke of on a few occasions. One of these was in 2019 when in her Storie Italiane she was moved by listening to Lory Del Santo tell about the tragic loss of her children. The presenter had seized the opportunity to share the still strong pain for the loss of her brother, which was wearing her down and therefore cannot be canceled. "Every day that passes, there is something inside me that I do not overcome. I can't get over it ”, he confessed in the talk.

In the same year Eleonora Daniele had also spoken of her brother to Domenica In. In Mara Venier's living room she had opened her heart, showing pain but also anger for the fate of Luigi: "Since I was born I wonder why it happened to him and not to me, because the way to communicate has been taken away from him and it has been given to me ”.

"I wondered why I was not punished – he later added -. Probably it is God who decides and I probably do this job to be able to give a voice to people like him who couldn't do it ".

Six years later that pain remains on and it is a flame that shows no sign of going out. But many wanted to be close to her on this sad day, showing their affection to the presenter. The Instagram post received the comments of many friends from the world of TV and entertainment, such as Monica Leofreddi, Francesco Fredella, Valerio Scanu, Milena Miconi and Emanuela Tittocchia.

Eleonora Daniele has always been personally committed to supporting such a delicate and important issue as autism. He worked alongside the Italian Autism Foundation, becoming its testimonial and lending his face for its awareness campaigns. But he did even more and in 2009, together with his sisters Elena and Cosetta, he founded the Life Inside Onlus Association dedicated to supporting families of autistic subjects. 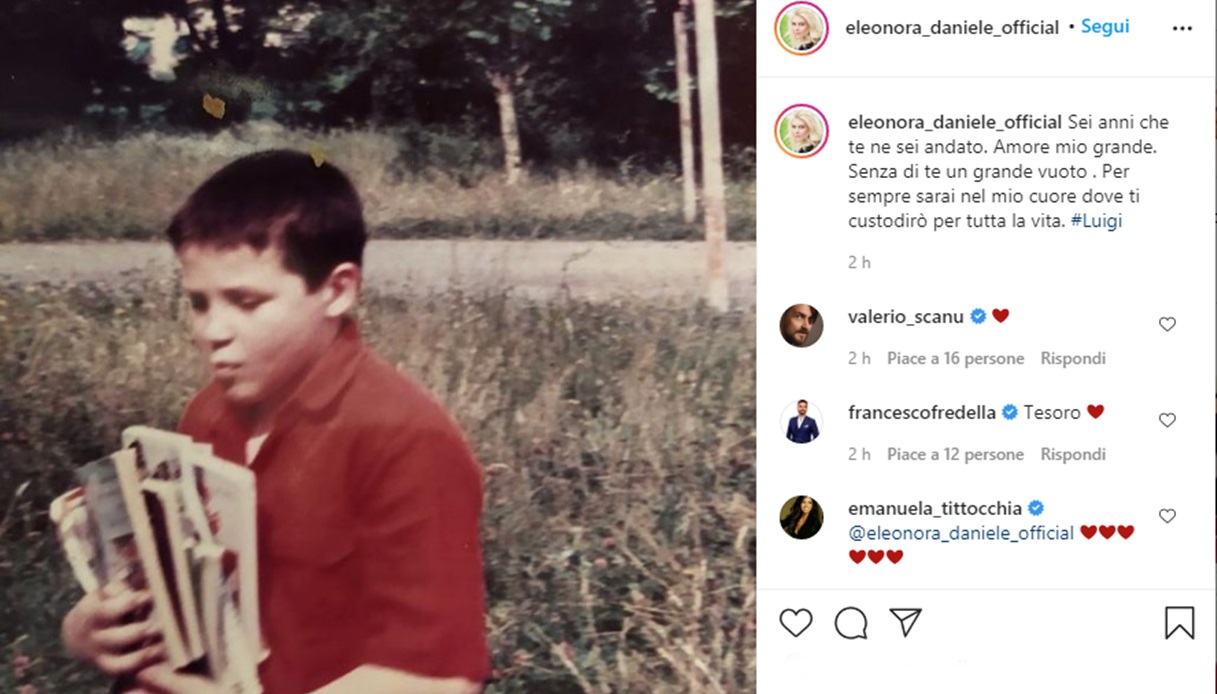 Barbara Catucci
7297 posts
Previous Post
Sarcina confesses to Scamarcio and the friendship ended for Clizia
Next Post
Ilaria Galassi, how the ex-girlfriend's life has changed It's not Rai