Eleonora Pedron and Fabio Troiano came out into the open, parading on the red carpet in Venice and causing his former girlfriend to react on Instagram.

The actor has had a long relationship with Anny Centis, it seems, precisely because of the Troiano meeting with Eleonora Pedron. The couple secretly attended for a long time until she was paparazzi in intimate attitudes during a vacation.

Shortly afterwards Eleonora and Fabio paraded on the red carpet of the Venice Film Festival, exchanging a passionate kiss in front of the photographers' flashes. A romantic gesture that brought their relationship to light, but also caused the harsh reaction of his ex-girlfriend.

The love story between Anny and Fabio apparently did not end well and the young model vented on Instagram, where she published a rather explicit post. Centis posted the word "Schifata" expressing all its anger and feelings for the ex-boyfriend and the new flame.

The two had met in 2014 after the end of the flirtation between the protagonist of RIS, imperfect crimes and Violante Placido. A love story that seemed destined to bring them to the altar, but which ended abruptly. According to the latest gossip behind the break there would be just Eleonora Pedron. The actor lost his head for the former Miss, suddenly leaving his girlfriend to fall into his arms.

Many have commented on the post of Anny Centis, supporting her and consoling her. "Horror and dismay," someone wrote, while someone else added: "My friend, time puts everyone in their place. Every clown in his circus and every king in his throne! "

Fabio Troiano and Eleonora Pedron have not replied, at least for now. The former Miss is the mother of two children, born of a long association with Max Biaggi. Later it was linked to the dj Tommy Vee and to the envoy of the hyenas, Nicolò De Devitiis. 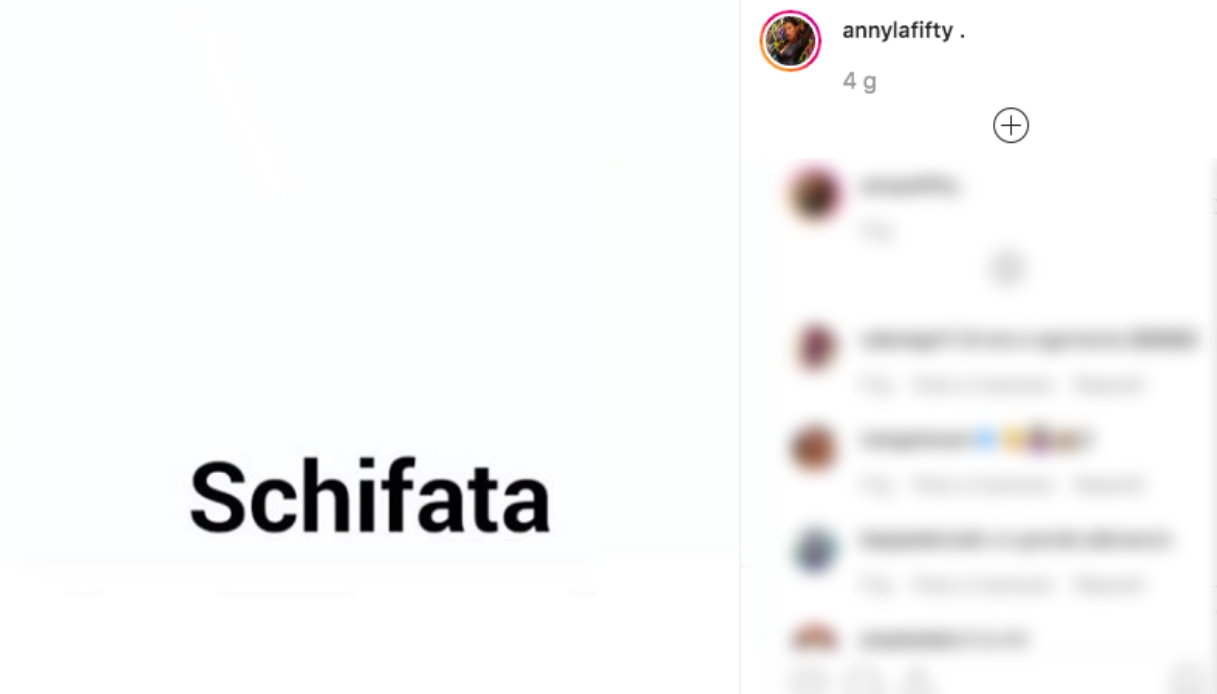