Elettra Lamborghini changes look on Instagram: with the fringe it is splendid 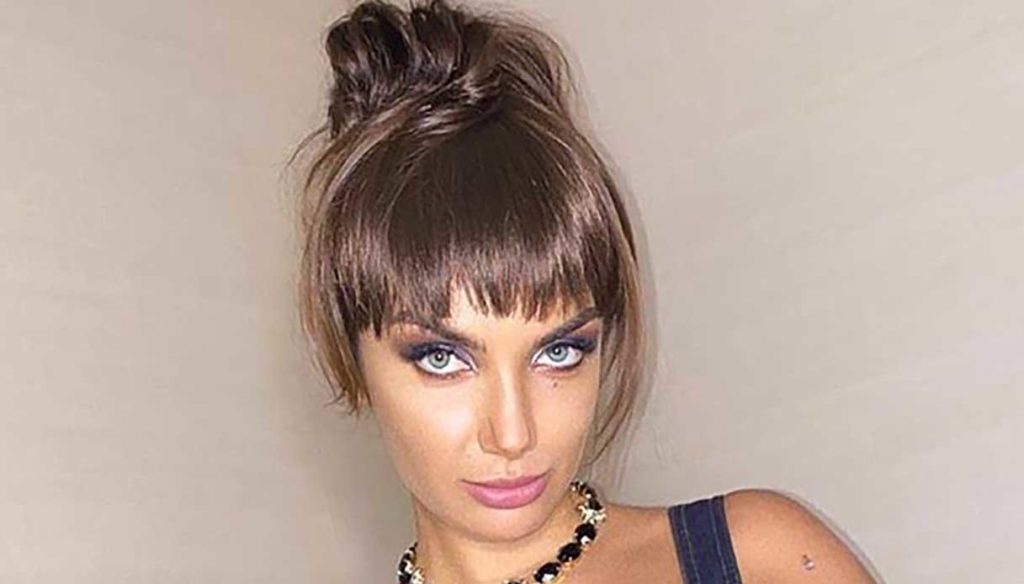 An asymmetrical fringe and a pin up look: this is how Elettra Lamborghini enchanted fans with a new breathtaking shot on Instagram 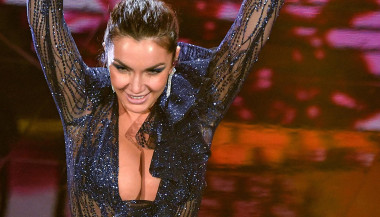 It is now a real assumption: if you say Elettra Lamborghini you immediately mean something crackling, overwhelming, exuberant. The most beautiful and witty heiress of the Italian music scene has accustomed her audience as much to lashing jokes as to breathtaking images and with her latest photo on Instagram, once again, she did not disappoint fans.

But let's go in order. For now, it is a truly brilliant moment for Elettra: in addition to the undisputed success she has with her songs, catchphrases that never stop dancing even after months, the singer is preparing the wedding with her boyfriend Afrojack.

During the fairytale bachelorette party, held against the backdrop of Tenuta San Domenico (former location of the wedding of Clarissa Marchese and Federico Gregucci and Tara Gabrielletto and Cristian Gallella), Lamborghini confirmed that the event will take place on 26 September. For Elettra it is the crowning of a dream, as she has explained many times that she is madly in love with her boyfriend.

Between preparations, however, Elettra does not stop thinking about her work: despite having canceled her concerts, she attends several TV programs. And in fact in the last few hours she has been busy on the set of Name that tune – Guess the song, a new version of Sarabanda that will be hosted by Enrico Papi on Tv8.

It is not yet clear whether Lamborghini will be a simple guest or if it will have a permanent role. What is clear, however, is that it has changed its look. In her latest photo on Instagram she wore an outfit that recalls the pins of the 1940s and 1950s, with a Dolce & Gabbana denim dress that highlights her curves and perfectly shapes her waistline.

To complete the look is the hairstyle (even if it is not clear if it is a wig): the hair is collected in a fake-disheveled way and with a beautiful asymmetrical fringe that enhances the face of the singer and makes the singer's face stand out even more. her cat-like blue eyes. A truly breathtaking outfit, which sent fans in raptures. And on the other hand, how could it be otherwise? 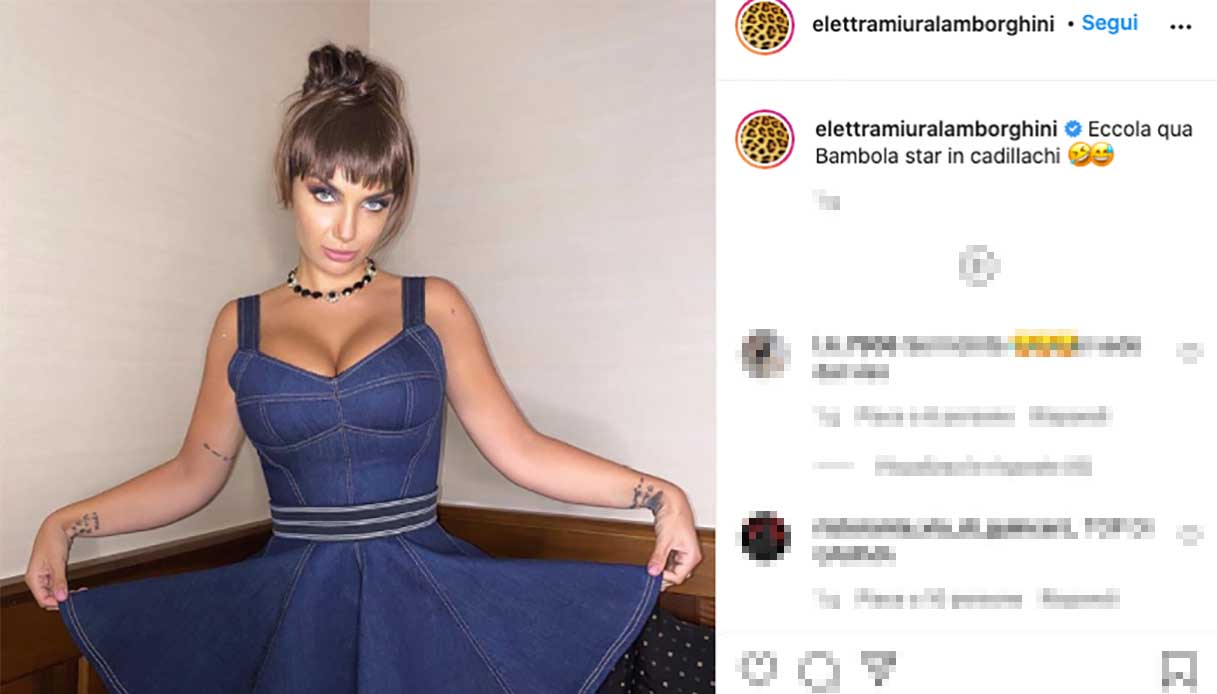