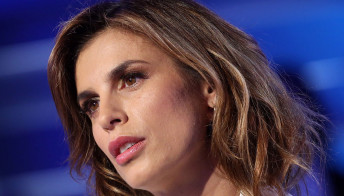 Elisabetta Canalis returns to Italy after the vaccine: photos on Instagram

A return on TV that had been awaited for years, that of Elisabetta Canalis, who is now preparing to surprise the public with the completely renewed conduct of Vite da Copertina. The show is on air from 1 September 2021 on Tv8 but filming has already started.

The Sardinian showgirl picks up the baton of Rosanna Cancellieri and ensures a program with a renewed cut. On the other hand, these were Sky's intentions for the seventh edition of the broadcast, for which it chose to focus on a particular engagement that would ensure freshness and professionalism at the same time.

Heard by Sorrisi e Canzoni Tv, Elisabetta Canalis responded with enthusiasm to this proposal with which she finally found the right place to change her career, stopped a few years ago precisely with the intention of reviewing some fundamental points: " a few years after TV and I needed to really focus on what I wanted to do. I had some ideas of my own and Sky proposed this very fun program, which in the past has been conducted by other people, with the idea of ​​changing its image and making it more relevant. "

For the splendid showgirl from Alghero, it is also an expected debut for a lifetime. It will, in fact, be his first time to lead solo. The bet of Antonella D'Errico, director of Tv8, is therefore to be won: "Manager Antonella D'Errico wanted me: I am grateful for the offer, because, after so many years of career, it is the first time I have a studio program alone, where I am the host ”.

Elisabetta has been missing from TV since 2014, when she hosted the latest edition of Zelig Off. From that moment, she decided to take a long break from the small screen to devote herself to herself and her family, which she formed with her husband Brian Perri. From the US surgeon he had his first and only daughter, Skyler Eva, who he raised with love and who now has the same smile as her.

In recent years, she has also been in the docu-reality Le Spose di Costantino on with Costantino Della Gherardesca, in the first edition of Sanremo Young and in the fiction L'Isola di Pietro, with Gianni Morandi, on Canale5.

Lives from the Cover is scheduled for September 1st, at 5.30 pm, on Tv8. As usual, we will investigate the life of VIPs and all the details that characterize them, peering at the details of a golden world that has always been able to fascinate the public.