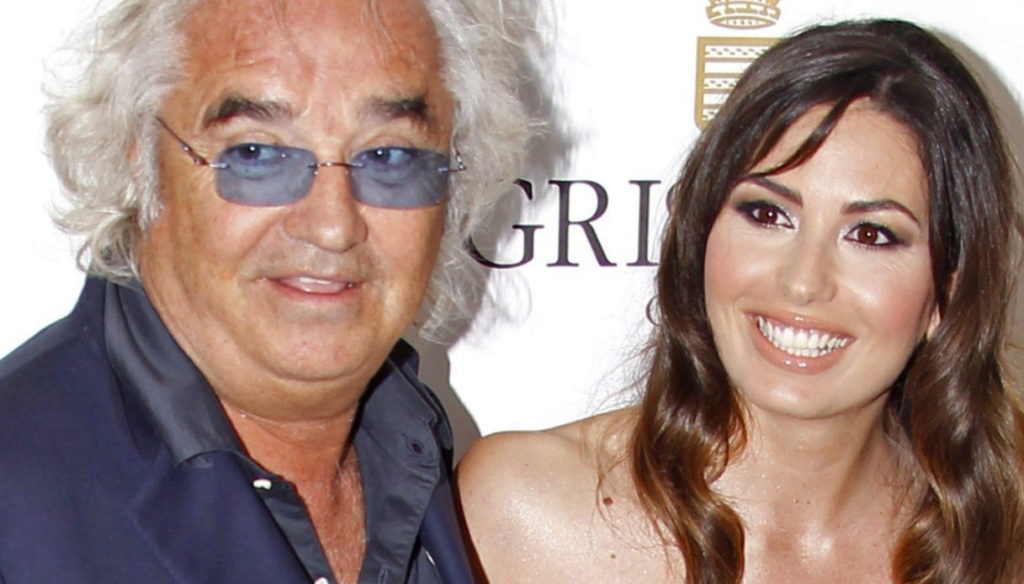 Flavio Briatore talks about the alleged contract with Elisabetta Gregoraci who for weeks was at the center of the gossip during the stay of the showgirl in the House of the GF Vip. The entrepreneur and the presenter have been linked for over ten years, a special love, crowned by the wedding and the birth of their son Nathan Falco. In 2017, the two said goodbye, but continued to have a great relationship. Elisabetta lived a story with Francesco Bettuzzi away from the spotlight, while Briatore had very short flirtations never confirmed.

The first to talk about a post-divorce contract between Elisabetta and Flavio was Alfonso Signorini some time ago. “Few know it – said guest of Piero Chiambretti -, but there is a crazy post-marriage contract between Gregoraci and Briatore. The sine qua non that he has imposed on her is this: for three years after the separation she must not show up in the newspapers with another man, otherwise she has to pay very high penalties. She signed, that's why we never see her with other people… Maybe you hang out with someone, but you mind your own business ”.

After several hypotheses on Gregoraci's love life, Briatore decided to clarify. “There is no contract – he clarified in Libero Quotidiano -. About me and Elisabetta a lot of bad things have been written and said ”. The seventy-year-old entrepreneur therefore denied the existence of a post-divorce contract. A theme that, shortly before leaving the GF Vip house, the showgirl had also addressed, answering a direct question. "There is no contract that says I can't make a new life – he explained -. This is a false thing. The only thing there is, I can talk about it quietly, is that when Flavio and I make a new life with another person, we don't have to introduce this person to our son Nathan right away. Just this".

Elizabeth in early December chose to leave the reality show to return to her son Nathan Falco. His stay was marked strongly by the presence of Briatore which has been talked about in several episodes. “I think I was one of Big Brother's competitors – said Flavio -. There was more talk about me than about who was in the race. At least they got paid. I'll send an invoice to make me pay too ”. On the other hand, he said of Elisabetta: "Now there is a relationship of affection between you and me and we just have to work together for the good of our son. I am happy that she left the GF House and did it to spend the holidays with Nathan, like the great mother she is ”.

Barbara Catucci
7248 posts
Previous Post
Clown in the hospital, because smiling helps to heal
Next Post
Dolce and Gabbana sell the Stromboli villa for 6 million