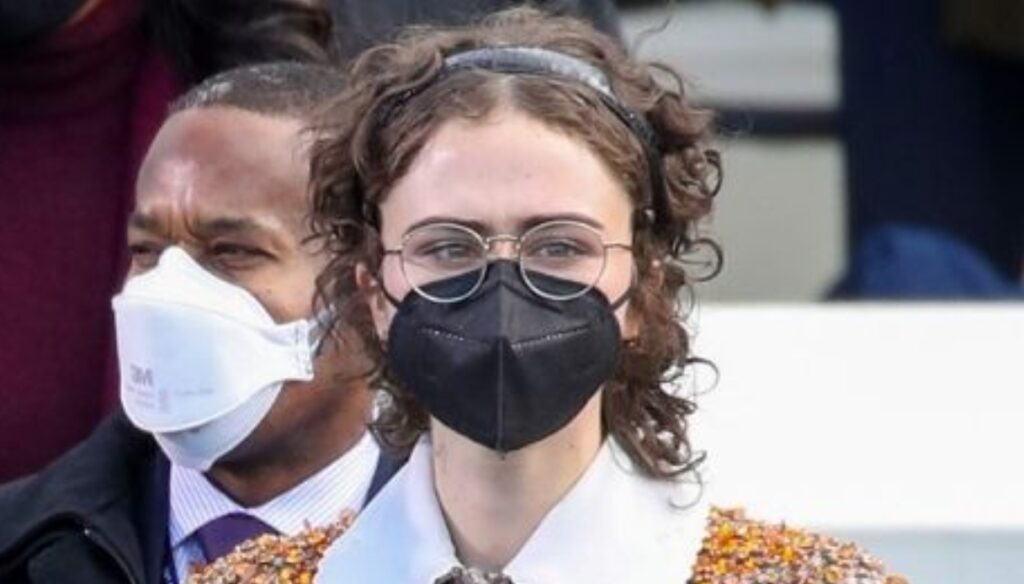 Ella Emhoff on Inauguration Day stole the show from style icons such as JLo and Michelle Obama: she bewitched the world, especially that of the youngest, and is now ready to conquer the world of fashion

The day of the Inauguration Day has perhaps never opened the doors to change like this year. With the inauguration of President Joe Biden and Vice President Kamala Harris, the Trump era officially ended and, to welcome the new administration, prominent personalities took part in the inauguration who, with their appeals, gave some voice to an America that has perhaps remained silent for too long: a multicultural, multiethnic America, which wants to welcome and not divide.

From JLo to Michelle Obama, up to the young poet Amanda Gorman, who enchanted the world with the power of her words, but not only. In Washington D.C. that day we also saw the families of newly elected President-elect Joe Biden and Vice President Kamala Harris who, of course, were present at the swearing-in ceremony on January 20 and the major events that preceded it. Among those ranks was Ella Emhoff, Kamala's 21-year-old daughter (born from the previous marriage of Harris' husband Douglas Emhoff, after Cole, her son).

Ella Emhoff, the look that conquered everyone

Standing out next to established style icons such as former First Lady Obama or Lady Gaga was not easy, yet Ella succeeded: in a day of monochromatic colors and looks, she managed to steal the show even from those who had the spotlight aimed at you.

With his tartan houndstooth jacket tight at the waist, the white collar in sight (just as the latest trends suggest), the stones that embellished the jacket and the matching and detailed accessories, his outfit conquered everyone from the moment where he went down the steps of the Capitol with his brother. 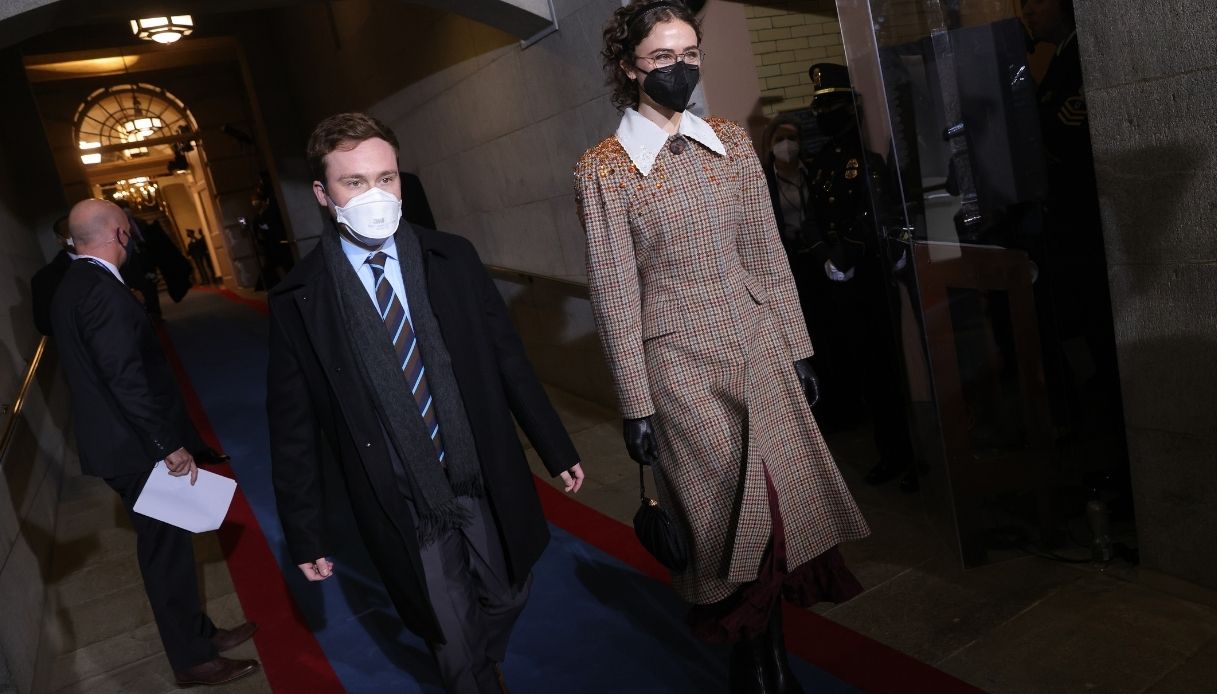 Ella Emhoff at the Inauguration Day with her brother Cole

But are we sure it's just that? Is a nice jacket enough to attract everyone's attention?

There is a bit of made in Italy in the outfit chosen by Ella for the installation, and more: the Miu Miu coat, Prada label, the John Lennon-style circular glasses, the leather gloves and the headband for Loeffler Randall's hair was certainly the result of a sophisticated and well-chosen look, but it was Ella's presence that did the rest. 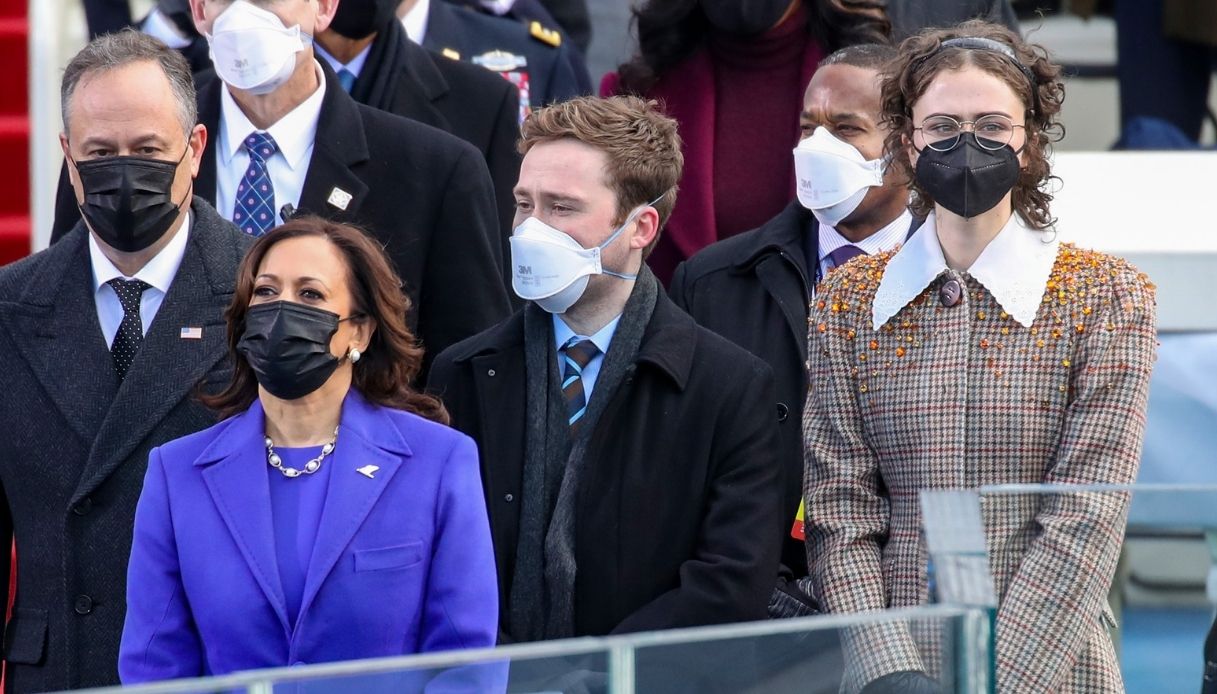 All of a sudden on social media people started talking about her. Users, especially the younger ones, started reposting her outfit and fashion aficionados couldn't help but notice her style.

“Obsessed with Ella's coat,” writes one user. “I love Ella Emhoff's style,” added another. And then still other comments like: “Ella in Miu Miu, Regina!”.

At a time when fashion seeks to communicate as well as appear, Elle Emhoff has become the spokesperson for the message that everyone now expects to hear. Not just beautiful faces, perfect bodies and symmetrical faces, but personality and the desire to show oneself to the world for what one is.

It is no coincidence that Ella studies fine arts and fabrics at the Parsons School of Design in New York and plans to become a stylist. "My goal is definitely to have my own brand one day," he said in an interview with Vice in November. Ed already has a website where he sells his designs, although he doesn't currently take any commission.

His personality, therefore, is the result of study and passion, two factors that when combined together still show us today how explosive they can be. And as they say: when talent meets opportunity …

Thus the style of Ella Emhoff, thanks to the shots dedicated to her during Biden's oath, has become viral, to the point of attracting the attention of a well-known modeling agency, IMG Models, which includes names such as Gigi and Bella Hadid in its portfolio.

Ivan Bart, president of IMG Models, said: “She communicates this moment in time. It exudes joy and boldness ”. At the Inauguration Day, he explained himself, he was sending a clear message to the fashion world, without speaking "he was communicating".

The announcement of the agreement signed with Kamala Harris' daughter came following her appearance in Washington, just days after the agency signed a contract with "national youth poetess" Amanda Gorman, another settlement star. by President Biden. 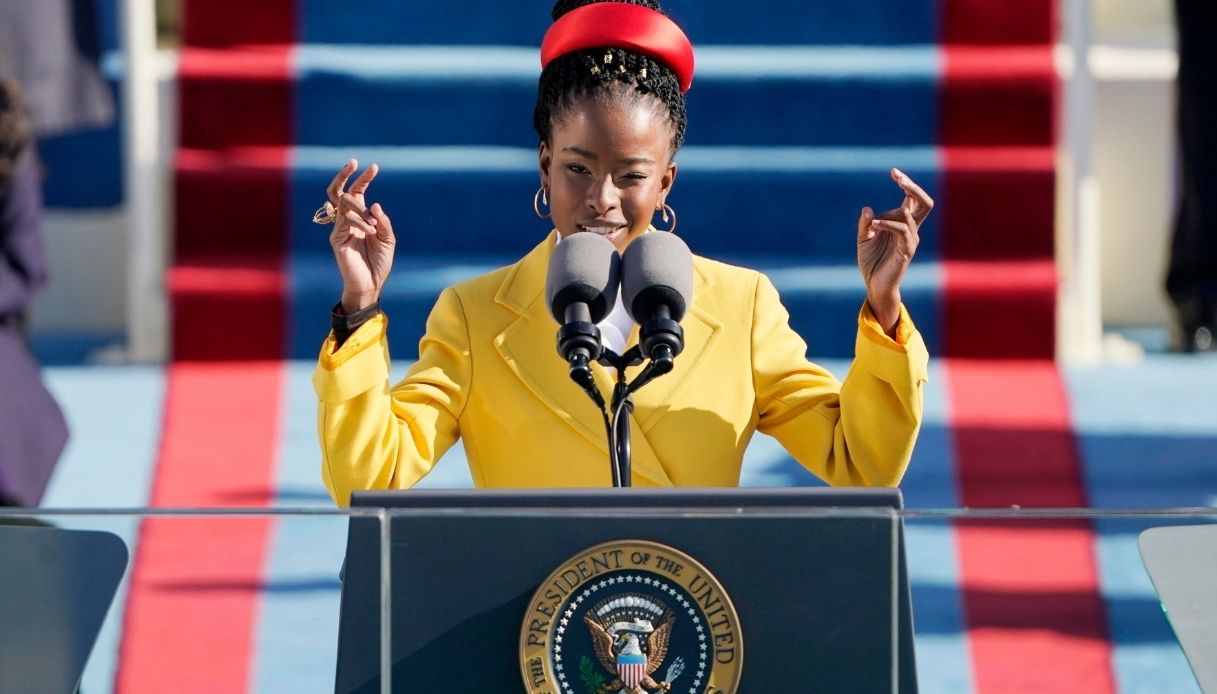 In this regard, it must be said that the two new additions to the IMG team are certainly not a random choice. The agency is in fact specializing in the recruitment of more or less well-known personalities whose followers on social media explode – apparently – overnight, such as TikTok fashion influencer Wisdom Kaye.

These are personalities who manage to conquer the general public and who, of course, are also a guarantee on a commercial level. Suffice it to say that Ella Emhoff's Instagram following has grown from 50,000 to 300,000 followers in a week after the inauguration of the new American president. In addition, the high fashion retailer Lyst, said that its e-commerce had a peak of 455% for Miu Miu searches in the six hours following Ella's appearance on her mother's swearing-in.

The rules of fashion in this case, and perhaps as always, follow the rules of the market, and today the market wants something else, tired of the usual and the perfect, it wants to be reflected in something real and different. Demand grows and supply adapts but, above all, changes course, a sign that the new generations (as well as new buyers) need personality and presences to inspire them, not just clothes to wear.

Amanda Gorman and Ella Emhoff perfectly represent this trend, they are both women who have generated turmoil on the web: we talked about them, their elegant and well-groomed appearance and their beauty, suddenly, evolved in presence.

Just take a look at Ella's Instagram account (which still continues to grow) to realize how the concept of "standing out from the crowd" is alive and present in her: eccentric, never predictable, but somehow consistent in her style. If there is a message that passes from his rise to fame, it is that today – still – the courage to be oneself becomes a reason for admiration and inspires. 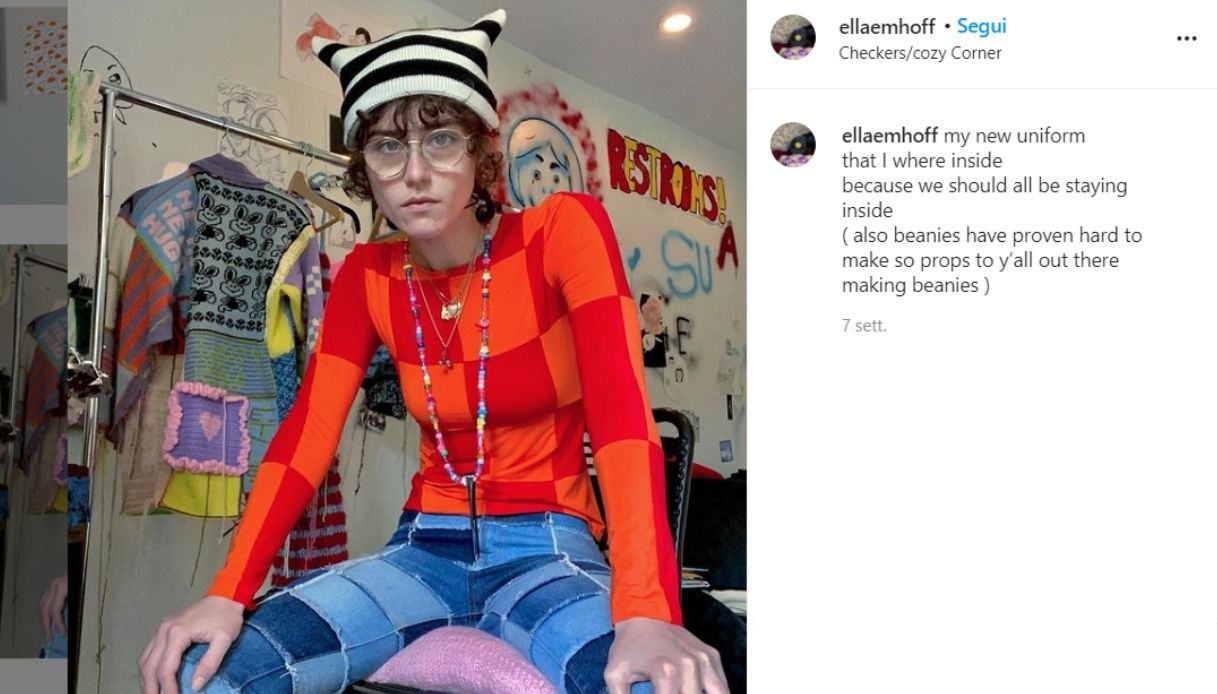