Elżbieta, the survivor among the children of the Warsaw ghetto 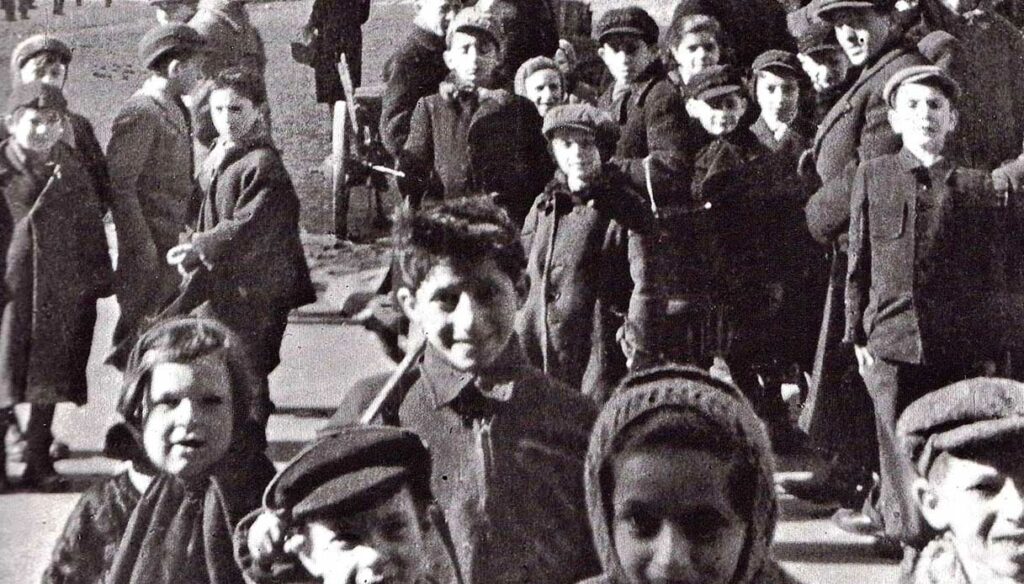 There were many, too many children from the Warsaw ghetto. Most of them did not survive hell. But Elżbieta, the smallest of all, made it

Elżbieta Ficowska was only six months old when she was made to pay the price of "diversity" set by someone else, guilty only of living in the wrong place and time. Because she was born there, in what the Nazis had turned into an open-air prison for Jews in the Warsaw ghetto.

Elżbieta was not the only one to pay that fault, who in those days was just a baby girl. Together with her also those who are remembered by all as the children of the Warsaw ghetto. There were many, too many. There were more than 80,000 who during the Second World War were locked up in the largest Nazi prison established in Poland.

Children of the Warsaw ghetto

There were 500,000 people locked up inside the Warsaw ghetto, including 85,000 children. The Jewish population of the city and neighboring territories had been confined here at the behest of the Nazis. Few managed to survive the disarming and terrible conditions in which their life was pouring. There were diseases, there was hunger, there was poor hygiene and there were deportations to the extermination camps of Treblinka and Majdanek. 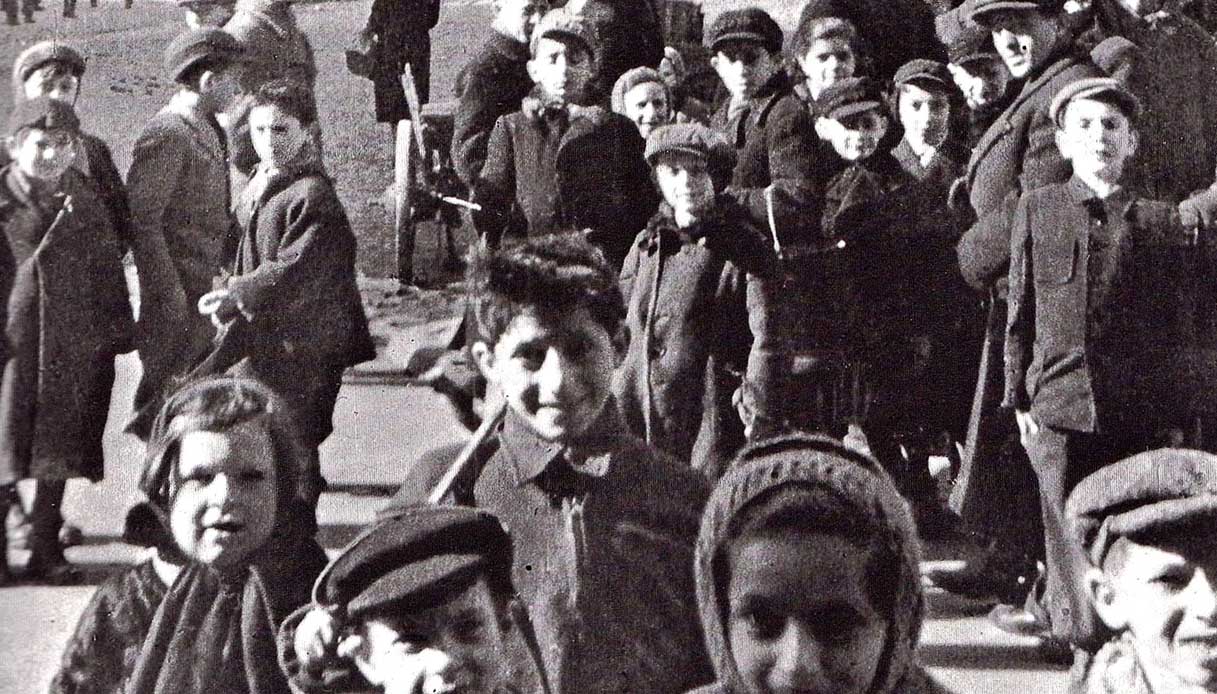 Children of the Warsaw ghetto

In what was the largest Nazi ghetto of the Third Reich in Poland, established on July 22, 1940 in the Nalewki district, 300,000 Jews of all ages and sexes were deported and killed.

If the children weren't deported, they had to fight for survival. The Nazi authorities took everything away from him, closed the schools and aggregation centers. Education and culture were no longer accessible. Many of them, to help families in difficulty, took to the streets and worked as best they could. Other times they begged.

Despite the clandestine aid for the distribution of food and basic goods, many of them could not survive the living conditions of the ghetto. There was no food and no treatment, the hygienic conditions were desperate, especially in the most crowded parts of that prison. To all this was added, by a twist of fate, an epidemic of typhus. The children died every day, from hunger, from cold and from typhus.

Only a few of them managed to escape from that hell. These included those selected for forced labor in concentration camps, or those who managed to hide out of the ghetto and escape. And among them was her, Elżbieta Ficowska, the smallest survivor of those children. She was saved by Irena Sendler, a nurse and social worker, as well as an advocate of the Polish Resistance who, together with other collaborators, managed to escape 2,000 Jewish children from the ghetto to take them elsewhere, far from that place of pain. 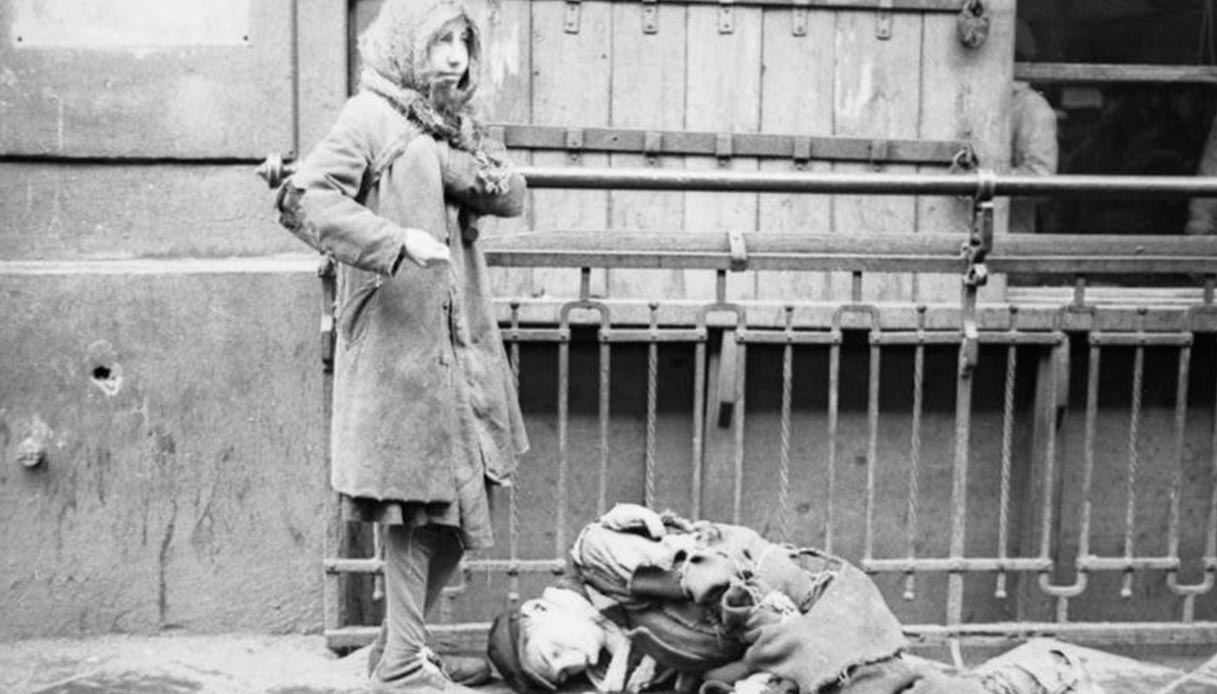 The children of the Warsaw ghetto forced to beg

Elżbieta's fate was probably already sealed. Of such a small girl, born in the heart of the largest ghetto in the country, the Nazis would not have known what to do. Irena Sendler, on the other hand, knew it: she had to take her away from there, and she did.

Today Elżbieta Ficowska lives in Poland. She is a social activist, educator and writer of children's books, and she is also the voice of the memory of the Holocaust in Poland. Interviewed by Corriere della Sera, she recalled the most painful moments in her history:

The lady who will become my adoptive mother worked with Irena Sendler to protect children in danger. To take me away he entrusted his son, my future stepbrother, who worked as a bricklayer and often went into the ghetto to collect bricks with his van. My real mother gave up on me to save me. So they sedated me, because a scream would have been immediately intercepted by the torturers at the checkpoints, and they locked me in a wooden box, in which some holes had been made to be able to breathe. In short, I was also in that load of bricks, coming out of the Warsaw ghetto forever. "

Elżbieta said that the only object that still binds her to her previous life is a silver spoon bearing the date of birth and her name, or rather that affective nickname that her mother had chosen for her: Elzunia. That spoon was his birth certificate and today is his most precious legacy.

And that story, made up of so much pain and the courage of a mother who chose to say goodbye to her daughter, in order to save her, Elżbieta discovered it only as a teenager, at only 17 years old. Although everyone told him not to do it, not to dig into such a painful past, for her and for the whole country.

But he did it with courage, perhaps the same one handed down from his mother. And today she has made a treasure of that uncovered story by becoming the voice of memory herself.

Elżbieta knows little about her mother and father, but enough to know that it is to them that she owes her life. His parents, Josel and Henia Rochman, couldn't survive hell: his mother died in Poniatowa camp in 1943, along with all the other prisoners. His father, on the other hand, at Umschlagplatz in Warsaw, killed by several gunshots on a railway track for refusing to get in the car.

She was taken care of by Stanisława Bussoldowa, her adoptive mother, friend and collaborator of Irena Sendler. She grew up with her, was baptized with a Catholic rite and graduated from the Faculty of Psychology and Pedagogy of the University of Warsaw.

The youngest girl in the Warsaw ghetto, the one saved by the supporters of the Polish Resistance, is now a 79-year-old woman. She became a social activist and from 2002 to 2006 she was President of the Association of Children of the Shoah. At her side, all these years, the man she married, the Polish writer Jerzy Ficowski, also a member of the Polish Resistance of Armia Krajowa, AK.

Also in the Corriere della Sera, the woman said that her husband was the light that illuminated the deep darkness of her saddest days. And with him, in recent years, she has been in the front row to defend the human rights of people and freedom. But her greatest thought, today and forever, is addressed to her parents, the proponents of the bravest gesture ever: to say goodbye to their little girl, to guarantee her a better future. 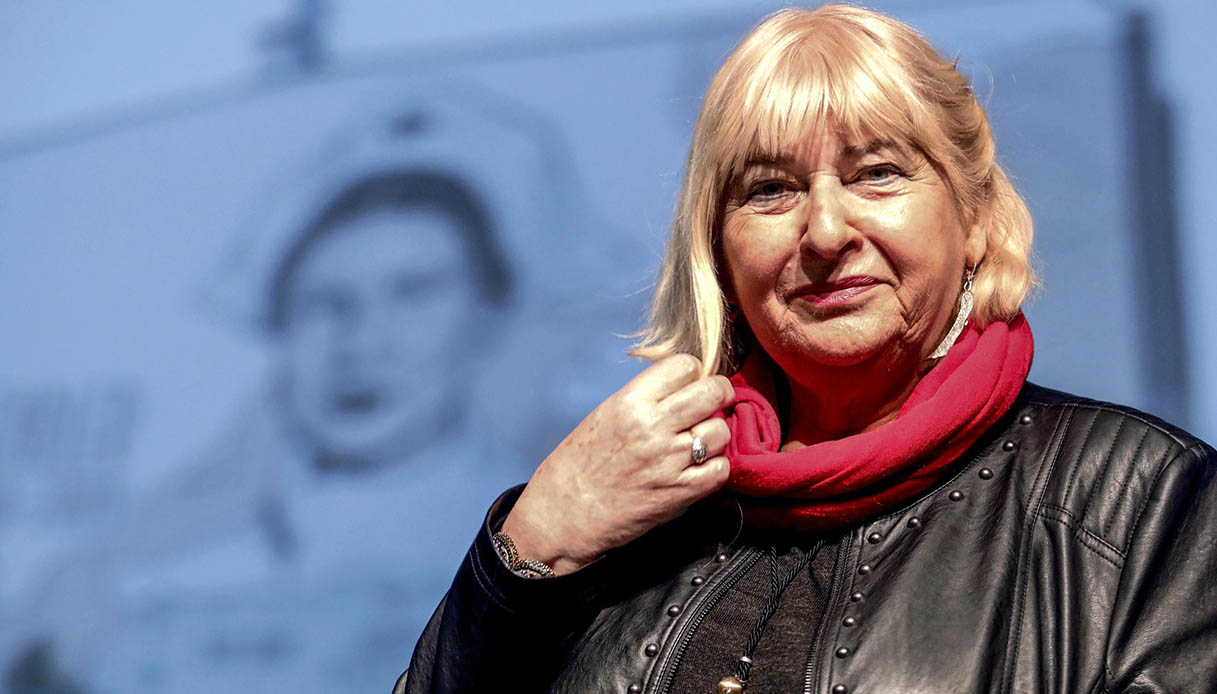 Lorenzo Gavazzi
2424 posts
Previous Post
Gigi D’Alessio: between Battiti Live, his girlfriend Denise Esposito and his son Claudio
Next Post
Paola Ferrari in a bikini at the age of 60: steel abs on Instagram