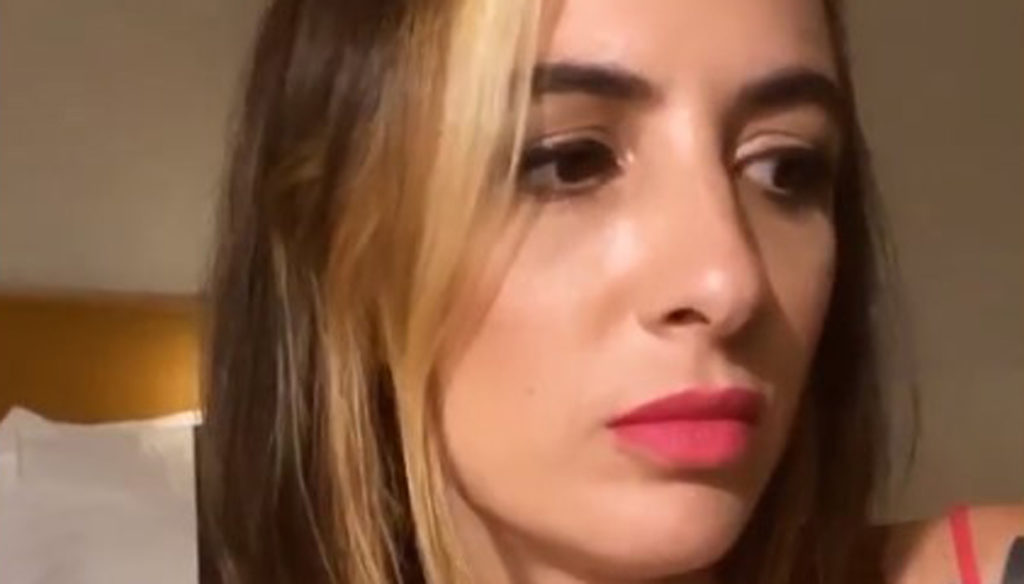 Ema Stokholma, filmed secretly, denounces the harassment and makes an appeal on Instagram: "You must never be silent"

Ema Stokholma reports the harassment suffered during the sound check at the Mole on the occasion of the Feast of San Giovanni. And on Instagram he appeals for such serious episodes not to go unnoticed.

The radio host and DJ, whom we also saw at the last Sanremo Festival and in Beijing Express in 2017, was the victim of harassment as she herself tells in the Instagram Stories.

"While I was doing the sound check I noticed the presence of a mobile phone near my position and, when I approached it, I saw that it was picking me up from below." Looking at her cell phone, she realized that "there were at least ten minutes of video that captured my private parts". And she wasn't the only victim.

Ema Stokholma, as she pointed out, was shocked by what happened. A very serious fact that he decided to report to the police. Indeed, always on Instagram, he invites the girls not to remain silent and to report if they suffer harassment. "We must be indignant."

On his cell phone he saw other videos, in one of these there was "a woman in jeans, who while climbing the stairs of the Mole was being videotaped from the bottom upwards, just as it was done with me". So, he says forcefully, the blame for harassment is not on how women dress.

Then Stokholma says she found the owner of the phone, but everyone, except her manager, tried to belittle the episode, as if it were a joke, "as if nothing had happened. Instead it is a serious matter. " And he continues: “We must never be silent because the silence makes us guilty of any future aggressions to the detriment of others and find that lightness next to me, being told by that man's colleagues not to take it too seriously otherwise he risks the place of work was a real defeat. " "You men must protect us."

"What happened on Wednesday afternoon would never have taken on such a painful dimension for me, if at that moment I had more understanding around it, but apart from my manager, the staff of the person hired for the event seemed concerned only about the consequences that it may have the colleague".

During the evening Ema tried to do her job with serenity, "but it was difficult". And it renews the appeal to never keep silent in the face of certain intolerable episodes.

Barbara Catucci
3840 posts
Previous Post
Vladimir Luxuria, Belen remembers the dispute on the Island: "It embarrasses me"
Next Post
Letizia of Spain, her daughter Leonor grappling with her first love: tensions in the Court