Emma Marrone: “I don't want children now. The men? I terrify them "

Star of "X Factor" and beloved singer, Emma Marrone reveals she is single and talks about children 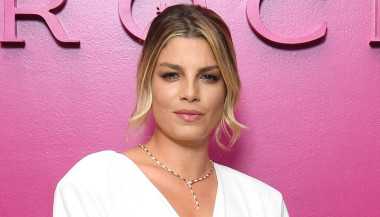 Emma Marrone tells about herself in a long interview in which she talks about her private life, motherhood and men. The 36-year-old singer has very clear ideas about her future. X Factor judge and successful artist, at least for now she doesn't think about becoming a mother. "I am happy to be with few relatives at Christmas to avoid questions like: 'But a boyfriend?', 'Children?' '- she revealed to the Messenger -. I don't want children now, I still have to do a lot of rock'n roll. Motherhood is not an obligation. Each has its own path. It may happen that a woman wants to dedicate herself to herself. And then also the age of the mothers has changed. Today we have the possibility to freeze the eggs and store them ”.

Despite gossip about a relationship with Norwegian model Nikolai Danielsen, Marrone explained that she is single. Behind the singer has some important relationships. The first with Stefano De Martino, known to Amici ten years ago, was later linked to Marco Bocci, now married to Laura Chiatti, and to Fabio Borriello, brother of Marco, formerly of Belen Rodriguez.

“Today women study, travel, are independent – explained Emma -. Hard to find men who accept this, I terrify them. Take off your rock star clothes when I get home I knead meatballs, I do the washing machine, I can fix a piece of furniture, I fix everything myself. It's bad when you can't have control over a woman – he added -. But I know that somewhere there is someone at my height ".

Very committed to social issues, Marrone is testament to a campaign against gender discrimination and has always fought against violence against women, exposing herself with the strength and sincerity that distinguish her. She too, with talent and courage, managed to oppose the labels they had put on her: "I was a blonde who had won a talent and when I spoke people wondered: 'What do you want me to understand this?' – she explained – . A woman can talk about fashion, clothes or makeup, but woe to deal with more serious issues. They told me you won't last, after 10 years here I am ”.

Barbara Catucci
7128 posts
Previous Post
Everything you need to know about Bumble Date
Next Post
Elisa Isoardi is unbalanced on her relationship with Todaro: "Our bond does not end"