Emmy, reunion of the stars of Friends: "We have lived together since 1994" 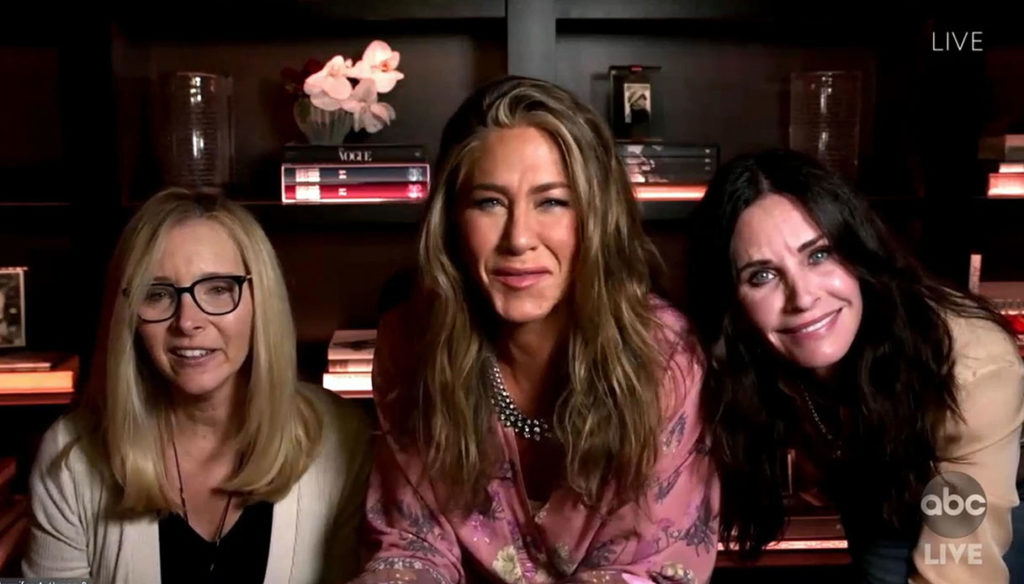 During the Emmy Awards there was a surprise connection with the reunited stars of Friends. Jennifer Aniston, Courteney Cox and Lisa Kudrow

The 72nd edition of the Emmy Awards, the TV Oscars, was broadcast in a virtual and digital version, due to Covid. There was no classic and traditional red carpet with the star parade. Which they compensated in some way by posting pictures of their home outfits.

To cheer up the evening a little Jennifer Aniston (the next day, among other things, of another funny connection, taken up by all the media: the one with the ex-husband Brad Pitt) in connection with the presenter Jimmy Kimmel has surprisingly reunited the other stars of Friends, Courteney Cox and Lisa Kudrow. The three actresses gave birth to a nice curtain pretending to be still the roommate friends of the most loved sitcom ever.

“Of course I'm here! We live together, ”Courteney told Jimmy, appearing on video and playing the game. “Yeah, we've been roommates since 1994 Jimmy,” added Jennifer. "Is this live TV?" Lisa said, joining the group.

Jennifer, 51, Courteney, 56, and Lisa, 57, then pretended they were still living together with "Ross," actor Jason Bateman.

The mini reunion comes after news that the HBO Max Friends special would be delayed again in May 2021. Much to the chagrin of fans and Aniston herself. 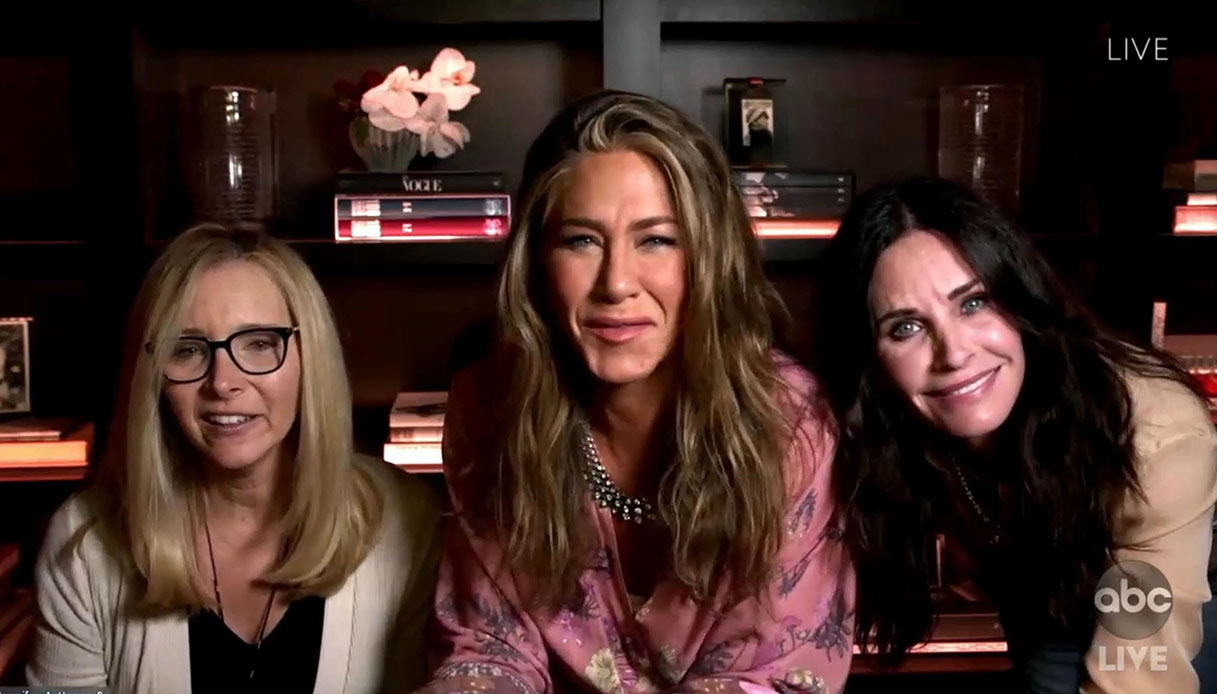