Even teachers can make mistakes: the Prof who apologizes to the students 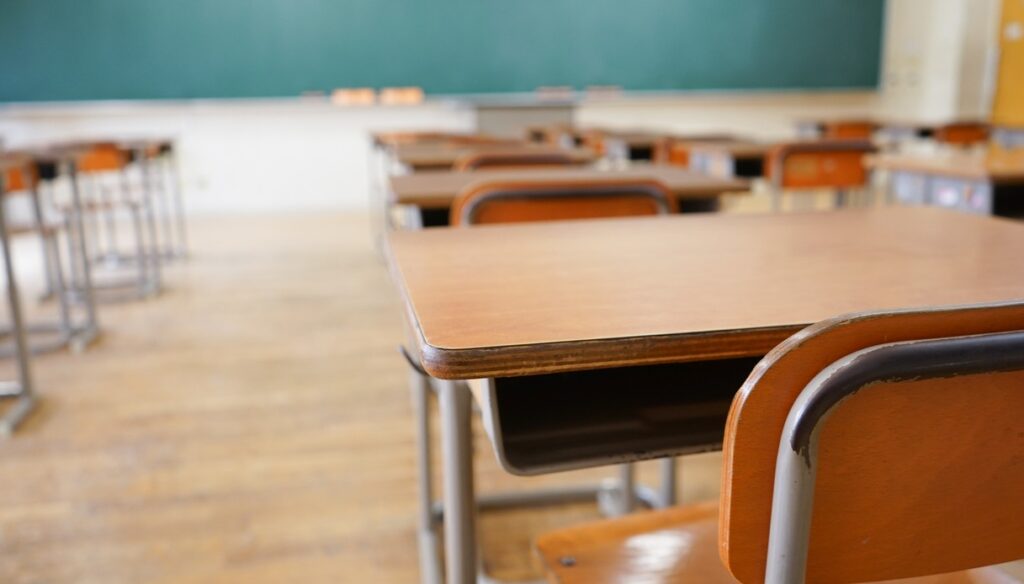 "Dear students, I beg your pardon if I did not understand that behind that task not delivered was the apathy of your days without colors"

82,000 likes and more than 67,000 shares, these are the mind-boggling numbers that leap to everyone's eyes in front of that genuine and sincere post on Facebook, written straight away by Sara Bartolomeo, the teacher who apologized to her students for the lack of dialogue and empathy of recent times.

It all happened a few days ago, when the history and philosophy teacher in charge at the Liceo Guglielmotti in Civitavecchia, told an anecdote about one of his students that gave him the opportunity to reflect on his role as a teacher and the complicated situation in which the school is about right now.

By now, distance learning has officially become part of the life of teachers and pupils, not with few problems and complications. And this is what the student of the class where Bartolomeo teaches wanted to clarify with words that went straight to the heart of the teacher and not only: “Prof I don't want to listen to her anymore, I want her to listen to me. I'm tired, I'm sick, I want a normal life ”.

The teacher described this intervention as one of the most intense moments of his entire career, the same that allowed him to re-evaluate his work and decide to dedicate more time to listening to the boys who are none other than the most affected victims. from the pandemic. Their normality, in fact, was suddenly torn away from them.

After listening to the words of the student, who found the complicity of classmates, Sara Bartolomeo realized that the mistake lay in not having given the right weight to the feelings and emotions of her students and not having fed that channel. of empathy that, with distance learning, has been increasingly lacking.

Thus, returning from an authentic experience and the rediscovered open dialogue with the students, the teacher returned home and, through her Facebook profile, shared these words so that other teachers do not make the same mistake:

It all started this morning, when after an hour of explanation in DaD, one of my pupils (for the record, she is an easy 8, always attentive and present at a distance and at school) told me – prof I don't have want to listen to her more, I want her to listen to me. I'm tired, I'm sick, I want a normal life. I don't care about the push and pull of politics, the problem is not just distance or face-to-face teaching, the problem is that no one asks us how we are, so much so that we have no problems and we just have a tantrum …
She was joined by the whole class… I listened to them… And I felt guilty because in recent months I have only thought about carrying out the program and having evaluations…. I closed the channel of empathy, all focused on the 'good figure' to do with the ministry so that it is not said that time is wasted in DaD! I stopped being a teacher and became a bureaucrat!
But I lost time … I didn't realize (I didn't want to) that my pupils are dying, that they feel afraid of the future and that they just want more listening from adults. I cried with them, I cried for them.
Dear pupils, I apologize for having treated you as practices to be disposed of, I apologize if I have not listened to your silences full of anguish, I apologize if I did not understand that behind that task not delivered there was the apathy of your days without more colors. Dear guys, we must not let you turn off, after all you are our future …

Lorenzo Gavazzi
2290 posts
Previous Post
Who is Fiammetta Cicogna, Monica of Made in Italy
Next Post
LILLYDOO diapers: innovation, sustainability and safety