Everything you need to know about Bumble Date 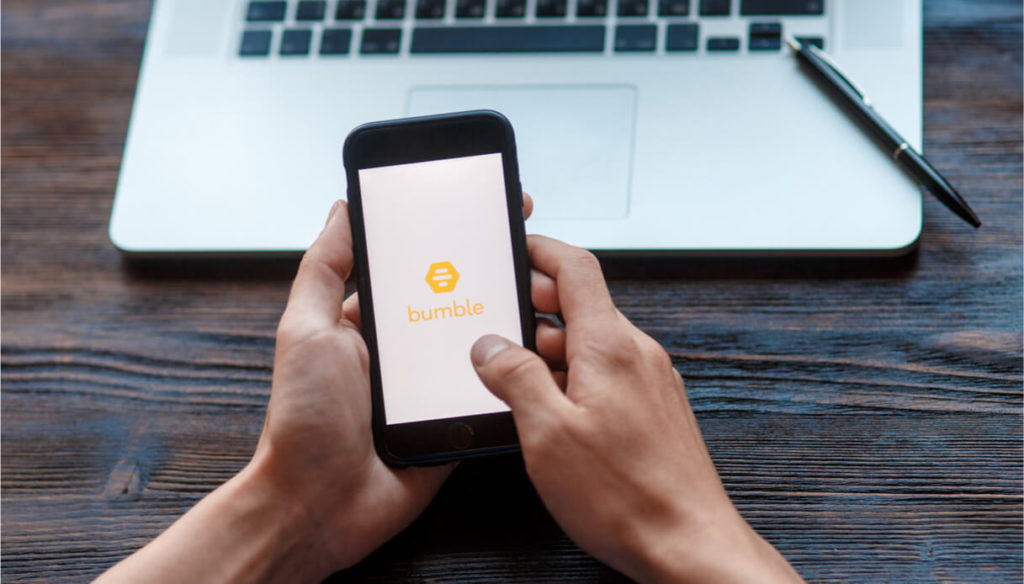 Do you want to meet your soulmate online? Try Bumble, the new dating app to meet new people and find love

One of the applications that has caused the most sensation in recent times is Bumble. Downloadable on both Android and iOS smartphones, it was created in 2014 by Tinder co-founder Whitney Wolfe Herd. This app looks like a breath of freshness and novelty compared to the usual dating sites. In fact, it is possible to establish relationships, friendships and even work relationships. If you are interested in understanding how Bumble works, take a few minutes and read the next lines. You will be amazed.

Bumble: what it is

Bumble is an innovative application and different from all the "dating apps" on the market. The main difference is in the power to start a conversation. The latter, in fact, is totally in the hands of women, which is why the app has caused such a sensation that it has been called a real feminist manifesto. More specifically, unlike Tinder and the like, in this case the man will not be able to start a conversation. The woman will decide if and when to write to a man.

Bumble: how it works

Let's see how Bumble works. We have said that it is women who take the initiative, but it is not yet clear what its functioning is, so we will explain it immediately. Everything starts by downloading the application and creating your own account. Already here we note that there are numerous filters to describe your interests and your person. These allow you to filter fake accounts and protect yourself from unwanted encounters.

After that, we proceed to the match. Both women and men will have the opportunity to swipe their finger to the left if not interested in learning more and to the right if the person in the photo is intriguing. At this point the second phase begins. From this moment the woman will have 24 hours to decide whether or not to start the real knowledge. In fact, the woman will have the power to send a message to the man after checking the affinity through the description of the latter's interests and her profile photo. If all goes well, you just have to choose how to start the chat and indulge yourself with a touch of sympathy and originality.

One of the main advantages of Bumble is the possibility of having three ways of meeting differences:

In all three cases, the operation is the same. The power is in the hands of the woman. Other advantages that do not leave you indifferent are the almost complete free of charge of the app and the ease of use. Regarding the first aspect, there is a premium version called Bumble Boost which serves to extend the possible time a woman has to write a message, the ability to retrieve expired matches, see the name and image of the people who have put like. In addition to this, however, Bumble App is presented as a free, intuitive and subscription-free app.

At this point, only one thing remains to be seen: the reviews on the Bumble App. Many people were initially skeptical. It is not uncommon for more or less reliable dating sites to pop up like mushrooms every year. Users, however, have mostly recorded positive reviews. The only defect found is the distance according to which people close to us are calculated. Sometimes we even speak of individuals 200 km by car from the municipality of residence. In this case, meeting becomes really difficult. However, it should not be forgotten that this is probably due to the low diffusion of Bumble Date in Italy.

In other countries, in fact, this type of problem occurs much more sporadically, while in our peninsula to give people the opportunity to browse a slightly wider gallery of possible encounters, in the case of a shortage of people nearby, the radius extends up to 150/200 km. From the point of view of creativity and simplicity this is certainly one of the best apps ever designed. If you liked this article on how Bumble works, the invitation to try it for yourself is a must.

Giovanna Pirri
4522 posts
Previous Post
Jennifer Lopez: naked at 51 for “In The Morning” teaches us so many things
Next Post
Emma Marrone: “I don't want children now. The men? I terrify them "