Fabrizio Corona in Aosta Valley with Francesca Cipriani: The photos 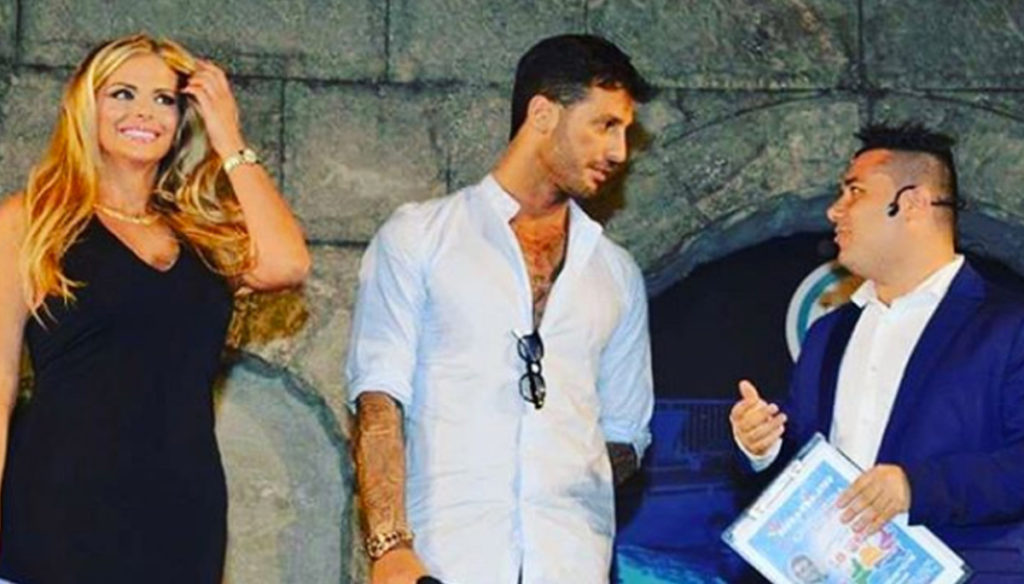 Fabrizio Corona was "pinched" in Valle d'Aosta with Francesca Cipriani. What will have happened?

Fabrizio Corona reappears unexpectedly in Valle d'Aosta in the company of Francesca Cipriani. The former Big Brother competitor and the paparazzi king were photographed together during one evening. The strange couple in fact took part in an event in which she went on stage to entertain the public. In fact, despite the prohibition of the court, Fabrizio Corona has not stopped making disco evenings and this time his "partner" has been Francesca Cipriani.

Corona, however, did not deign a look at the oversized one, but turned all his attention to Silvia Provvedi, who accompanied him to the Aosta Valley together with his twin sister Giulia who forms the duo of the Donatella with her. In short: it seems that the king of paparazzi is determined not to go away even for a minute from his girlfriend and that he is more in love than ever.

A few days ago there was talk of a clash with Fedez in which Fabrizio Corona was furious after a meeting between Silvia Provvedi and the rapper in Salento. Taken from jealousy the king of paparazzi, who remained in Milan, would have forced his fiancée not to meet Fedez again. Truth or simple gossip? It is not clear, but in the meantime Fabrizio Corona finds himself having to deal with other very important women in his life.

The first is Belen Rodriguez, accused by Corona of having betrayed him with Marco Borriello at the time of their relationship. The king of the paparazzi would have gone even further by saying that Stefano De Martino would have left Belen because he was fed up with her and her way of acting as a diva. Also be frightened with Nina Moric, Corona's ex-wife, who was rumored to have made peace. In reality, it seems that the Croatian model has no intention of laying down the hatchet, as she continues to throw arrows at him on social media.