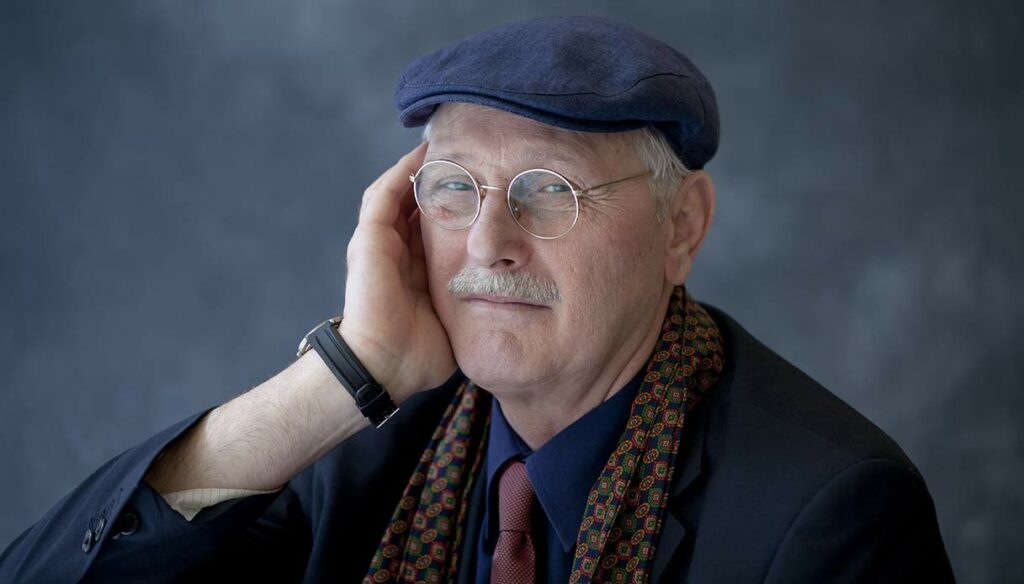 Antonio Pennacchi died at the age of 71. Winner of the Strega Prize in 2010 with "Canale Mussolini", he was a great writer, who knew how to tell the history of our country with passion

Antonio Pennacchi, writer who won the Premio Strega in 2010, with Canale Mussolini, died suddenly, in his home in Latina, on 3 August 2021. He was 71 years old and allegedly fell ill while he was on the phone with his wife.

He was a free, transversal, straightforward, irreverent intellectual, with a "smoky" character (famous for his arguments on TV and beyond). He had been a politician before being a writer (passed from MSI to PSI, then CGIL, UIL, PCI). And a worker, even before that, for 30 years, at Fulgorcavi (later Alcatel Cavi, then Nexans) in Latina. The last expulsion from the CGIL, in 1983, had convinced him to quit politics, to go back to studying and to start writing, his great passion.

“It will end when I leave. Or when with my head and I will no longer be able to work. Even if I'm bored, I really want to stop… It's not a pleasure to write, but pain ”he said recently.

Antonio Pennacchi was able to tell the Italy of the twentieth century with passion, love and realism, the story of many families who recognized themselves in those described in his novels. Canale Mussolini is the story of the Peruzzi, who emigrated from the Veneto to the Agro Pontino area, in the years of Mussolini, and it is at the same time that of many other families of that historical period. Throughout their history, there is that of Italy, from the decade of the twentieth century to the Second World War.

His books are the story of our history, a disenchanted, comic and dramatic tale at the same time, but lucid and realistic. A story that everyone should know, especially the younger ones, to understand it and be able to look forward with more foresight.

“History is a collective fact. It is not done alone, we do it all together. And everyone has to do their part ”, he said.

Antonio Pennacchi was born in Latina on January 26, 1950, the son of settlers from the reclamation of the Agro Pontino, from an Umbrian father and a Venetian mother. As a boy he joined the MSI, but was expelled after a few years for an anti-American demonstration against the war in Vietnam. He then decides to join the Marxist-Leninists of 'Serve the People'. Subsequently it enters, in order: in the PSI, in the CGIL, in the UIL, in the PCI and again in the CGIL. He was a worker for almost thirty years, mostly spent in night shifts, at the Fulgorcavi (later Alcatel Cavi, then Nexans) in Borgo Piave, in Latina. The latest expulsion – that from the CGIL in 1983, signed by Sergio Cofferati, then secretary of chemists – had convinced him to close with active politics.

In 1994, at the age of 44, – taking advantage of a period of redundancy – he graduated in Literature with a thesis on Benedetto Croce. In the same year there was the publication of Mammut for Donzelli, which in 8 years had collected 55 waste from 33 different publishers (to some he sent it back with a change of title). Also for Donzelli, Palude (1995) and Una Nuvola Rossa (1998) will follow and, with Vallecchi, Stalin's Bus and other writings.

In 2003 for Mondadori he published the novel The Fascist Communist winner of the Naples Award and from which the film My brother is an only child, directed by Daniele Luchetti, is based. In 2006, again with Mondadori, the collection of short stories Shaw 150 was released. Stories of the factory and its surroundings. In 2008, for Laterza, Fascio e Martello was published. Journey through the cities of the Duce.

In 2010, Canale Mussolini was released for the Mondadori publishing house, thanks to which he won the Strega Prize and was a finalist at the Campiello Prize. Also in 2010, Le Iene del Circeo was released for Laterza. This was followed by History of Karel (2013), Neanderthal Comrade. Books, ghosts and various funerals (2014), Canale Mussolini. Part two (2015), Il delitto di Agora (2018), reinterpretation of the thriller "A red cloud" published in 1998, and La strada del mare (2020).

Barbara Catucci
11110 posts
Previous Post
Body shaming: what it is, what it means and how to defend yourself
Next Post
Meghan Markle turns 40: Kate Middleton's icy gesture