Farewell to the revolutionary Madeleine Albright: she was the first female Secretary of State 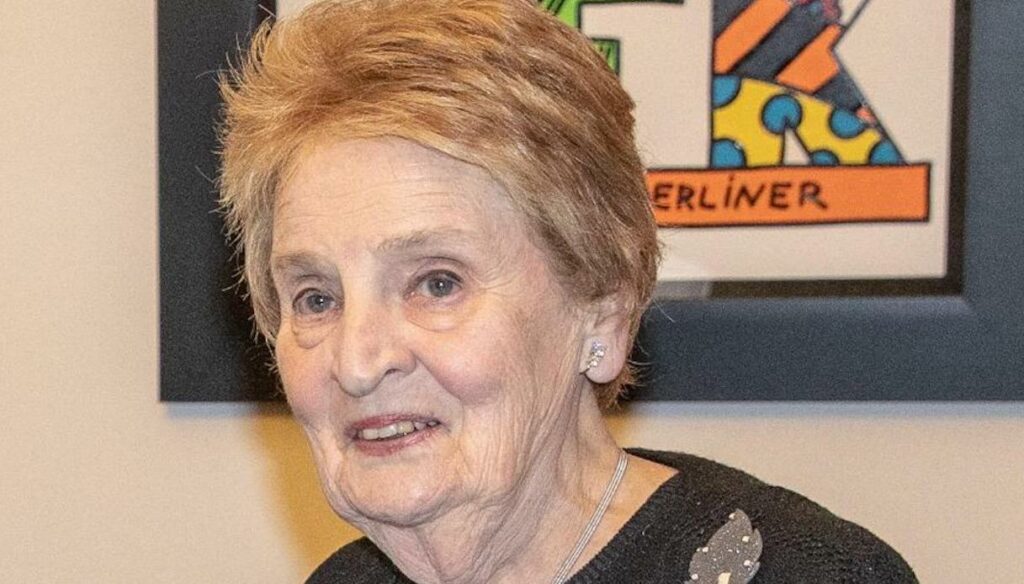 First woman to hold the post of Secretary of State in the US, Madeleine Albright gave a huge boost to American politics

A woman of great courage and revolutionary spirit, Madeleine Albright passed away at the age of 84, due to a tumor she had been suffering from for some time. She became Secretary of State (she was the first to fill that role) during Bill Clinton’s second presidential term, she played a leading role in American politics of the 1990s.

No obstacle has ever been able to stop her: Madeleine Albright has been able to make her way into a purely male world, up to the point of joining one of the most powerful men ever. But her life was certainly not easy, from an early age. She was born with the name of Marie Jana Korbelova in 1937 in Prague, she was forced to flee her country when she was still small, due to the Jewish origins of her family. She moved to London in 1939, she returned to Czechoslovakia after the end of the Second World War, and then left her homeland permanently in 1948 and reached the United States.

This is where Madeleine studied: she first attended Kent Denver School, then graduated with a BA in Political Science from Wellesley College, Massachusetts, then a PhD in Public Law from Columbia University in New York. Her political career began quietly: she was spotted during a fundraiser for her daughters’ school, and with great determination she reached increasingly important positions. In 1993, Albright became Permanent Representative of the United Nations and, a few years later, she was appointed Secretary of State by President Bill Clinton – she is the first woman to hold this post.

His role in American politics was very important. Madeleine has helped to curb the conflicts in the Balkans and the Middle East, she has long fought for human rights and democracy, and she has also tried to reduce the nuclear arms race. Even after her tenure ended, Albright continued to have great influence. But she devoted herself above all to her private fund management and consulting firm, also joining the board of directors of the New York Stock Exchange.

The affections of Madeleine Albright

Madeleine was married in 1959 to journalist Joseph Medill Patterson Albright. From their love three daughters were born: Anne, Alice and Katherine. However, the marriage did not withstand the passage of time and in 1982 the two divorced. Many passions that Madeleine has always cultivated throughout her life, trying to satisfy her natural curiosity and the need to keep busy, without however leaving the family in the background.

Albright was undoubtedly one of the most influential women in the United States, paving the way for many other female figures who later took on pivotal roles in politics. Like Condoleezza Rice, the first African American woman to become Secretary of State, and Hillary Clinton, who took part in the presidential race in 2016. Madeleine was remembered by countless political figures upon her death at the age of 84. American, and beyond.