Farewell to Veronica Franco, the girl with the angel's voice from Tu Si Que Vales 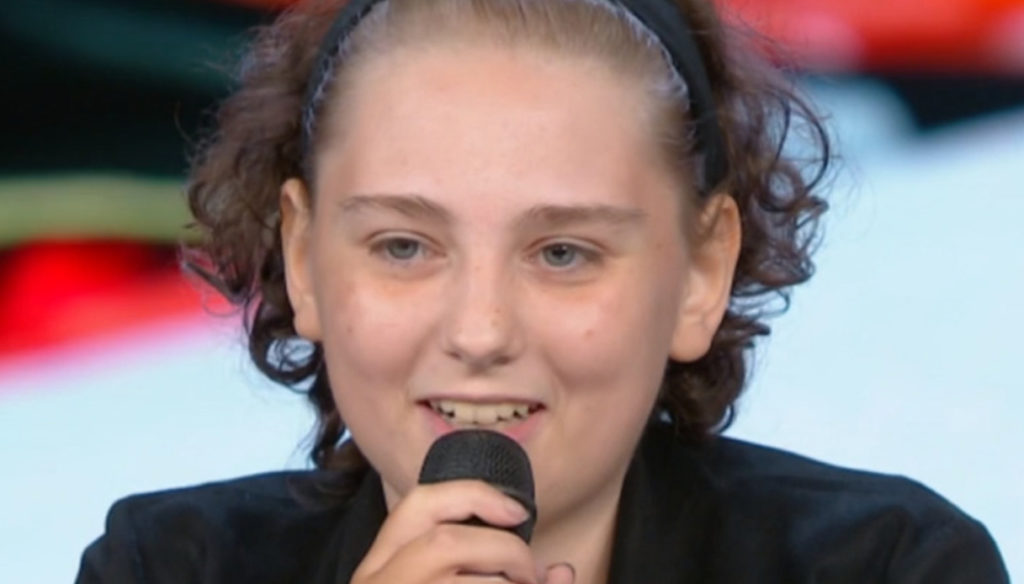 The young singer from Biella died prematurely and thrilled Italy

Veronica Franco, the young singer from Biella had enchanted the audience of Tu Si Que Vales with the song Halleluja, participating in the Canale 5 show with Vanni Oddera, the biker who has long been helping children with health problems with motor therapy. Oddera had heard Veronica sing during an event and, impressed by her talent, had decided to take her with him to the program hosted by Belen Rodriguez.

From 2018 Veronica had discovered that she was suffering from leukemia; after the operation, the girl remained in a wheelchair, but her condition improved. On the stage of Tu Si che Vales, the nineteen year old had excited the audience and collected the approval of the judges with her angelic voice. The passion for music helped Veronica to overcome the hardest moments and to face life with courage. “For me the stage is everything” she told the judges of Canale 5, before receiving the four yeses with which she qualified for the next phase of the broadcast.

Unfortunately, last night Veronica didn't make it, but she left everyone the memory of her great voice and her smile. Her dream of becoming a famous singer was thus shattered but her performance on the program had already made her known and loved by the public.Many people have dedicated a thought to the girl on social networks, including the school she attended, the Institute Bona, and Vanni Odera, the man who believed in Veronica and who fulfilled her greatest dream. Odera's message posted on Facebook is a touching farewell letter to the girl and makes us understand how important theirs was. bond:

My dear friend, you have made my life unique and wonderful, you have given me so much and you have made everything special around you, illuminating with your soul all the dark moments of my life.
Your voice has brought hope and relief to so many families.
A few minutes ago you flew away abandoning this mocking earthly life.
You will remain forever in my heart in our heart, your voice will forever be a hope of having a better world

I love you Veronica

A message of friendship to a unique girl who, both the audience and the hosts of the program, will not be able to forget.