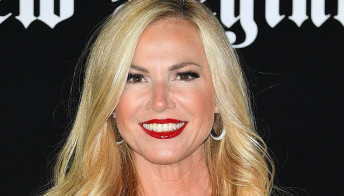 The fateful Yes has been postponed. Federica Panicucci and Marco Bacini have decided to move the wedding date once again, the weekly Diva and Donna revealed. There are no crises or breakups in sight, but the future spouses have preferred to change the date in order not to incur too many restrictions at home due to the pandemic and the health emergency.

For the couple there has often been talk of a wedding, even if an official date has never been fixed. The first postponement was followed by a second one, wanted to wait for a more propitious moment to organize a big party in Forte dei Marmi. Panicucci and her partner then abandoned the idea of ​​getting married in Fasano di Savelletri, to move to a closer location.

Despite everything, there is no problem between the two: love is going well and there is no ongoing crisis.

Marco Bacini is a well-known entrepreneur involved in the world of clothing. It is thanks to her work that she met Federica, establishing a love relationship that has lasted for many years now. According to the presenter, he encompasses all the values ​​he has always sought in a man, so much so that he has often referred to him as a companion from the past.

In the years she spent alongside Bacini, Federica Panicucci also became deeply attached to the father of her boyfriend, who later passed away. Di Marco said: "He was close to me in very difficult moments of my life and he did it with tact, grace and special care. At the beginning of our story it was not easy for him, but now it is. We are accomplices. He has no secrets for me and I for him. We know each other deeply. I am living a daily life that I had never had before. It is always there and it is my everything ".

For Federica Panicucci this is the second marriage after the one with Mario Fargetta, with whom she had children Sofia and Mattia. Bacini has established an excellent relationship with them, despite the fact that their father remains the first point of reference.