Fedez photographs Chiara Ferragni as she sleeps and she gets mad.

This also happens in the long summer of Ferragnez who are spending their holidays in Ibiza. After a year full of commitments and many new features, the most famous couple of Instagram has granted itself a long stay on the Spanish island. Chiara and Fedez chose to dedicate themselves totally to the family, gathering many friends and relatives in a large villa (and on the yacht).

With them not only the little Leone, protagonist of so many shots on social (and recently targeted by the haters), but also Luis Sal, famous youtuber and friend of Fedez, Valentina and Francesca, the sisters of Chiara Ferragni, arrived in Ibiza together with the boyfriends, but also the dearest friends of the fashion blogger, Veronica Ferraro and Rachel Zeilic, with her son August.

A summer of romantic moments, aperitifs on the beach, boat games and of course jokes. After the hilarious exchange of words with Belen Rodriguez, Fedez decided to make a joke to his wife, immortalizing her while she slept with a funny expression.

"Sleepers take selfies" wrote Fedez, taking pictures with Luis Sal and an unaware Chiara. The post published on Instagram greatly amused the fans who wondered what Ferragni's reaction to the awakening was. "He did not take it very well," explained the rapper in the Stories shortly after, while the friends commented on the photo, suggesting that he will soon take revenge on her husband.

Close-knit, accomplices and more and more social, Chiara and Fedez will soon celebrate the first year as husband and wife after the wedding celebrated in Noto. Meanwhile, enjoy the sun and the sea of ​​Ibiza, between Stories on Instagram, parties and boat trips, waiting to return to Milan, where Ferragni will finally present its much-discussed documentary. 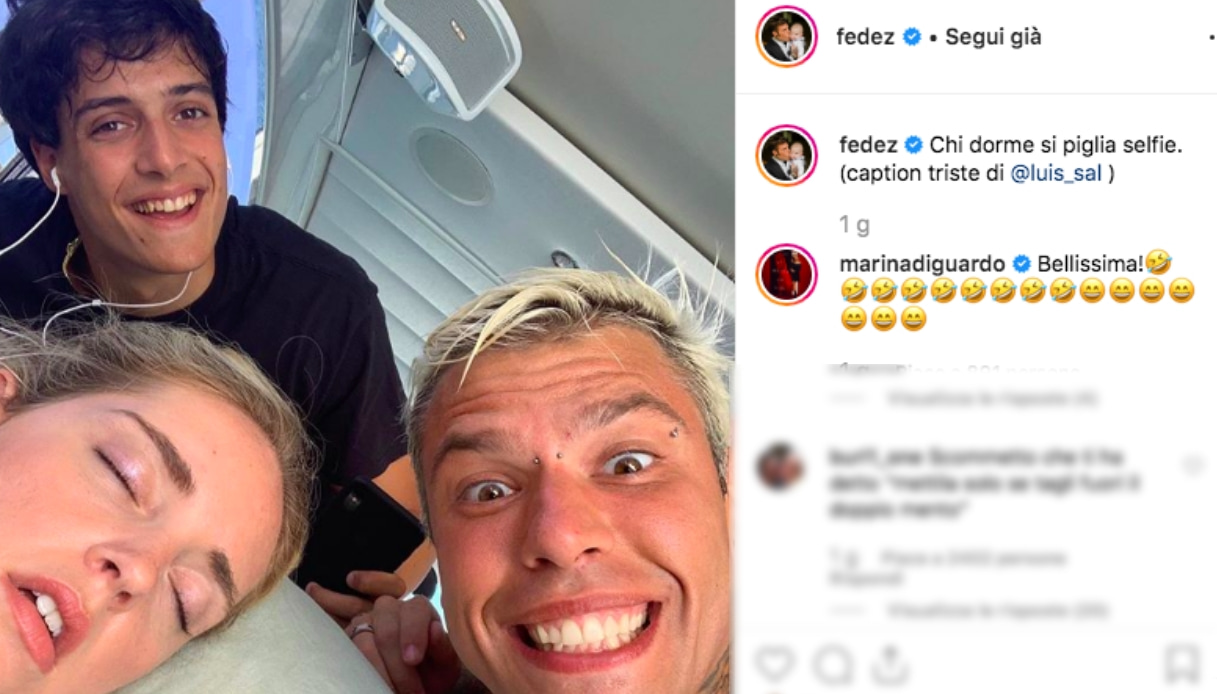