Fifteen parameters will help define the risk of postpartum depression 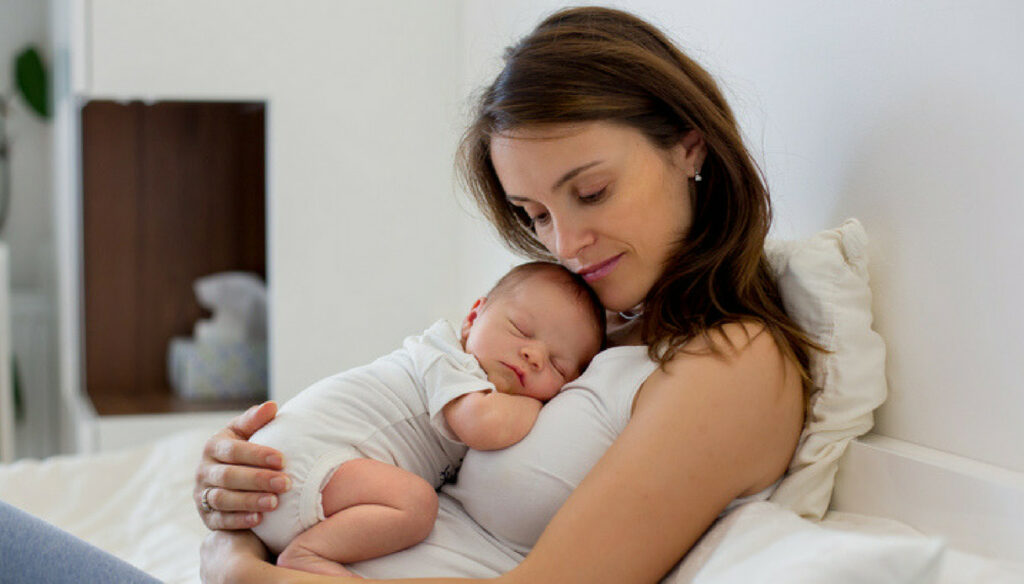 Fifteen biological markers identified that would be able to define postpartum risk: how they work

It is a very strange phenomenon, that of depression in the period following the birth of a child. The mother assumes a gloomy mood, which perhaps manifests itself already towards the end of the pregnancy.

According to statistics, this condition affects about 10-15 percent of pregnant women, regardless of social status and economic conditions. The problem is that, in the face of various types of therapies that can help the new mother, only in less than one out of two cases can the pathology be recognized and diagnosed, which, moreover, often begins to show signs of its presence already. before the end of pregnancy.

The big challenge, therefore, is to arrive early. In this sense, science promises an important step forward, starting from the results of a research published in Translational Psychiatry. Fifteen biological markers, identifiable with a simple blood test, would in fact be able to identify among pregnant women those who are most likely to develop the depressive form, with a reliability of over 80%.

What the research says

The research examined over 110 women in different centers, followed up during pregnancy with quarterly evaluations and then also in the period after childbirth, both from a psychological point of view and in terms of blood tests. Among the parameters that are analyzed through these tests there are obviously those relating to inflammation, which comes into play in the possible genesis of depressive pictures.

On the other hand, expectation in itself can in fact become an inflammatory process for the body of the pregnant woman. On this basis, the experts coordinated by Lena Brundin and Eric Achtyes then proceeded to identify those indices, identifiable through simple blood tests, which can in some way be correlated with the onset of depression.

The reason? These “signals”, like real footprints left on the biochemical soil of the woman’s body, could become effective indicators of the possible risk. By analyzing the results of their tests, the American experts were therefore able to draw up a sort of “program” of exams that could help to identify the women who are more likely to suffer from postpartum depression, with consequent opportunities to develop pathways personalized treatment and monitoring in this sense. Obviously, the research is only in its infancy, but it certainly opens the way to a path of great interest if these observations are confirmed.

Now it is essential that the parameters identified as potential risk markers are also studied in the logic of defining the “acceptable” or otherwise “acceptable” values ​​for each of them, and therefore to investigate their real usefulness.

The importance of the correct diagnosis

Pending this sort of “screening”, in any case, there remains the reality of a problem that unfortunately is sometimes not identified. Statistics show that just under half of women who need help in this sense receive effective help that takes the form of listening, support and adequacy of care. The path to identify any psychological problems should start already during the expectation, when the classic states of anxiety during pregnancy appear.

These conditions progressively increase as the belly grows and if they are present around the thirty-second week they may indicate a greater risk of postnatal depression. In addition to predisposing to postpartum depression, they can also promote the use of smoking, alcohol and the use of psychoactive substances (which act on the brain).

The typical depression in pregnancy which manifests itself as a deeply sad or irritable mood, tiredness and agitation, a feeling of inadequacy with lack of self-confidence, loss of interest or pleasure in common activities, difficulties in attention, concentration and memorization, disorders of the sleep and appetite.

On the other hand, the classic postpartum depression occurs when the woman has a depressed mood for at least two weeks, a lack of pleasure and interest in usual activities and at least five of these symptoms: sleep and / or appetite disturbances, motor hyperactivity or almost complete block of movement, fatigue or lack of energy, feelings of guilt, low self-esteem, feelings of helplessness, impaired ability to think or concentrate, and recurring thoughts of death.

But be careful: this extremely complex picture should not be confused with simple post-partum sadness or “baby blues”, a transient benign syndrome that occurs in the first 48 hours after childbirth and usually resolves spontaneously within a week. Unlike this self-resolving situation, when the woman enters the tunnel of real depression it is necessary to understand her condition and take the appropriate countermeasures.