Filippo Nardi, because in 2020 we can no longer talk about goliardia 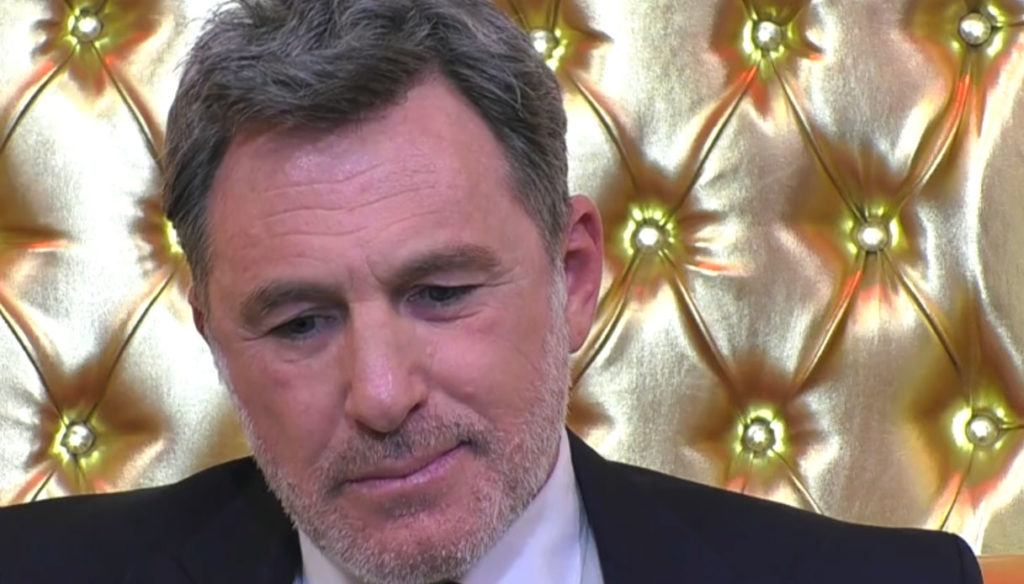 There is one thing that struck me about the elimination of Filippo Nardi from Big Brother Vip, the feeling that he did not understand why what he said caused a fuss.

Despite the "count" apologized, there is a phrase that betrays his state of mind when leaving the Cinecittà House and he pronounces it while he is busy preparing his bags in a hurry: "I did not swear I always asked them if I was exaggerating, ”he says referring to the authors with whom the contestants speak in the confessional.

Let's overlook for a moment the fact that Filippo Nardi was in a reality show seen by millions of people (in which he had already participated, among other things) and that therefore he should have already reflected on his own behavior. What is striking is that he was amazed at the media reach unleashed by his words and how the production did not warn him to put a stop to the language.

This means that a man made and finished has not yet understood that in 2020 certain phrases are no longer admissible. That it is not enough to hide behind the usual excuse of the joke and the student spirit. Vulgarity is not goliardia. Those words are not funny.

The problem, when faced with these situations, is much more complex than we think. In the story of Filippo Nardi a deadly combo is triggered: an introjected and unconscious male chauvinism and a group dynamic that exasperates things.

Let's start with the second. In the group, physical or virtual, we always tend to exaggerate, to emerge, to stand out and seek approval. And jokes have always been the topic in which it is easier to make a pack, to find complicity. This is even more true when you are the newcomer and try in every way to fit in. It is a short circuit that one runs into unconsciously and which is also fueled by the reactions of others. It is unlikely in a group of all men that anyone will raise their hand to point out inappropriate or vulgar behavior. Indeed, always for the same dynamic also the others are led to laugh in order not to be judged, to assimilate to the group.

The same thing, after all, had happened a few years ago, when Salvo Veneziano, again at the GF Vip, had made other sexist and decidedly violent comments against another competitor, Elisa De Panicis. The other competitors had laughed out loud, also ending up in the flurry of controversy.

Even on that occasion, the former pizza chef was amazed by the media echo triggered by his behavior, in his innocent eyes, and by the decision to disqualify him. On that occasion, too, he himself had apologized by insisting that he was not a violent person, showing that he did not get to the heart of the matter. We women do not think that if someone makes a strong comment, with sexual or violent innuendo, he is in himself a violent person. The problem is that there is a difference between a compliment and a vulgar expression. And that difference lies in the consideration one has of a woman's body.

Filippo Nardi's words, like those of Salvo Veneziano, placed the female figure in a condition of object, not of subject. And moreover of a passive object, which undergoes an action by man. This is the most difficult concept to understand when it comes to situations of this type.

I often find myself commenting with other men made like this and the truth is that many fail to grasp this fine line. Most of the time they are led to think that we are exaggerating in the opposite direction, that now we can no longer make a joke, that the tendency is to point the finger for everything.

As if it were a fashion.

It is not completely believed that anything has changed. That things must change. It is believed to be a passing wind. And hence the resistance to really understanding.

To understand that we women are tired of hearing about student spirit, we are tired of not being able to walk freely on the street without a whistle, one word too many. We are sick of having to explain when that word is too much.

A few days ago on Instagram I came across, thanks to Carlotta Vagnoli, author and activist for women's rights, in a survey carried out by the Girls Against Oppression community. Nothing scientific, of course, but a provocation. The platform asked its followers what they would do if, for 24 hours, there were no men in the world. What is surprising is the simplicity of some of the answers, which “make us understand very well the fear and the mechanical nature with which (we women, ed) do many of the most common daily actions”, comments Carlotta.

Well, most of the answers concerned the possibility of taking a walk in the evening, but more generally at any time. Others focused on the freedom to dress as you want, others on the possibility of playing sports in the open air or going dancing. Without receiving harassing comments. Without being afraid of being subjected to violence.

What does all this have to do with Big Brother Vip and Filippo Nardi? All. Because the point is not whether Filippo Nardi, Salvo Veneziano or the protagonist of the current media fuss are sexist or not. The point is that we understand and admit once and for all that the male culture exists. Which is still well established.

And that what we are trying to eradicate is the hardest part to die, that assimilated, secular culture. So much inherent in the mindset that it does not allow any Filippo Nardi to distinguish by himself when the joke exceeds the limit, as to prevent even some women from seeing where that limit is.

In the story of Filippo Nardi, after all, Antonella Elia used the most appropriate words, which would fit well in many other similar situations, for which one may or may not have a sympathy, but who in this case went straight to the point : “I believe you have shown profound ignorance and great vulgarity. I don't think you're sorry enough. I don't think you realize your intellectual and human inadequacy ”.

We will make the step forward when, one at a time, men will realize. And they won't apologize just for quiet living.

Barbara Catucci
6469 posts
Previous Post
Diet with apples, a thousand benefits for the heart and intestines
Next Post
Pilates: what to eat before and after training