Fiorello and Amadeus, the beautiful hug behind the scenes on Instagram 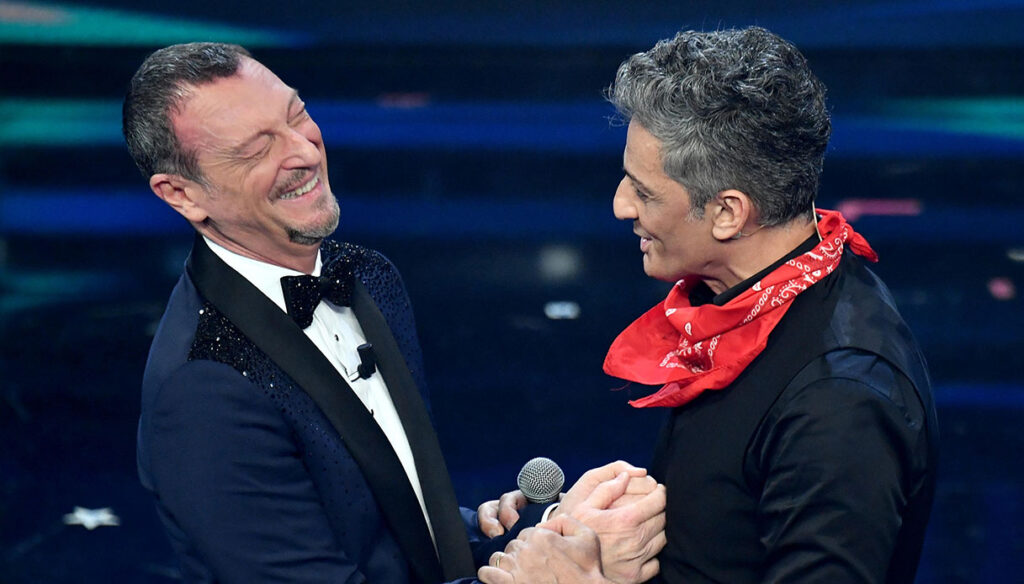 At the end of the Festival, Fiorello and Amadeus find themselves in the hotel and indulge in an intense hug that puts the shivers

Amadeus and Fiorello are two true friends, two who can be defined as brothers, of those with whom you share a bond that goes beyond blood, which strengthens over time.

And the bond between the two protagonists of the Sanremo Festival, after two editions of the event, has undoubtedly strengthened, especially after the latter, which was carried on with great difficulty and with the usual, inevitable, controversies.

But together they managed to strengthen each other, pulling straight ahead and always having fun. And now, for them, it is time to unplug, at least for a few days (not before the last customary press conference with the greetings and pleasantries that are agreed). To seal the power of this bond, however, is an image, published on the Instagram profile of Amadeus and Giovanna Civitillo, which portrays the two friends embracing, in what is most likely the restaurant of the three-star hotel a stone's throw away. from the Ariston in which they stayed for the duration of the event.

In the shot, taken by Amadeus' wife, the two embrace vigorously. Eyes closed, hands strongly clinging to each other, in a moment that seems eternal and from which it is possible to perceive all the exhaustion and at the same time the satisfaction of having completed a mission.

A mission that seemed desperate and that had to overcome several moments of difficulty, not only in the last five days, but especially in the previous weeks, when we went from thinking of keeping the public and insiders on a cruise ship to adopting appearing up to the choice of not having anyone in the audience, which made the work of the director and of the conductors themselves particularly complex, accustomed to being able to breathe every now and then by greeting friends and guests who came to the Ariston.

But in the end all is well that ends well. And even if this was a slightly subdued Festival (how could it not be?), You can't complain about Amadeus and Fiorello, nicknamed the Amarello by the official Instagram profile of Sanremo. So, just as Giovanna wrote in the caption of the photo, we just have to say: thank you. 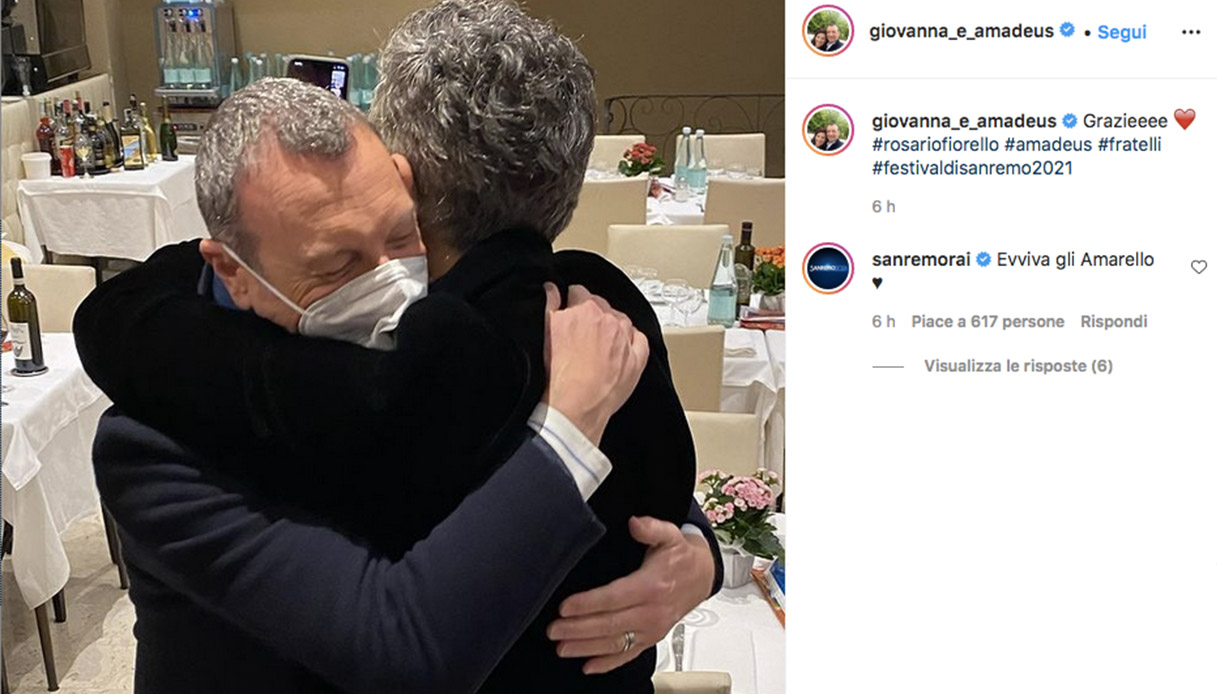 Amadeus and Fiorello, the embrace after the Sanremo final

Barbara Catucci
8009 posts
Previous Post
Meghan against the Royal Family: “Lies about us. Now I can talk "
Next Post
Meghan Markle, the only person who is ready to defend her