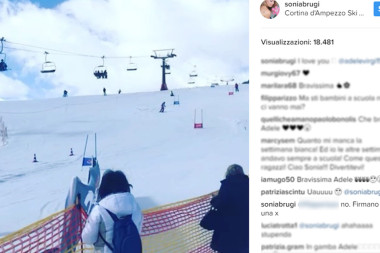 Fiorello and Bonolis criticize the choice of Rai and Mediaset: the companies have in fact reorganized the schedule with a clash between the two showmen. Saturday, March 21 on Rai Uno will air the best of Viva RaiPlay, while in the same time Canale Cinque will propose the replicas of Ciao Darwin. A choice that Fiorello and Bonolis did not like, but also Lucio Presta, a well-known VIP agent and Paola Perego's husband.

Host of the #JovaHouseParty on Instagram, Fiorello explained: “Polemicuzza. Why does a network decide to put Bonolis against Viva RaiPlay? I, he and manager Lucio Presta agree that it doesn't make sense. People must be able to see one and the other, here we don't talk about challenges. What is the meaning of the television challenge today? ". Rosario has revealed to speak also on behalf of Paolo Bonolis, with whom he will probably have discussed this fact, and of Lucio Presta.

The latter released some statements to Adnkronos. “Why put Fiorello and Bonolis on Saturday both? – he said -. Wasn't it better for the audience on different days to enjoy the two programs in replication and editing? Logics that elude me ”. Simona Ventura also intervened on the controversy, who replied by writing: "It's in the DNA!", While Fiorello replied: "Dear Lucio, what can we tell him to do?".

In recent weeks Rai and Mediaset have revolutionized the television schedule, but often the choices made are not liked. A few days ago the Biscione company announced the suspension of Avanti Un Altro, the famous Bonolis show, along with many other programs. The conductor had replied on Instagram, criticizing the decision.

“I have just read the Mediaset press release that informs of the blocking of three broadcasts: Forum, Men and Women and Avanti another – he wrote -. I take note of the corporate decision, but I read in their text the following sentence: "the recordings of the new episodes of the three programs will resume as soon as the situation permits". I do not understand. Our bets are all already registered. The ratings are excellent and people, in these difficult days, find a moment of leisure in them. Why interrupt us when the product is complete and already at their complete disposal therefore not requiring further registration? Mah ".